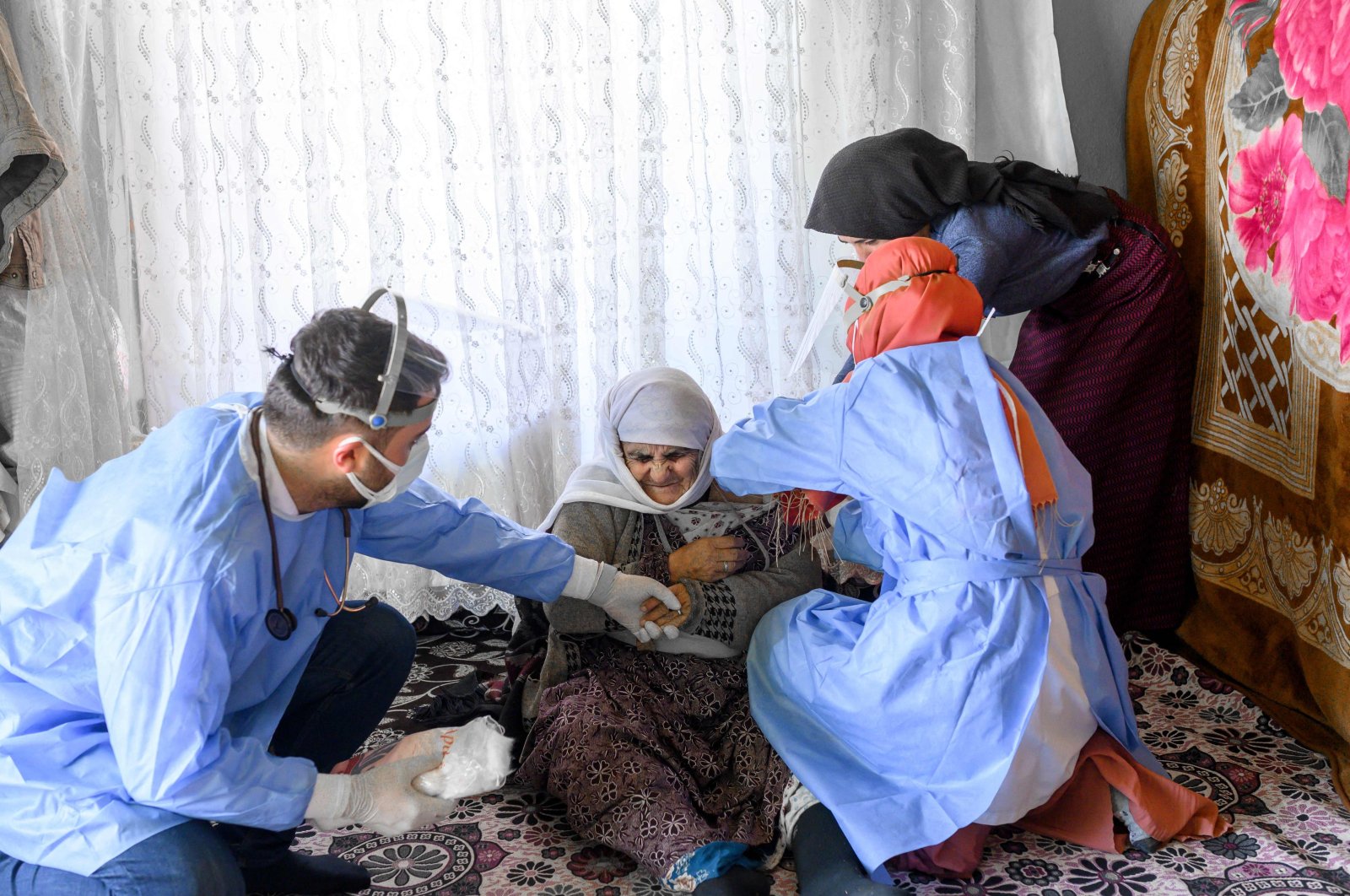 Berfo Arsakay (C), 101 years old, receives a vaccine from nurse Yıldız Ayten (R) from the Bahçesaray public hospital vaccination team as part of an effort to vaccinate residents 65 years old or above against COVID-19, in the village of Güneyyamaç in eastern Turkey, Feb 15, 2021. (AFP Photo)
by Anadolu Agency Feb 23, 2021 9:40 pm

The country's overall case count has passed 2.65 million, while the death toll now stands at 28,213, with 75 fatalities recorded over the past day, according to the Health Ministry.

As many as 5,546 more patients won the battle against the virus, taking the total number of recoveries to over 2.53 million.

More than 32.56 million coronavirus tests have been done in Turkey to date, including 123,734 since Monday.

The latest data shows the number of COVID-19 patients in critical condition stands at 1,185.

Turkey began a mass COVID-19 vaccination campaign on Jan. 14 and has administered over 7.4 million vaccine doses as of Tuesday.

Since last December, Turkey has had curfews on weeknights and weekends to curb the virus's spread.

The pandemic has claimed more than 2.47 million lives in 192 countries and regions since December 2019.

Over 111.89 million cases have been reported worldwide, with recoveries now above 63.13 million, according to figures compiled by the U.S.' Johns Hopkins University.

The U.S., India, and Brazil remain the worst-hit countries in terms of infections.