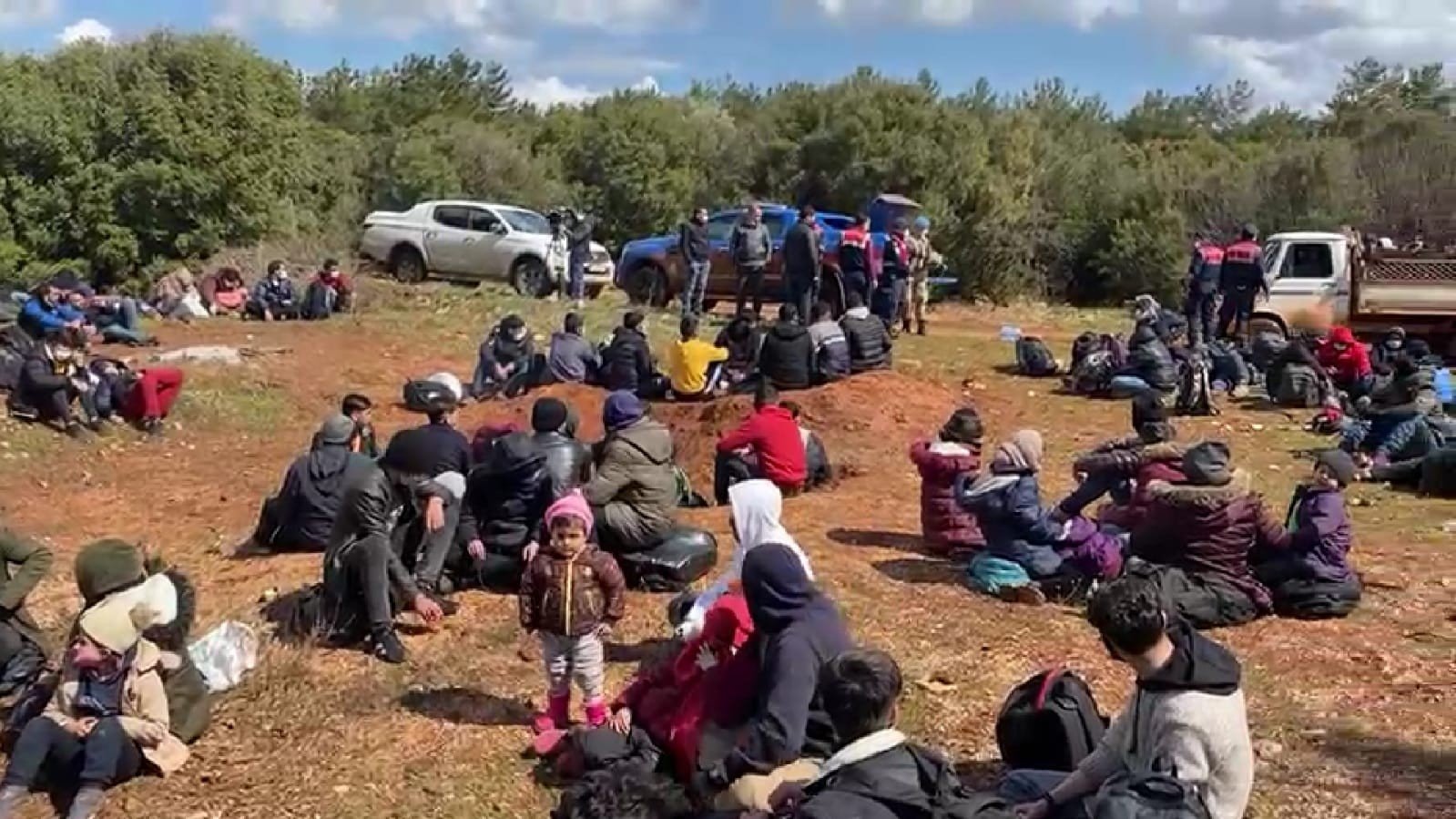 Irregular migrants wait to be processed after being rescued by Turkish Coast Guard in western Izmir province's Urla district on March 18, 2021 (IHA Photo)
by Anadolu Agency Mar 19, 2021 12:46 am
RECOMMENDED

Turkish security forces rescued a total of 255 irregular migrants throughout the country late Thursday, including those who were pushed back by Bulgarian authorities.

Security sources said at least 23 asylum seekers claiming to have been beaten and deported by Bulgarian authorities were rescued in northwestern Turkey.

The Syrian and Iraqi nationals were held by gendarmerie teams in the villages of Ahlatlı and Beyci in Kofçaz district and in an area near the Dereköy Border Gate in Kırklareli province bordering Bulgaria, said the sources, who asked not to be named due to restrictions on speaking to the media.

The asylum seekers told Turkish forces that they had crossed the border but were arrested by Bulgarian police who beat them, took away their valuables and left them on the Turkish side of the crossing.

After routine medical checks, they were first sent to the provincial gendarmerie command and then transferred to a local repatriation center.

Meanwhile, 28 irregular migrants were held in Tatvan district in eastern Bitlis province, according to the provincial governorate. The district lies on the western shores of Lake Van, which serves as a crucial transit point for migrants entering Turkey from the Iranian border.

Another 204 asylum seekers were rescued while trying to illegally cross the Aegean into Greece off the coast of Urla district of western Izmir province.

The asylum seekers were rescued by gendarmerie teams upon calling an ambulance for help.

Turkey hosts nearly 4 million refugees, more than any other country in the world.