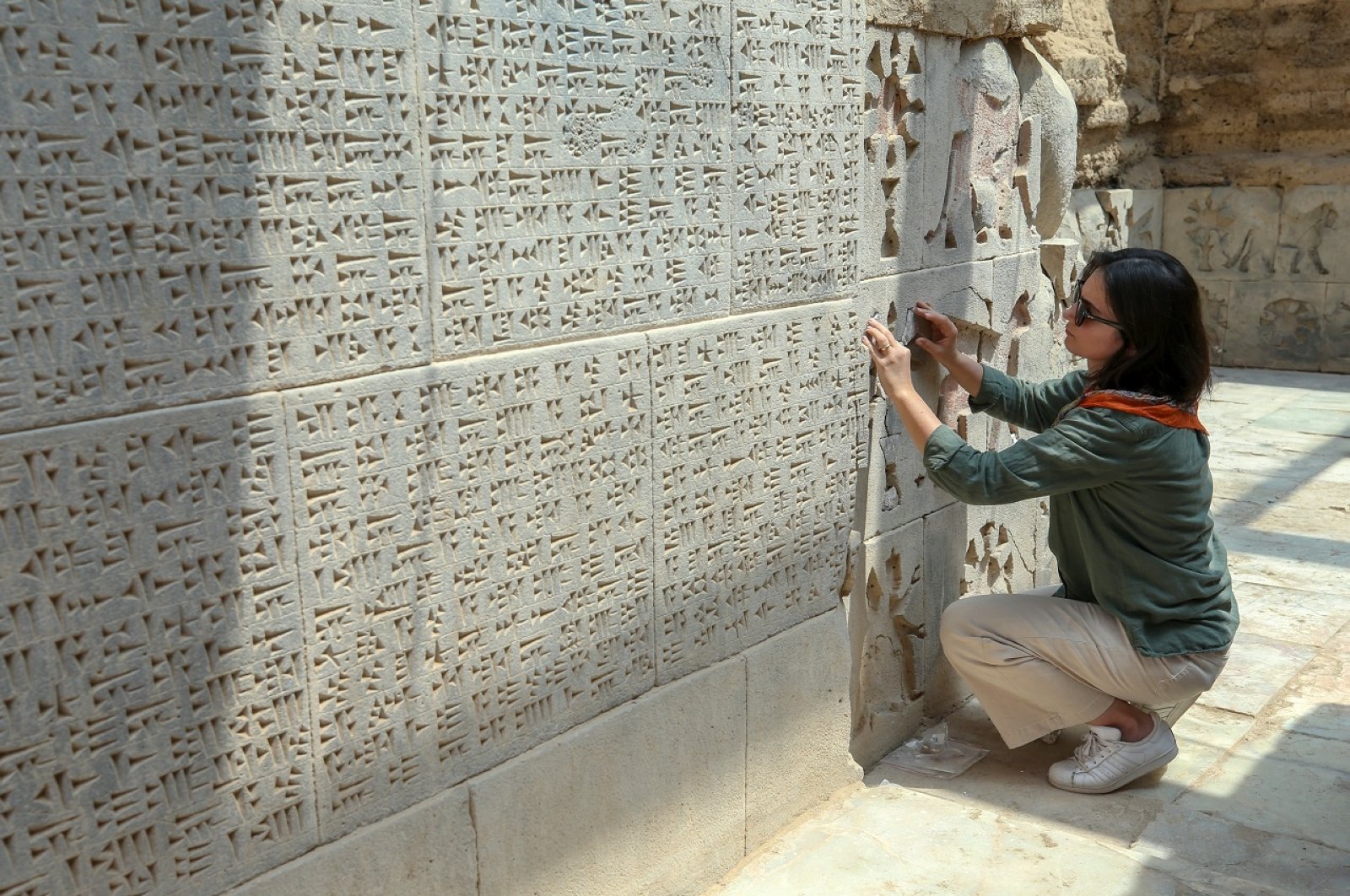 Turkish archaeologists are restoring stone carvings of a 2,700-year-old castle in eastern Turkey. The Ayanis Castle atop a hill overlooking Lake Van was built by Urartian King Rusa II. The excavation and restoration work has been ongoing for 31 years as the castle is among the most magnificent structures of the Iron Age Kingdom of Urartu with its mudbrick walls and stone engravings.

This year a team of 30 experts is taking part in the excavation under the direction of Mehmet Işıklı, an archeology professor at Atatürk University. The engraved stones are being placed at their original location in the Haldi Temple, one of the holiest places of the Urartu period. Işıklı told Anadolu Agency (AA) that they were carrying out important work to shed light on the last magnificent castle of the Urartians. "We are doing excavation work in a very restricted area,” he said. "Our aim is the Haldi Temple, which is the most important part of the castle, and the building complexes associated with it," he said.

Highlighting that the site is one of the best-preserved heritage sites of the Urartians, Işıklı said the core temple, the podium hall and the extraordinary stonework are intact. He went on to say they wanted to open the castle for tourism. "Especially the temple, there are walls there decorated with ornaments known as intaglio made on stone carving that are one-of-a-kind,” he said, referring to a technique specific to the site. "There are alabasters decorated with extraordinary workmanship. We had to do very serious stone restoration in this area,” he added.

Işıklı said that they aimed to create a whole with original parts. "We plan to create an open-air museum that protects the entire temple area around a roof and shares the sacred values ​​of the Urartians and reflects their culture," he said.

Ayşegül Akın Aras, a research assistant in the Archeology Department of Atatürk University, said that they were working meticulously to place the original intaglio on the walls of the temple. "The Urartians carved the stone blocks and put different ornaments in line with their religious customs,” Aras said. "We place the engraved original pieces on these carved stones. Once the original stones are found, the temple will serve tourism in all its glory,” she added.