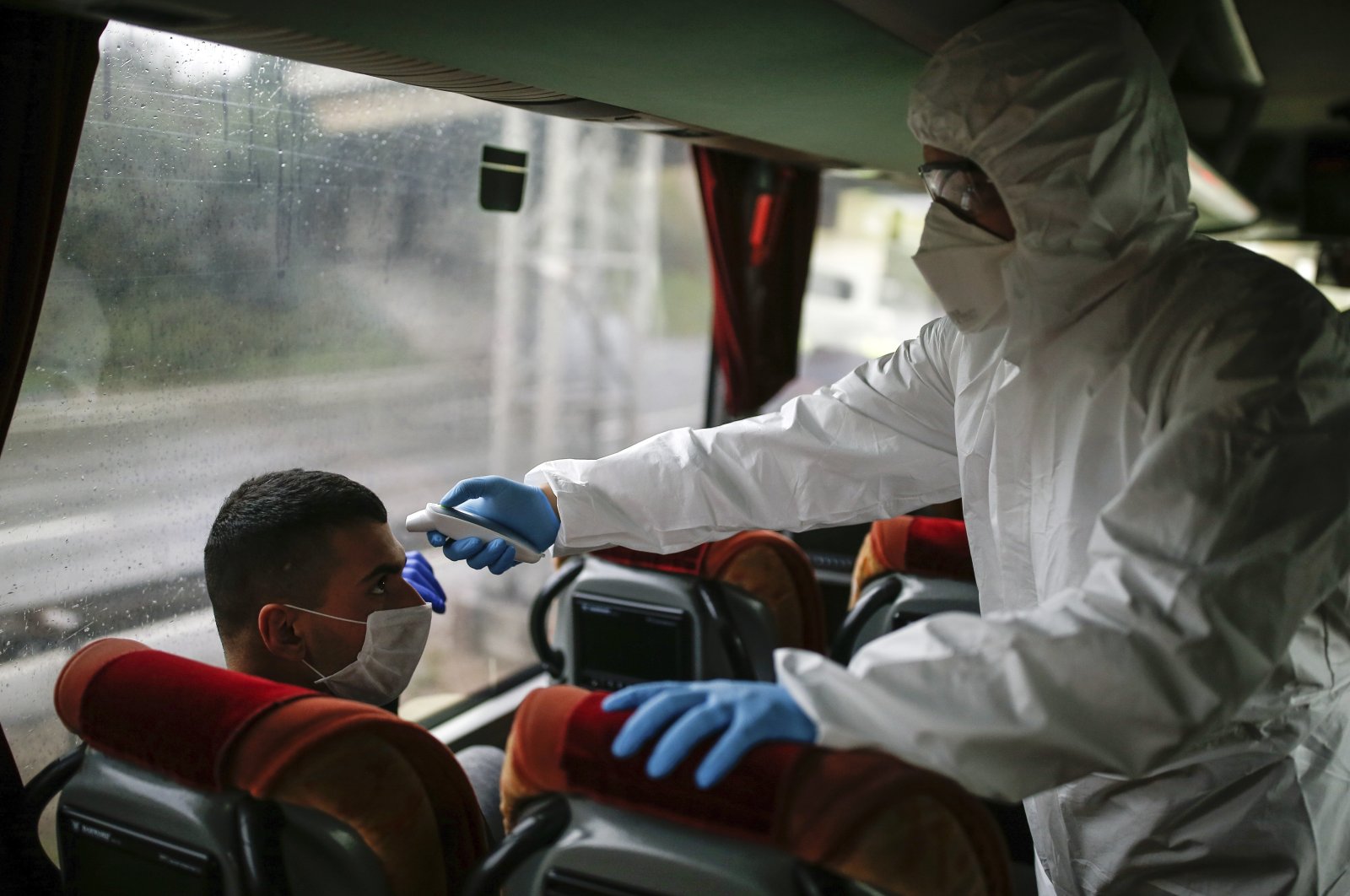 A health official measures the body temperature of a passenger on a bus at a checkpoint, on the Asian side of Istanbul, March 29, 2020. (AP Photo)
by DAILY SABAH Sep 25, 2020 8:06 pm
RECOMMENDED

According to daily data released by the ministry, the new infections were identified in more than 112,885 coronavirus tests, taking the total number of cases in the country to 311,455.

The nationwide death toll from the disease has surged to 7,858, with 73 new fatalities. The total number of those who have recovered from COVID-19 increased to 273,7282, with 1,318 patients declared free of the coronavirus in the past day.

During a news conference Friday, Koca said that nationwide measures and regular inspections to ensure compliance with these rules helped Turkey bring the “speed of the outbreak” under control in the last week.

He stressed, however, that "this should never, ever lead us to end the vigilance."

After bringing the speed of the outbreak under control, Turkey expects the number of patients to drop further within the next 10 days, Koca emphasized.

“We aim to reduce the number of patients with measures aimed at relieving the burden (the outbreak) has placed on our hospitals,” he said.

He noted that the average time of reaching out to those who were in contact with a positive patient had decreased to 13 hours.

“We will succeed the earlier we isolate the contacts of positive patients. Turkey is among the best countries in the world in contact tracing,” Koca said.

In an effort to halt steadily rising rates, the government has introduced several measures, making wearing masks outside mandatory across the country and running mass transit at a reduced capacity.

COVID-19 has claimed more than 984,500 lives in 188 countries since last December. Over 32.3 million cases have been reported worldwide, according to figures compiled by the U.S.-based Johns Hopkins University.