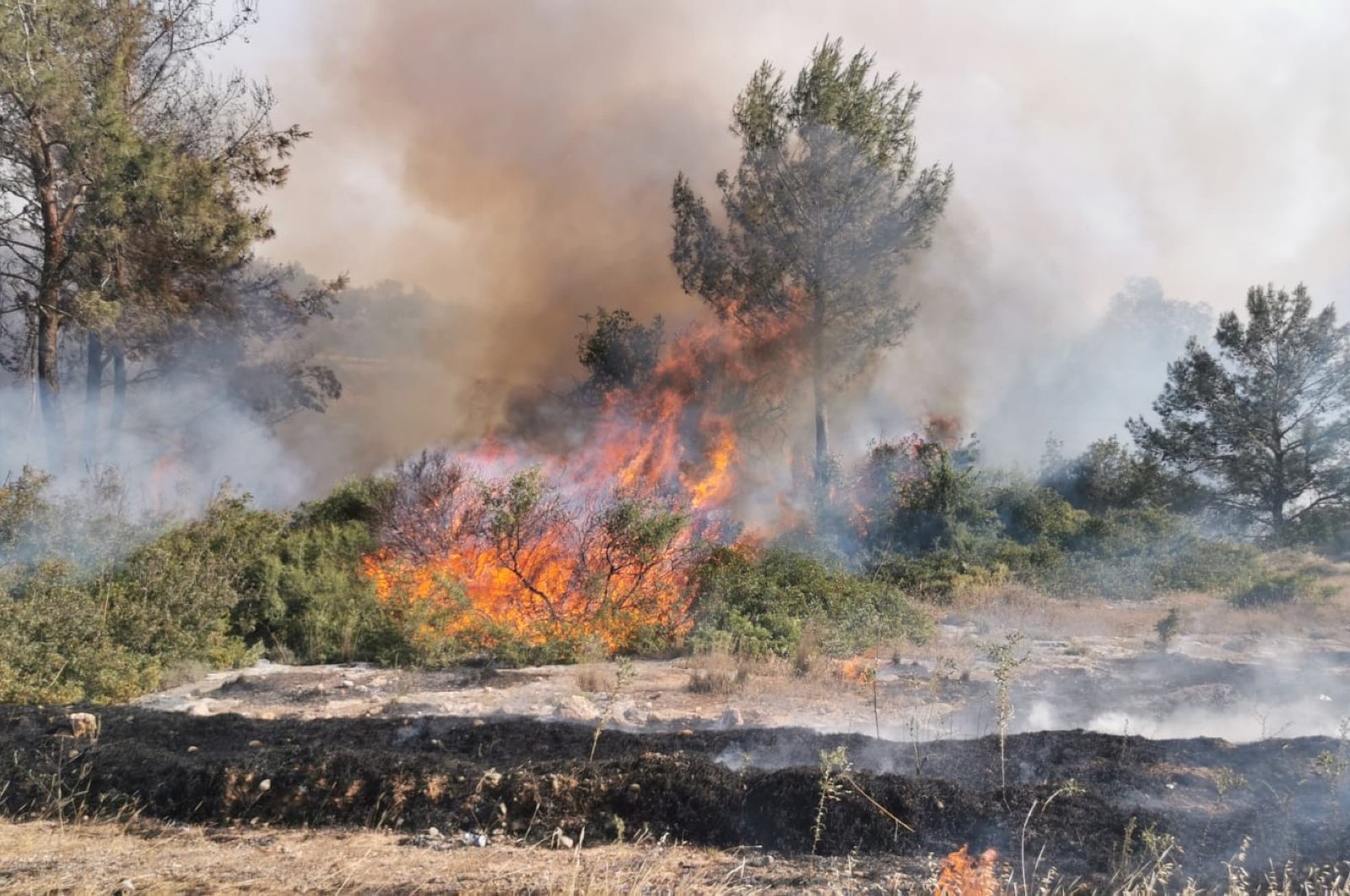 A forest fire broke out in the Turkish Republic of Northern Cyprus' (TRNC) coastal city of Girne on Sunday, as heat waves continued to grip the island.

The fire occurred in forestland in the Tepebaşı district, with no further details reported yet.

Oktay also said the country closely observes the situation, stressing that it supports the TRNC with all its institutions, particularly the Agriculture and Forestry Ministry.

Meanwhile, two aircraft dispatched by the Greek Cypriot administration for the first time helped to fight the fire.

A fixed-wing aircraft and a helicopter have been helping to battle the blaze following a request by Turkish Cypriot leader Mustafa Akıncı, the Greek Cypriot administrations' spokesman Kyriakos Koushos said.

The wildfire has scorched hundreds of acres of forest near the tip of Morphou Bay in the north and has forced the evacuation of dozens of people while some needed medical care.

The outreach by both sides comes at a time when efforts to resolve the country's ethnic split have been at a complete standstill. Meanwhile, crossing points along a 120-mile (nearly 200-kilometer) U.N.-controlled buffer zone that divides the country remain closed because of measures aimed at preventing the spread of COVID-19.

Although both sides have been gradually rolling back restrictions on movement, the crossing points remain closed. The Greek Cypriot administration will lift all restrictions, including a nighttime curfew, on May 21, but commercial air traffic is expected to resume in mid-June.

Cyprus was split in 1974 when Turkey invaded following a coup by supporters of union with Greece.