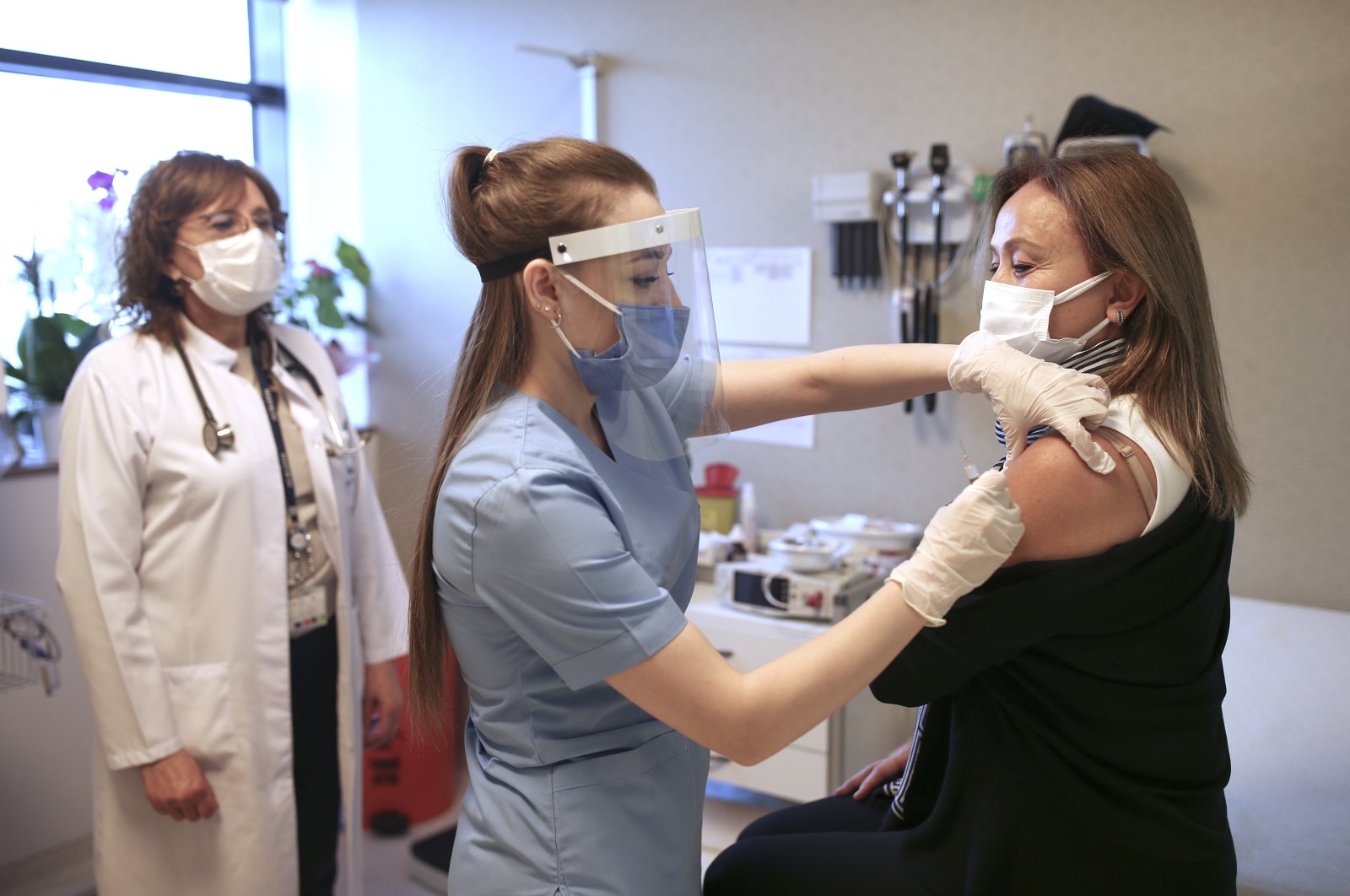 Officials announced Thursday that a vaccine by China’s Sinovac proved highly effective in preventing coronavirus infections in trials, and the country would receive the first shipment Monday. Experts urge the public to get vaccinated and resist skepticism

Getting a COVID-19 vaccine may come with a very low risk, but not getting vaccinated is far riskier, professor Tevfik Özlü says. Özlü, a member of the Health Ministry’s Coronavirus Scientific Advisory Board, is among a growing list of experts looking to convince the public to get vaccinated against the coronavirus. Vaccination is seemingly the most viable option to gain an upper hand against the deadly disease, and Turkey is counting on both its own products and imports from abroad to accomplish the task.

Health Minister Fahrettin Koca announced Thursday after a meeting of the advisory board that the first shipment of coronavirus vaccines developed by Chinese biopharmaceutical company Sinovac will be dispatched to the country Sunday night and will arrive Monday.

An infectious disease expert serving on the board joined Koca at a news conference in the capital Ankara and said CoronaVac is 91.25% effective, and the rate is likely to increase based on late-stage trial data. Dr. Serhat Ünal announced the initial results following randomized trials involving 7,371 volunteers and said the vaccine was safe. Ünal said no major side effects were detected during the vaccine trials in Turkey, except in one case where an allergic reaction occurred.

Vaccination is not mandatory, but vaccine skeptics and anti-vaxxers thrive on social media, spreading conspiracy theories ranging from microchips that would be secretly injected into the body via the vaccine to allegations of genetic alteration in the vaccinated population.

Özlü said the risks related to vaccines are “low and easier to take,” but “infection and risk of death (due to COVID-19) is far bigger.” Speaking to Demirören News Agency (DHA) on Friday, Özlü said hesitation among the public about the new vaccines is somewhat reasonable, but people will feel more comfortable about them once the mass vaccination begins. “As health care workers, we will be the first to be vaccinated, and I believe this will give a sense of security to others. Certainly, there might be a possible side effect, but that applies to all types of vaccines, for all types of diseases. Even some vaccines currently in use and approved years ago occasionally cause unforeseen problems, but those are very low possibilities, one in a million or even less. Fearing such a low possibility as bigger than the danger of COVID-19 is not reasonable,” he said.

Common adverse effects caused by CoronaVac were fever, mild pain and slight fatigue, according to researchers in Turkey. Researchers say 26 of the 29 people who were infected during the trial were given placebos, adding the trial would continue until 40 people become infected. "We are now certain that the vaccine is effective and safe (to use) on Turkish people," Koca said Thursday, adding that they would use the data for licensing the vaccine. He also said that researchers initially planned to announce the results after 40 people were infected, but that the findings showed the volunteers had minimal adverse effects after the shot and that it was therefore deemed safe. "Despite it being risky, we saw a very light picture where three people's COVID-19 tests were positive, with no fever or respiratory problems ... We can easily say that despite (the disease) being risky, those three people went through it very lightly," he said.

Turkey had agreed to buy 50 million doses of Sinovac's shot to be delivered by Dec. 11, but the shipment was delayed. Koca said 3 million doses would arrive Monday, adding that Turkey would vaccinate some 9 million people in the first group, starting with health workers. Sinovac has also signed supply deals with countries including Indonesia, Brazil, Chile and Singapore, and is negotiating with the Philippines and Malaysia. CoronaVac has been given to tens of thousands of people under an emergency use program China launched in July targeting specific groups with high infection risk.

It is based on traditional vaccine technology that uses inactivated coronavirus strains that cannot replicate in human cells to trigger an immune response. Vaccines developed by Pfizer, BioNTech and Moderna use a new technology called synthetic messenger RNA (mRNA) to activate the immune system against the virus and require far colder storage. Pfizer's treatment is the first fully tested COVID-19 shot to be administered, with rollout already underway in Britain and the U.S. Koca said Turkey would sign a deal with Pfizer-BioNTech for 4.5 million doses of their vaccine to be delivered by the end of March, with an option to buy another 30 million doses later.

“About 250 people die every day in Turkey because of the coronavirus. Without vaccination, deaths will prevail. We have a responsibility to stop these deaths while we have the ability to do so. Vaccines are safe because they are tested on thousands of people around the world and no serious side effects were reported. Such serious, common side effects would definitely emerge in such a massive trial process. Certainly, there may be reports of side effects after that point, but they would be rare and they are a risk we should take. It is like not boarding an airplane because of the possibility it might crash,” Özlü said.

The country has reported more than 2.1 million cases since March, and the virus has claimed the lives of 19,115 people. The number of recoveries exceeded 1.9 million while the number of tests reached 23.2 million. The number of daily cases is currently on a gradual decline, though it remains above 18,000. The decline is linked to a set of restrictions the country imposed, including weekday nighttime curfews and a 56-hour partial lockdown every weekend. A four-day curfew will also be in place during and after New Year's Day.

President Recep Tayyip Erdoğan also called on the public to get vaccinated. The president, who earlier said he would get a jab himself, told reporters in Istanbul on Friday that the public should be sensitive on the issue and heed the statements of medical professionals. “I hope we will demonstrate a strong stand against this coronavirus trouble,” Erdoğan said. He also urged compliance with pandemic-related restrictions. “Our security forces will take all measures and we will not allow any New Year's parties, either in hotels or villas,” Erdoğan said. He was referring to the media reports that said some hotels and owners of villas were planning to secretly organize parties despite a ban.

Professor Faruk Aydın, head of the Clinical Microbiology Department at Karadeniz Technical University (KTÜ) in northern Trabzon, said the vaccines will be of tremendous help against the pandemic. “There are no promising developments for the complete treatment of COVID-19 with drugs. Besides, you cannot stop the pandemic by simply treating the patients. You have to drain the swamp. We need to stop infections, to reduce the number of people infected. This requires herd immunity. Herd immunity, unfortunately, did not happen, likely due to the features of this new virus. So, we have to wait for vaccines," he said.

“There is no use to avoid vaccination. On the contrary, it is damaging for you, your family and society in general. I am aware of anti-vaxxers and I recommend to everyone I come across to get vaccinated as this is the best way of protection. Even a 70% rate of vaccination will help our fight against the outbreak. Personally, I will get vaccinated, regardless of its producer,” he told Anadolu Agency (AA) on Friday.