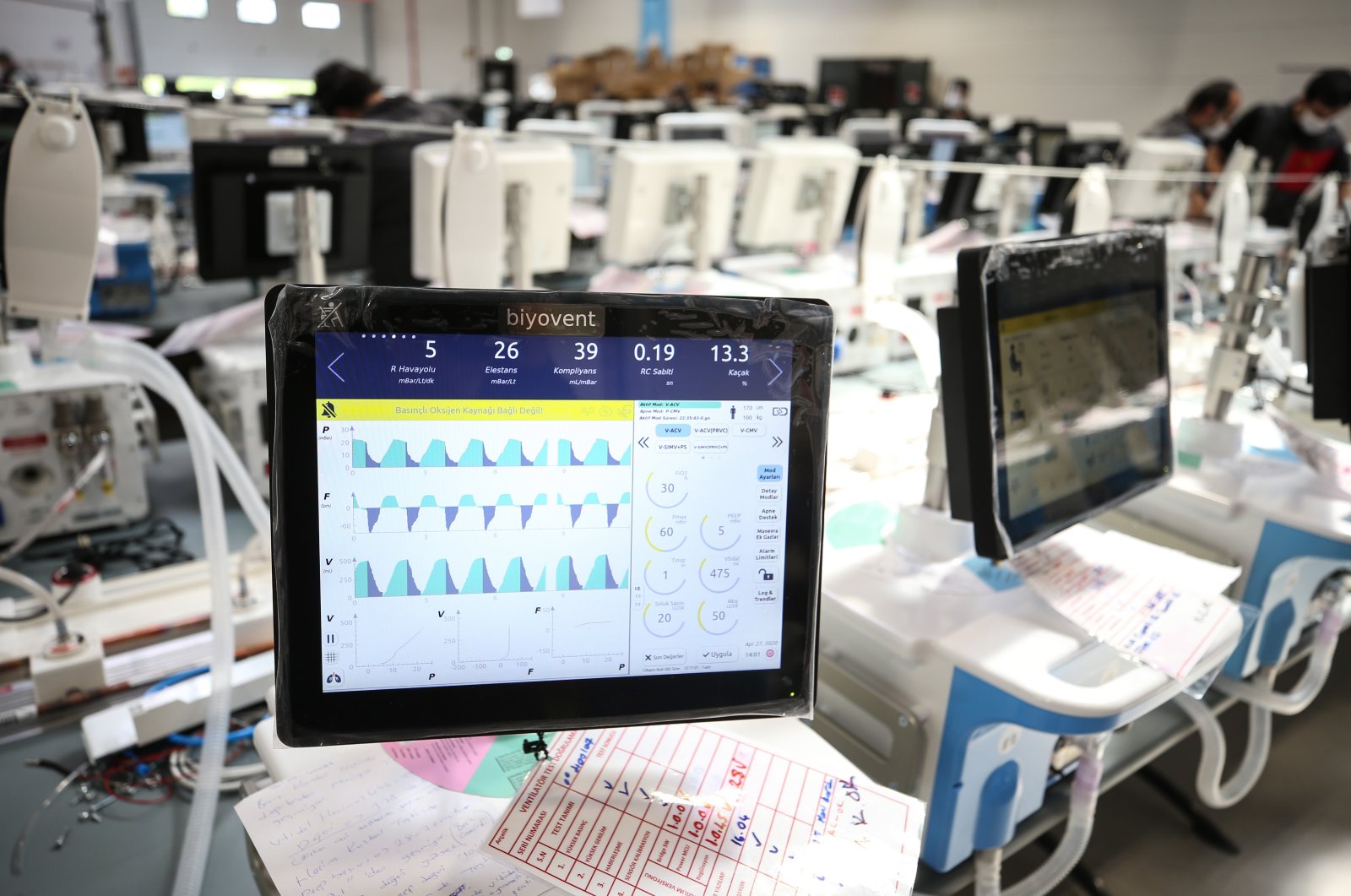 With the COVID-19 pandemic causing a shortage of ventilators and personal protective equipment shortages worldwide, Turkey has ramped up its efforts to develop and produce medical devices domestically, rather than relying on foreign suppliers.

With severe shortness of breath a hallmark of the virus, the pandemic immediately raised the need for medical ventilators, resulting in a fresh impetus for defense, technology and automotive companies across the globe to research and manufacture the devices.

Over the last month, Turkey rushed to establish mass production of mechanical ventilators, devices critical for the treatment of COVID-19 patients.

Expenditure on the import of medical devices, such as ventilators or X-ray systems, has ratcheted up to more than $8 billion over the last five years, despite a gradual decline in dependence.

Local defense and appliance firms Baykar, Aselsan and Arçelik supported the production of medical technology firm BIOSYS' mechanical ventilator, rolling out 100 units off production lines over the course of just two weeks. As part of the project, 5,000 units will have been produced by the end of May.

The company has developed a mobile X-ray system and focused on mass production, according to information provided by Turkey's Defense Industries Presidency. The system, which can be easily transported, is expected to be ready in one and a half years, the presidency noted.

As part of its efforts, ASELSAN has designed and produced several parts of the X-ray system domestically, including its generator, collimator, detector and cables. ASELSAN has also put a focus on producing other medical equipment, such as MRI scanning equipment.

Turkey ranks first in the world in terms of intensive care beds available, with 40 per 10,000 citizens, compared to the 28 per 10,000, according to the average rates of Organisation for Economic Co-operation and Development (OECD) countries.

According to Koca, Turkey had around 17,000 mechanical ventilators before the coronavirus pandemic, while several major countries, such as the U.K., had less than 10,000. The country has focused on building hospitals throughout the country to cater to a high patient capacity, equipping each with modern medical devices.

While many developed countries provide very expensive health care, Turkey's health care system is all but free to its residents.