Turkey stops over 5,000 illegal migrants at Aegean Sea this year 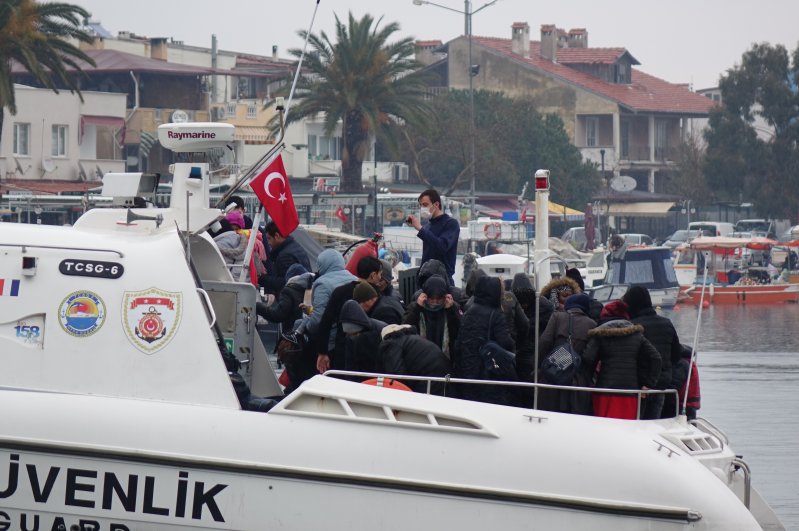 Illegal migration remains a challenge for Turkey which sits at the crossroads of Europe and Asia. The Aegean Sea is still a hotspot for migration attempts to Europe.

Since Jan. 1, Coast Guard officers have intercepted 5,780 illegal migrants at the Aegean Sea and the vast Aegean coastline stretching from Muğla in the south to Çanakkale in the north. In January alone, 4,062 migrants were stopped in 112 incidents.

The official figures show 26 people died en route to Europe in the same period, mostly due to drowning and hypothermia during the dangerous journeys to the nearby Greek islands. Three migrant smugglers were also detained in operations between January and February this year. Most illegal migrant movements were concentrated in cities of Çanakkale, Balıkesir and İzmir.

Each year thousands of illegal migrants, many of them fleeing war, hunger and poverty back in their home countries, take a dangerous route to cross into Europe seeking a better life.

Some of the migrants reach Turkey on foot before eventually taking a dangerous journey across the Aegean to reach the islands of Greece, their gateway to Europe.

Turkey held 1.2 million illegal migrants and over 27,000 human traffickers over the past five years.

Illegal migration has gained momentum in recent years due to a number of domestic upheavals, economic crises and political uncertainty afflicting countries such as Afghanistan, Pakistan, Syria, Iraq and Iran, as well as others in the African continent.