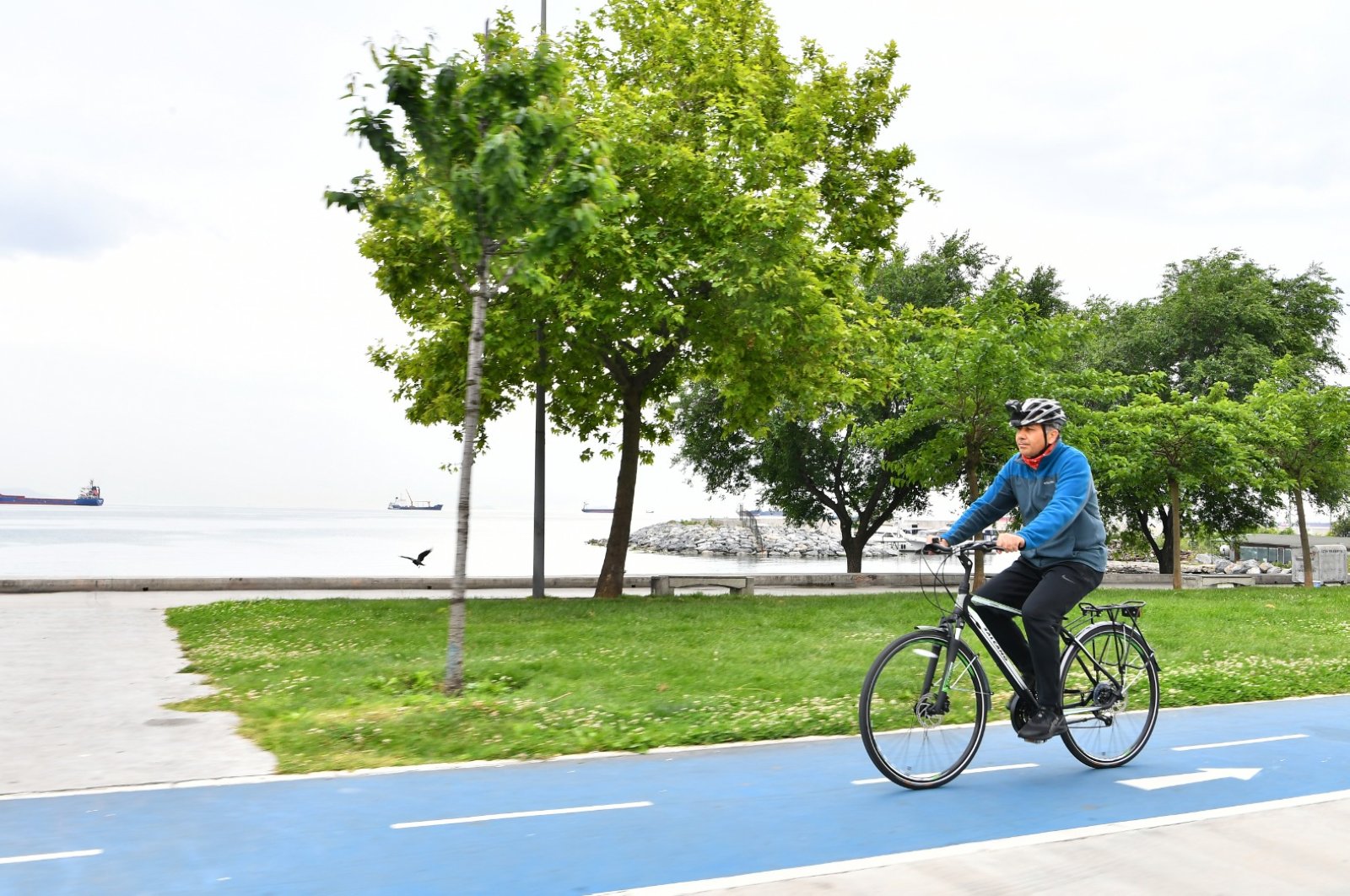 Seeking to promote healthier lifestyles and decrease emissions from motor vehicles, Turkey has unveiled an ambitious plan to enlarge its national cycling lane network. Speaking to Anadolu Agency (AA) on World Bicycle Day on Wednesday, Environment and Urban Development Minister Murat Kurum said the country would establish 4,775 kilometers of bicycle lanes by 2023, in line with the centenary of the Republic of Turkey.

The lanes will be integrated into Europe's EuroVelo, a network of 15 long-distance cycle routes connecting the continent. Kurum said a section of the network spanning 1,650 kilometers in total would see its construction completed by the end of 2020. The minister added that the lanes would benefit both amateur cyclists and those seeking to embark on professional bicycling tours.

Along with urban locations, bicycle lanes are being built in preserved areas like national parks. For instance, lanes will be built between the western city of Izmir and the Mediterranean city of Antalya, a route passing through popular vacation resorts and historic sites from Datça and Knidos to Patara and Bodrum. Lanes will also be built around Lake Tuz in central Turkey.

Under a new regulation that came into force in 2019, it is mandatory for bicycle lanes and parking spaces to be included in new zoning plans.

Bicycle lanes are also being integrated into other means of transportation, such as mass transit, and connecting residential areas, sports facilities and busy public spaces. In places without zoning plans, like rural areas, simpler paths will be built for cyclists. The regulation also defines “cycling highways, bridges and tunnels,” a landmark change for a country in which cyclists often have to ride on the side of highways due to a lack of bicycle lanes, risking their lives.

Cycling in Turkey has witnessed a renaissance since the government organized a health campaign to combat sedentary lifestyles and obesity. However, cyclists face several obstacles riding in crowded cities, namely the limited availability of lanes that can save them from riding on congested roads and reckless motorists. To address this problem, a number of metropolitan municipalities recently unveiled plans to build more lanes dedicated to bicycles.

The government has also launched a campaign to encourage the country's youth to use bicycles. Tens of thousands of bicycles have been delivered to schools across the country for students to use in physical education classes.