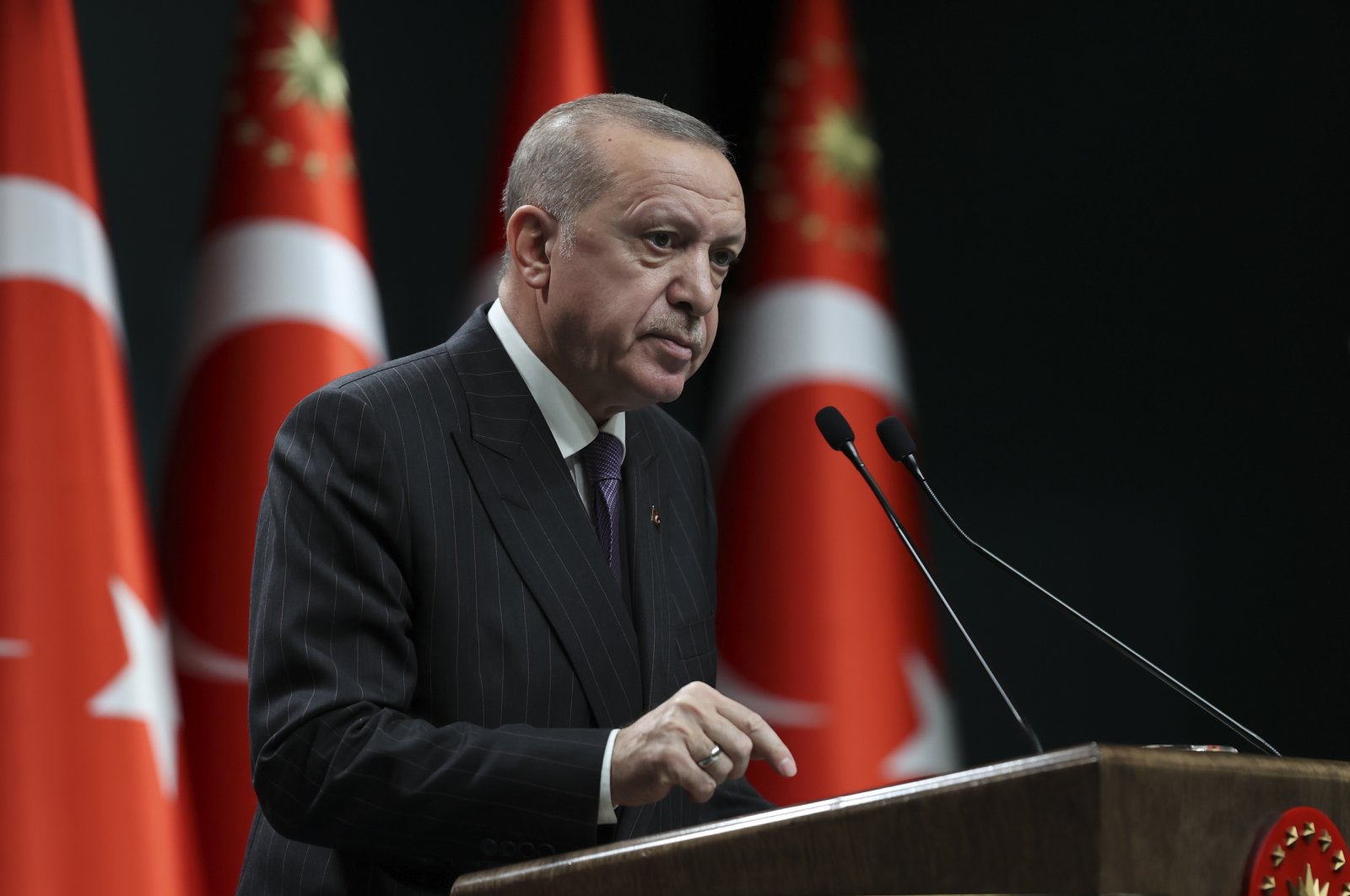 A four-day curfew will be implemented from 9 p.m. on Dec. 31 to 5 a.m. on Jan. 4 over the upcoming New Year's weekend as part of measures against the coronavirus, President Recep Tayyip Erdoğan said during a press conference at the Presidential Complex in Ankara following a Cabinet meeting.

"Thanks to our measures so far, we have observed a serious decline in the number of COVID-19 patients and deaths compared to other countries," he added, underlining Turkey's efforts in the face of the pandemic.

Weekend lockdowns continue in the country to curb the surge in coronavirus cases. People are permitted to go to nearby supermarkets and bakeries during the day; however, those violating the curfew are fined.

Erdoğan touched upon the coronavirus's negative effects on the economy and emphasized the precautions being taken by the Turkish government to battle them.

"Our first and foremost focus is to be among the top countries in the post-pandemic era," he said.

"We are taking steps to ensure economic growth, investment and employment opportunities."

As of Monday, Turkey registered a total of 16,646 deaths due to the coronavirus, while over 1.63 million people have recovered from the disease. Currently, there are over 1.86 million confirmed cases in the country.

The virus has claimed more than 1.61 million lives in 191 countries and regions since the first cases were reported in Wuhan, China last December, according to the U.S.' Johns Hopkins University.

Over 72.44 million people have been infected with the virus, and more than 47.4 million have recovered from the disease.

The president also underlined the stability of the Turkish banking sector.

"Turkish banking sector has operated normally even during the #COVID19 pandemic so far," he said.

"Our banks have a foreign currency surplus," Erdoğan added.

Erdoğan further made a surprise announcement, saying that the country is preparing its own space program.

"We will unveil our National Space Program in the upcoming weeks," he said.