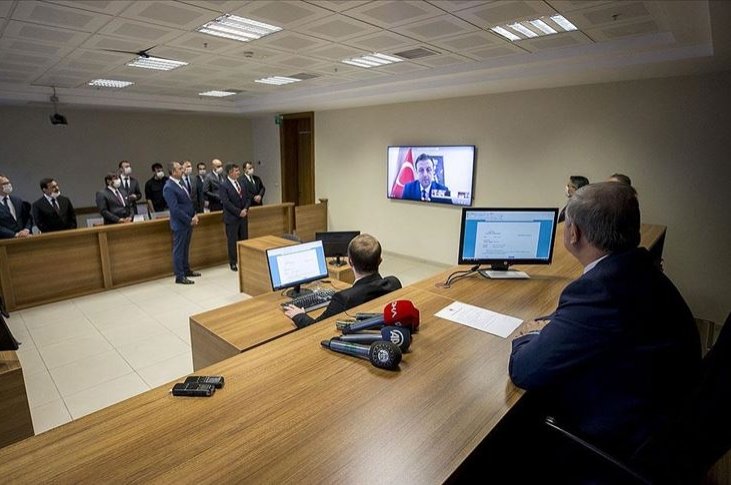 Turkey will launch a pilot scheme for its electronic hearing system in the new judicial year, Justice Minister Abdülhamit Gül said Monday. "The new judicial year will be a period in which the ‘e-hearing,' whose testing process is continuing with success, will be practiced as part of a pilot scheme and expanded,” Gül said in a statement ahead of the legal year set to begin Tuesday. In June, Gül attended a test run of an e-hearing platform at an Ankara courthouse. The process will allow lawyers to attend hearings via videoconference on Turkey’s National Judiciary Informatics System (UYAP).

"The new judicial year will be a year in which we can further strengthen the rule of law, which is a guarantee of our rights and freedoms,” Gül said. "A society whose expectation of justice is met and the needs for justice is satisfied will be the guarantee and protect the rule of law,” he added.

Last month, Parliament approved a set of new regulations aiming to overhaul the judiciary system, overburdened with mounting cases. The reform package aims to reform the judiciary and boost remote hearings at a time when they are most needed in light of the ongoing coronavirus pandemic. The package also aims to increase access to private hearings, which will provide for greater secrecy, particularly important for children in cases of abuse or divorce and custody hearings. In other changes, judges may be allowed to refuse cases and encourage the sides to apply for mediation. The package also paves the way for the ability of courts to handle commerce-related disputes.