'Turkey to receive 100M COVID-19 vaccine doses by May end' 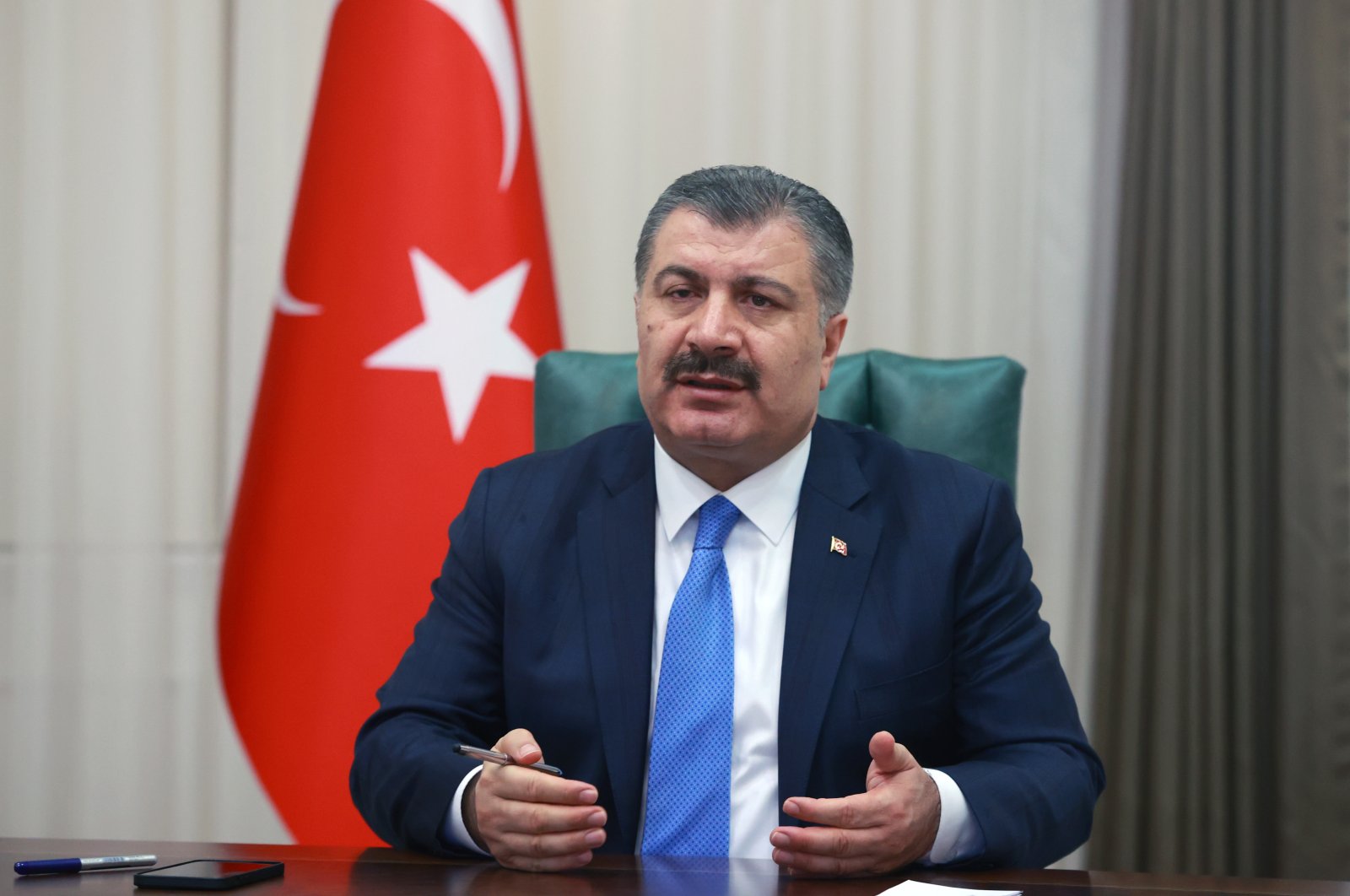 A total of 100 million doses of COVID-19 vaccines are expected to arrive in Turkey by the end of May, Health Minister Fahrettin Koca said Thursday.

Speaking after a virtual meeting of the Coronavirus Scientific Advisory Board, Koca said that 1.4 million Pfizer-BioNTech jabs have arrived in Turkey so far, and the figure will reach 4.5 million by April.

He added that an optional deal for another 30 million shots from Pfizer-BioNTech has also been made.

"Turkey has started phase 1 trials of virus-like particle vaccine today-one of the most innovative vaccine candidates in the world," the minister said.

Saying that Turkey has made significant progress in developing indigenous COVID-19 vaccines, Koca shared that one candidate, developed by Turkey's Erciyes University, will enter phase 3 trials by the end of April as the last volunteer will get the second dose on April 9.

The minister noted that the country will soon start Phase 1 trials of the intranasal vaccine, which he said was highly effective in terms of its production.

"Just a single facility will be able to produce over 250 million doses of the vaccine," Koca said.

"Turkey has administered over 14 million doses of the COVID-19 vaccine," Koca added.

Turkey's overall case tally is now over 3.20 million, while the nationwide death toll has reached 30,619 with fatalities over the past day.

As many as 19,201 more patients in the country won the battle against the virus, bringing the total number of recoveries to over 2.86 million.

The latest figures show that the number of COVID-19 patients in critical condition stands at 1,790.

Since Turkey began a mass COVID-19 vaccination campaign on Jan. 14, it has administered over 13.48 million coronavirus vaccine jabs, according to official figures.

Over 8 million people to date have received their first doses of a vaccine against the coronavirus, while second doses were given to more than 5.4 million.

Over 123.38 million cases have been reported worldwide, with recoveries now numbering over 69.94 million, according to figures compiled by the U.S.' Johns Hopkins University.