Turkey to send medical supplies to Spain in solidarity 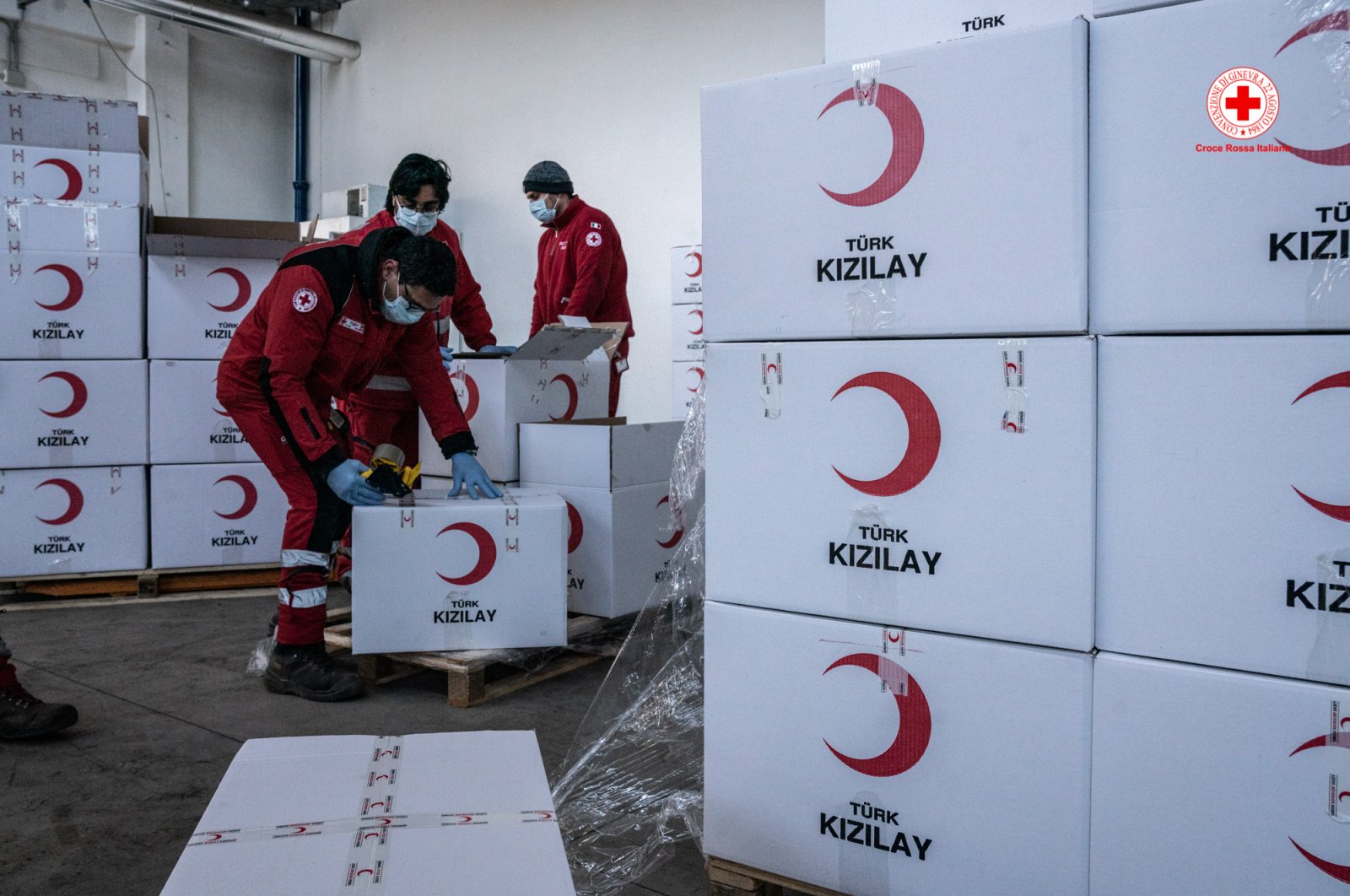 President Recep Tayyip Erdoğan on Monday said Turkey will send a plane-load of medical supplies to Spain, which has become the second-worst hit European nation by the COVID-19 pandemic.

Speaking after a Cabinet meeting, President Erdoğan said the much-needed medical supplies would be delivered to Spain by Wednesday.

“There are also other countries where we have sent our domestically produced medical supplies. As such, we have also sent a ship-load of medical supplies via Turkish Red Crescent to Italy, who is going through difficult times,” Erdoğan said.

“The stronger Turkey gets, the longer it can extend its helping hand to its allies," he said.

In a Twitter post, the Italian Red Cross shared photos of the supplies along with a thank you note for Turkey.

Italy has registered more deaths than anywhere else in the world and accounts for more than a third of all global fatalities from the virus.

Meanwhile, Spain has become the country with the fourth-highest number of infections in the world, surpassing South Korea as cases in Spain rose by roughly 1,000 in 24 hours to 8,744 on Monday, and the number of fatalities reached 297.