Turkey to vaccinate 50 million people against COVID-19 before fall 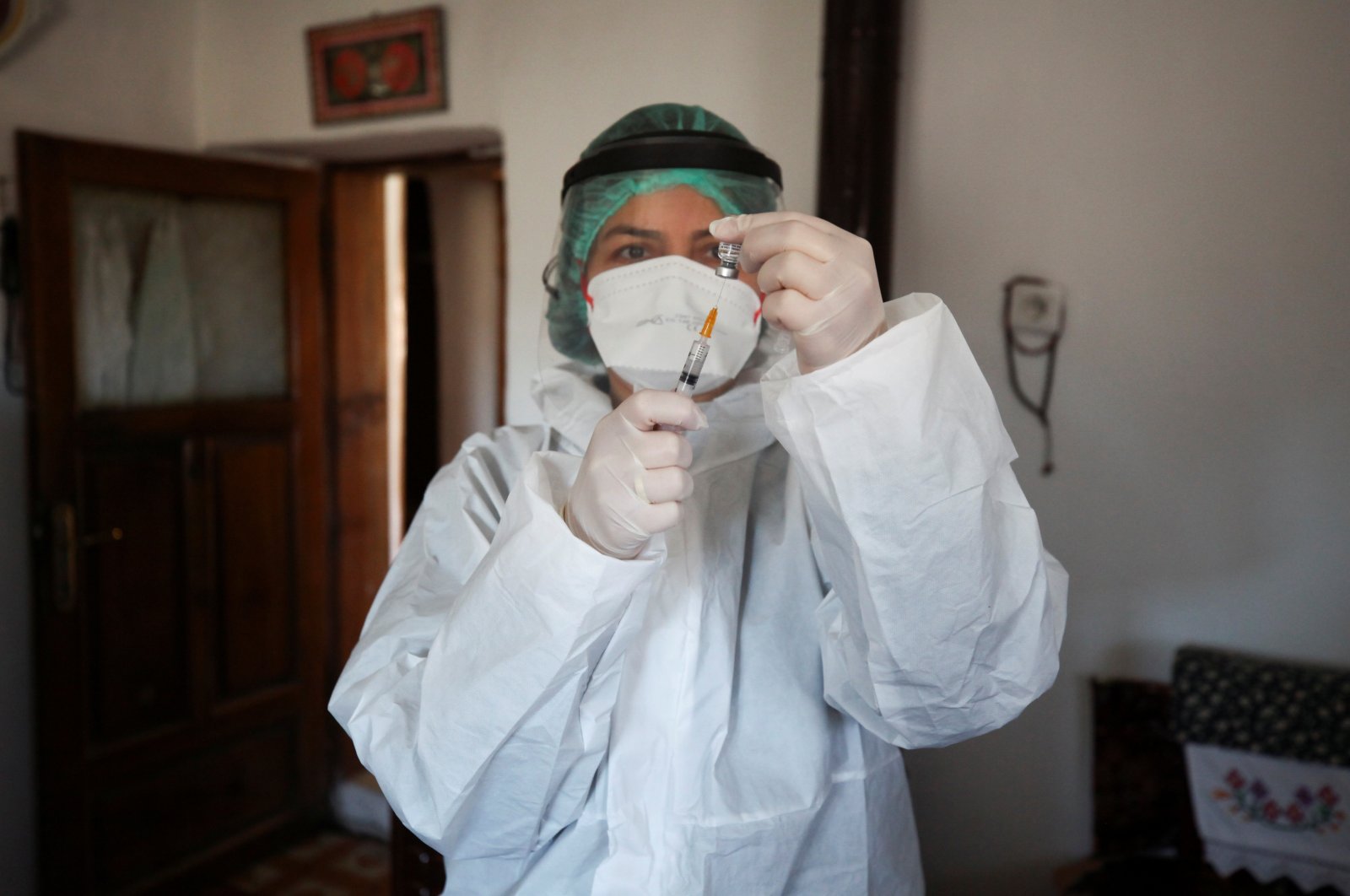 A nurse prepares a dose of Sinovac's COVID-19 vaccine CoronaVac, for an elderly man at his home as nationwide vaccination continues for seniors, Ankara, Turkey, March 3, 2021. (Reuters)
by Agencies Mar 11, 2021 6:11 pm
RECOMMENDED

Turkey plans to vaccinate 50 million people against COVID-19 by autumn to combat the spread of the coronavirus, Health Minister Fahrettin Koca said on Thursday.

Turkey, with a population of 83 million, has carried out 10.56 million inoculations since Jan. 14 when it began the nationwide rollout of COVID-19 shots developed by China's Sinovac Biotech Ltd.

“Turkey is among the fastest acting in the race for vaccine supplies, in November we made a 50 million dose agreement with manufacturers in China,” Koca said in a live televised statement on the anniversary of the first COVID-19 case recorded in Turkey, reported Anadolu Agency (AA).

"If we can vaccinate 50 million of our population before autumn as we plan, the pandemic will no longer be a heavy burden for us," Koca added.

Koca said that COVID-19 would not become an ordinary disease like flu. However, in 2021 it would no longer be the nightmare that it was in 2020.

There have been 2.82 million recorded coronavirus cases in Turkey and more than 29,000 people have died there due to COVID-19, health ministry data shows.

Koca also pointed out that progress was ongoing for a Turkish-developed vaccine. He said that Turkey would start human trials for five more local vaccine candidates and the country would use its own vaccines in the near future.