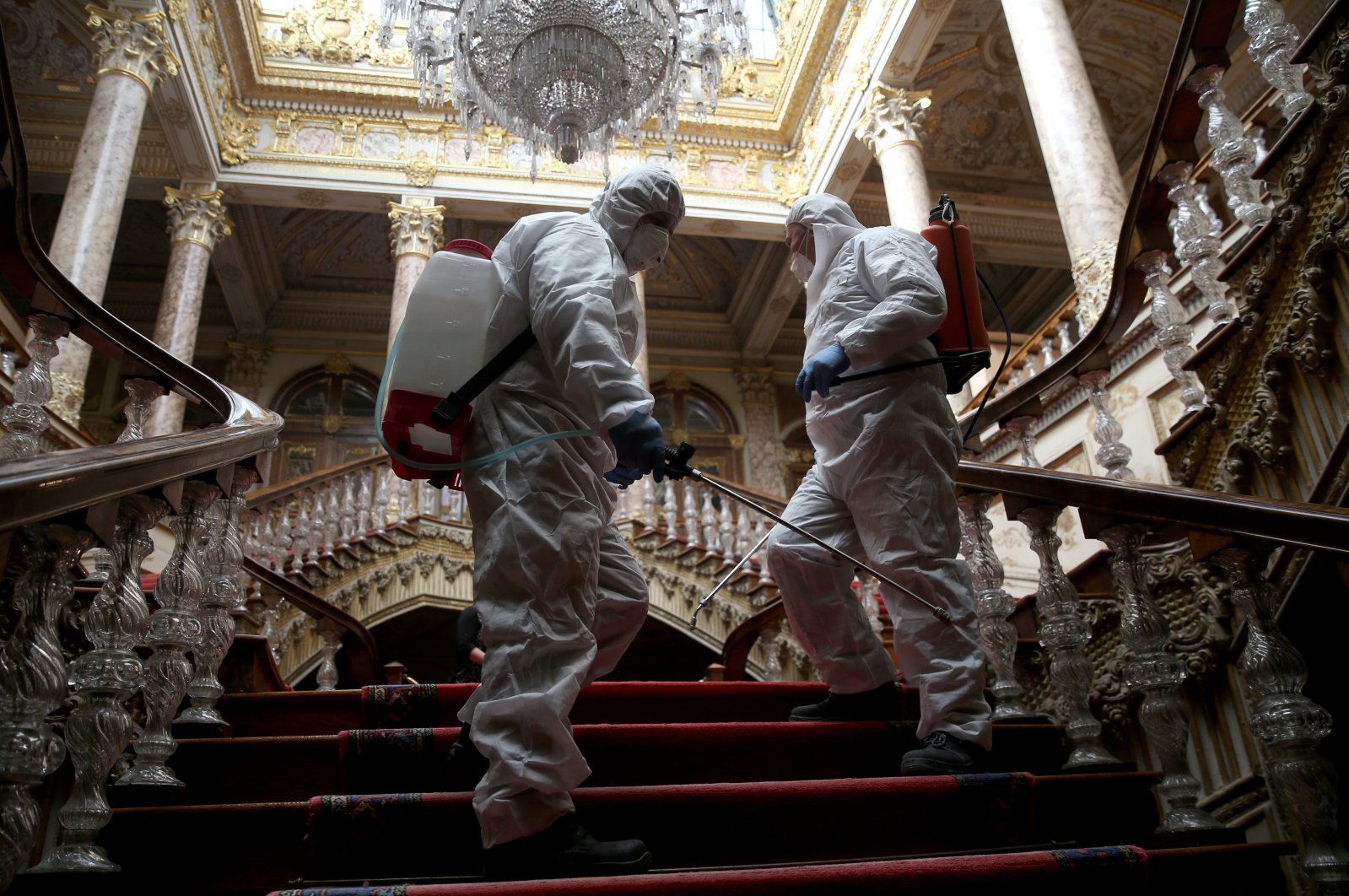 The coronavirus has killed thousands across the world but has seemed to skip over Turkey. President Recep Tayyip Erdoğan says the country's health facilities are well-equipped to fight the outbreak if any cases emerge in this global public health crisis.

Speaking to reporters while returning from Brussels on Monday, Erdoğan said there have not been any coronavirus cases in Turkey, attributing that to preemptive measures. “As soon as an outbreak became certain, we did not hesitate to take all measures, in a decisive manner. Indeed, not having any cases from an outbreak that affected 114 countries points out how appropriate the measures we’ve taken were. We will continue strict measures and will remain sensitive, with the work of all our institutions, the Ministry of Health in particular,” Erdoğan said.

He said health facilities were “undisputedly alert” and they were in a good position with their supplies of all medical equipment related to the fight against the coronavirus, noting Turkey was also a producer of the equipment used.

The president has been relatively quiet on the issue while the government, under the leadership of Health Minister Fahrettin Koca, set up a task force to deal with the impact of the virus. Since last month, flights were canceled to countries with virus cases while the borders with Iran and Iraq were shut down. Erdoğan said all hospitals were equipped well to respond to potential coronavirus cases.

Meanwhile, Koca said Tuesday that it was “highly likely” that the virus made its way into Turkey but reiterated that there were no confirmed cases. Speaking at a meeting of a health committee at the Turkish Parliament, Koca said they can “come across” a case “at any moment” after diagnosis. “We can see a case within the next three hours, for instance, or in one day. This is not about preparing the public for something,” Koca said, referring to claims on the social media that authorities were hiding cases from the public. “Who can say someone returning from abroad is not infected? We have many citizens going abroad. It will not be something extraordinary but we have to work to stop it spreading,” he said. Koca blamed Italy and European countries for spreading the virus. “Both were late to take measures. We see Italy facing a big problem but problems will be bigger for Germany and France in the coming days,” Koca said, voicing concerns over the flow of people – tourists, Turks living abroad, etc. – between European countries and Turkey.

A group of Turkish nationals who returned from Iran late last month have all tested negative for the coronavirus after completing their quarantine, the Health Ministry announced Tuesday.

Sixty-five of the passengers who had to undergo an additional quarantine tested negative for the virus and have all been discharged from the hospital in the capital Ankara, a ministry statement said.

Last month Turkey closed its border gates with Iran and canceled all flights to Iran. On Feb. 25, upon their arrival, all 132 of the Turkish Airlines passengers and 10 crew members were taken to a hospital for observation.

Those who had never been to Iran's pilgrimage sites of Mashhad or Qom – cities with a large number of cases – were discharged on March 2, after testing negative for coronavirus, the ministry said, while the remainder stayed in the hospital to observe whether they had the deadly virus.

The first coronavirus case in the Turkish Republic of Northern Cyprus (TRNC) was announced Tuesday. Health Minister Ali Pilli said a 65-year-old tourist from Germany had tested positive for coronavirus, or COVID-19. Pilli told Turkish News Agency-Cyprus that a group of 30 tourists from Balingen, Germany arrived at a hotel in the city of Gazimağusa on Sunday via private shuttle. The infected woman was taken to a public hospital in Gazimağusa where she is undergoing treatment and in good condition, he said, adding that the hotel is now under quarantine.

The news follows Monday's announcement that two cases of the virus have been found in Greek Cyprus, the first to be confirmed on the divided island.

TRNC also announced that schools will be closed until March 15 as a precautionary measure.

A locally made kit used to diagnose coronavirus cases saw a surge in demand, the Sabah newspaper reported Tuesday. Ten countries placed a total of 300,000 orders for the kit while 27 countries sought the assistance and experience of Turkey in the fight against the outbreak. The kit, developed by the Turkish Health Ministry, allows a proper diagnosis in 90 to 120 minutes, reducing the diagnosis time by several hours. Japan, Vietnam, Qatar, Kuwait, Uzbekistan, Libya, Djibouti, Turkmenistan, Azerbaijan and Uzbekistan asked for delivery of the kits while China and Iran, two countries affected most by the virus, placed 50,000 orders in total.