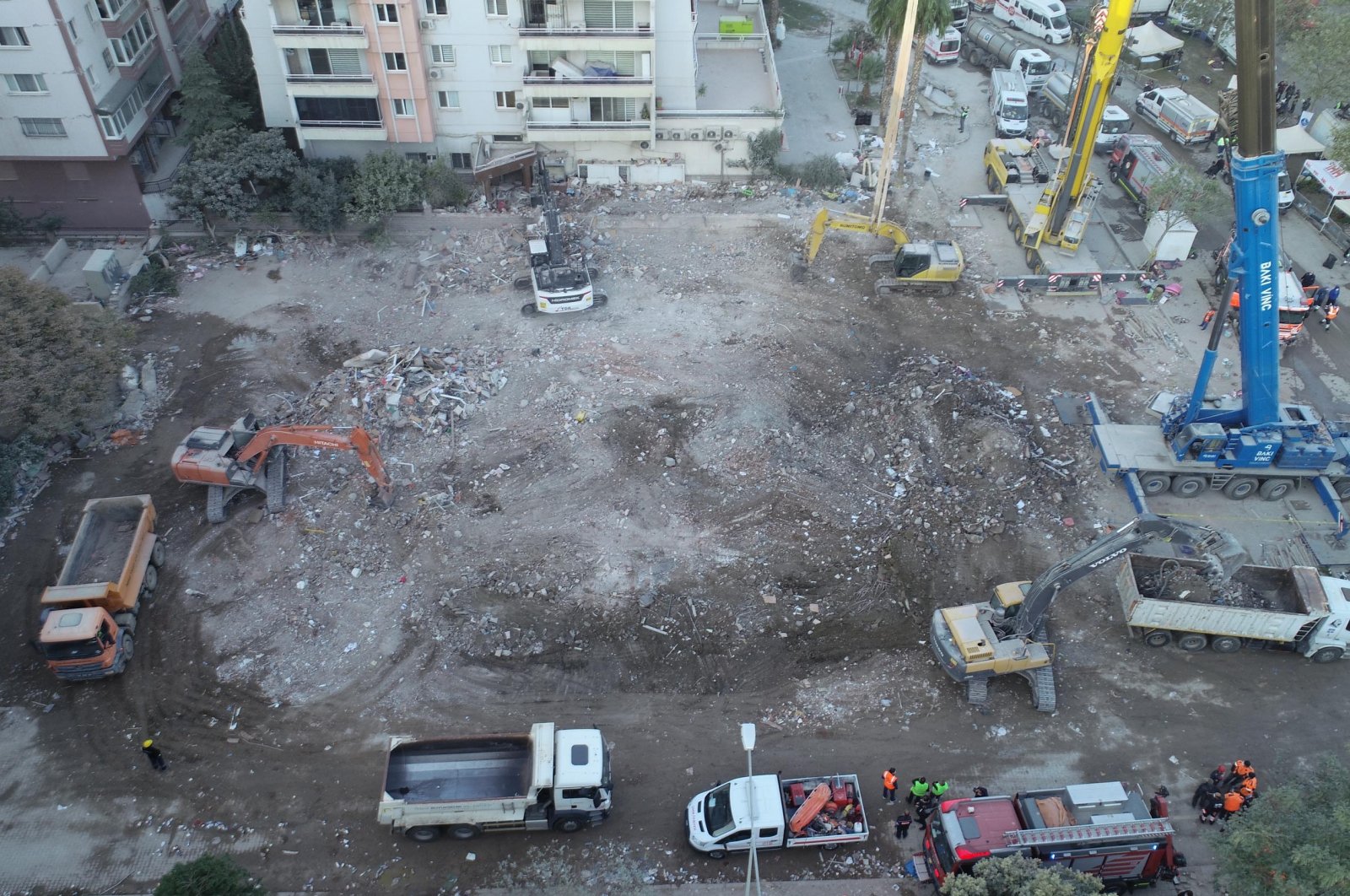 Six days after an earthquake wreaked havoc, search and rescue efforts were completed in western Turkey’s Izmir on Wednesday, with 107 pulled from the rubble, while the government is set to start rebuilding work in the area

Turkey on Wednesday concluded its search and rescue efforts in the western province of Izmir, which was hit by a 6.6 magnitude earthquake last Friday, a senior official confirmed. A total of 107 people were pulled from the rubble of collapsed buildings. Mehmet Güllüoğlu, head of the Disaster and Emergency Management Authority (AFAD) that coordinated the efforts, tweeted that the crews had completed their task of going through the rubble of buildings that collapsed in the disaster.

The latest death toll from the earthquake was 114, with 137 people still being treated for injuries. Some 1,035 people were injured in the earthquake. 898 people were discharged from hospitals after their treatment. Search and rescue teams were on the ground to extract victims from the rubble of 17 collapsed and partially collapsed buildings in the province since Friday.

The government had earlier pledged to provide a lifeline to survivors as the winter approaches. Authorities have announced that prefabricated housing units will be set up for survivors and people living in damaged buildings who were relocated to tents after the disaster.

Speaking in Izmir on Wednesday, Minister of Environment and Urban Planning Murat Kurum said they would heal the wounds of “our brothers and sisters in Izmir.” He noted that the issues of rebuilding and urban transformation were discussed in Tuesday’s cabinet meeting. “We have to build safe, sturdy residences in Izmir and increase safety inspections. Our country is under a serious risk of earthquake and each disaster reminds us of this,” he said. The urban transformation refers to projects that involve the demolition of old, decrepit buildings, buildings deemed unsafe and reconstruction in the same area of new houses endurable to earthquakes. 1.5 million housing units - apartment flats, single-story houses, et cetera - will be transformed within the next five years under an ambitious plan by the government. Under a plan unveiled last year, at least 300,000 units will be demolished and replaced with new ones in five years.

Kurum said new buildings which would replace the collapsed ones will have five floors at most and constructed of “quality” material ensuring safety against the earthquake. He said 3,000 houses will be build in Izmir initially and they were set to be delivered to residents within one year. The minister noted that 180 buildings had heavy damage and needed to be demolished immediately while 1,267 buildings sustained slight damage and another 190 had “medium” damage. He said 4,643 tents were sent to the disaster zone and guesthouses of government agencies with a capacity of 7,600 people were available for the use of survivors. The minister added that 1,000 prefabricated housing units were being set up in Bayraklı, the worst-hit district and an additional 312 units will be installed inside the sprawling campus of Ege University to address the needs of people left homeless by the earthquake.

The minister also urged the public to apply to local branches of his ministry for assessment of risky buildings they reside.

The nation mobilized following the earthquake and aid poured in to Izmir from all across the country. From ordinary citizens to non-profit organizations, companies and municipalities, everyone donated whatever he or she can. Donations include blankets, sleeping bags, clothes, shoes, baby formula, hygiene kits and food. A warehouse set up near the disaster-hit districts were full of aid brought in by seven trucks and aid delivery was continuing as of Wednesday. AFAD and Turkish Red Crescent (Kızılay) also delivered thousands of tents, blankets, beds and kitchen utensils to families affected by the earthquake. The Ministry of Family, Labor and Social Services earmarked a TL 10 million ($1.1 million) emergency fund for the disaster zone, to cover housing, furniture and other needs of the survivors. More funds are gradually being allocated. Each family who lost their home in the earthquake or cannot go back into their damaged houses are being paid TL 30,000 to buy new furnitures, in addition to cash for rent.

This was the second deadly earthquake so far this year in Turkey, after a 6.8-magnitude earthquake hit the eastern province of Elazığ in January, killing 41 and injuring 1,600.

As a country situated on several active fault lines, the earthquake renewed fears over when Istanbul might be hit by a big tremor after the devastating 7.4 magnitude quake in 1999 in Gölcük that killed more than 17,000. Despite being located among the world's most seismically active zones and suffering several major earthquakes in the past, the Gölcük disaster left everlasting scars in Turkey's memory and led to some major changes in both regulations and people's awareness of the issue.