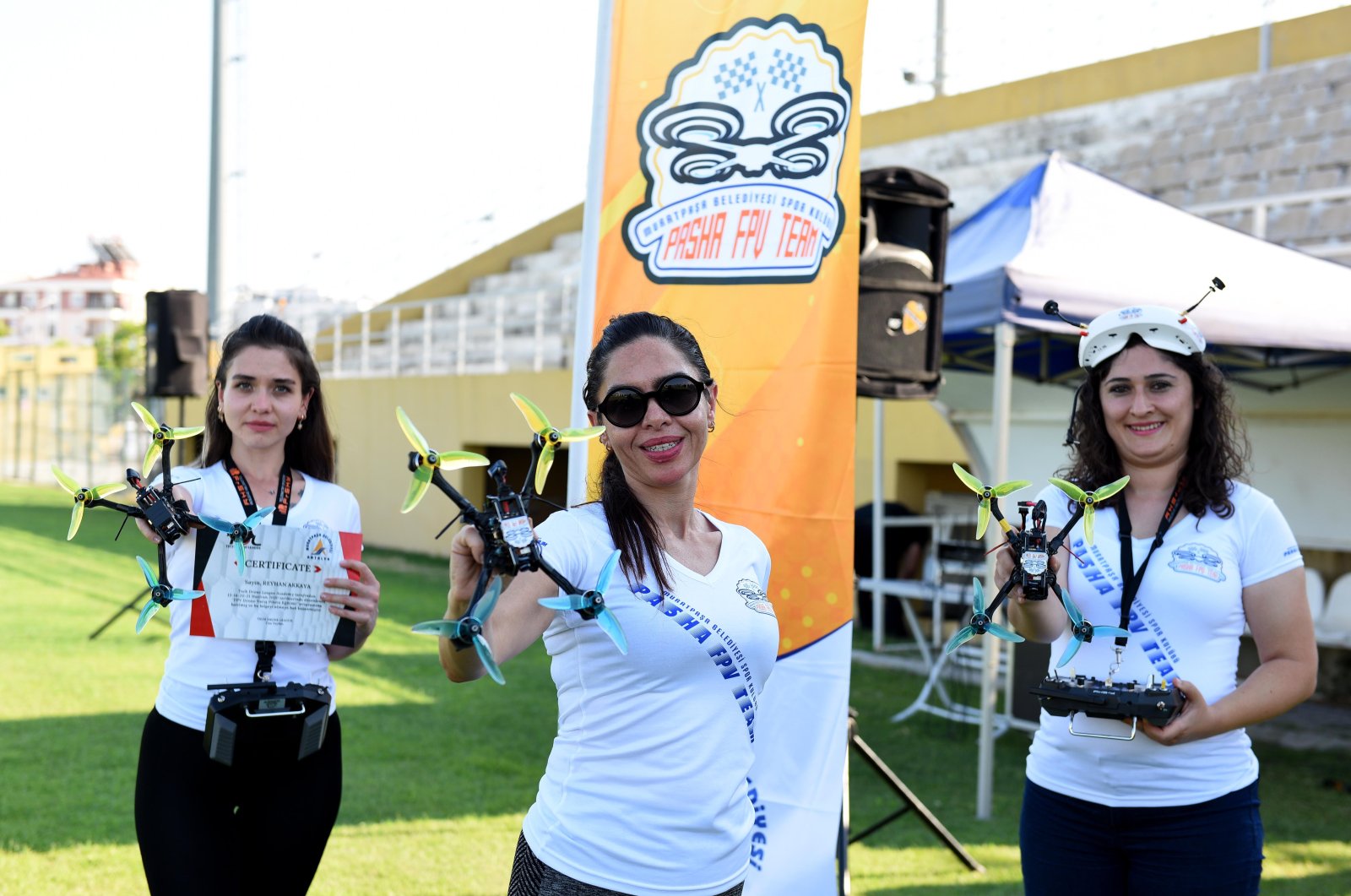 The southern Turkish province of Antalya hosted a ceremony Monday in which certificates were handed out to all seven crew members of the Pasha FPV Team – the first drone racing team affiliated with a public institution and notably made up of Turkey’s first female drone racers.

The ceremony, attended by FPV Team President Uysal and Pasha FPV Team trainers, kicked off with a drone demonstration.

During the ceremony, Uysal stated that Muratpaşa Municipality had been working to make technology a part of local life in a way that could compete on the world stage.

"We have been providing education in the field of tech for four years, ” Uysal said.

He pointed out that drones are the business of the future, saying that it is clear that in the future, both human and cargo transit will be performed by drones.

“Let us encourage all to garner an interest in these fields. One day, maybe everyone could take part in a mobilization," Uysal said.

Can Tayfun, one of the founders of the Tech Drone League, said the Pasha FPV Team is the first of its kind.

"For the first time in the world, a public institution, Muratpaşa Municipality, has established a drone racing team," he said.

Drone sports are one of the fastest developing sports in the world. Tayfun stated that more than 2,000 races are held every year across more than 150 countries. He said that in a very short time, three new teams for women, the disabled and children, would be added to the drone racing team and 1,000 pilots would be trained every year by eight instructors.

"As part of this training, our instructors will also teach around 200-250 children and young people to construct their own drones every year," Tayfun said.