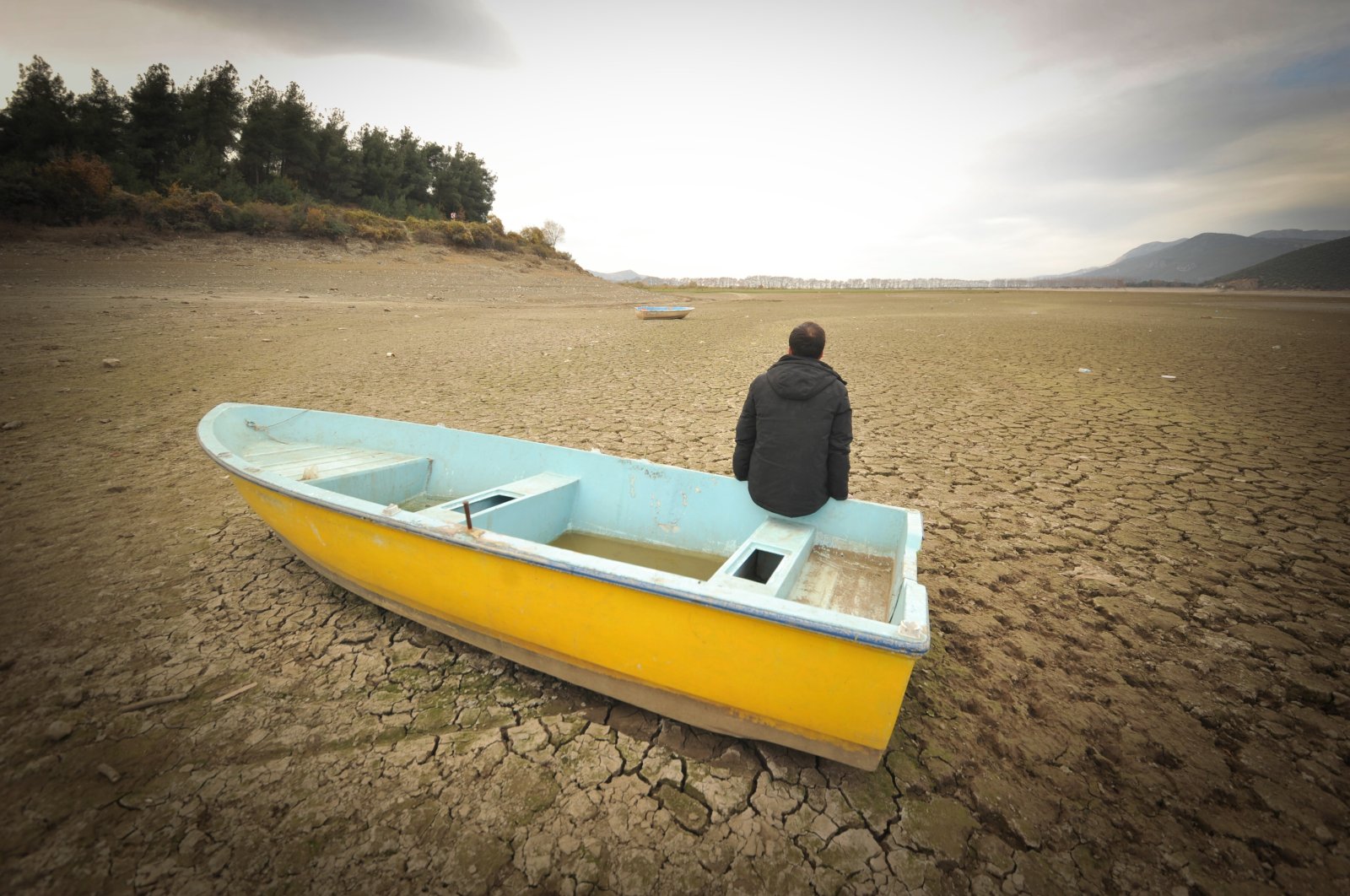 As the climate changes and the misuse of resources aggravates the risk of drought, the government is set to implement an action plan to save water, at the start of the new year

Water is increasingly becoming precious as the world goes through a dry period amid climate change. Wrong, aggressive use of water resources in farming practices heightens the risk of a drought which already hit several dams supplying waters to big cities.

In the face of these challenges, the Turkish government drafted an action plan which is expected to come into force at the beginning of 2021. President Recep Tayyip Erdoğan and other top officials had repeatedly warned of the need to use water carefully and highlighted the need for a more efficient water management system.

The new action plan aims to introduce measures to increase the efficient use of water and curb the decline in water resources in underground dams. Around 150 dams will be built in line with the plan to prevent the vaporization of underground water. Dams will be built where water preservation is needed, and each is expected to cost up to TL 10 million (around $1.2 million). An underground dam is a structure designed to intercept or obstruct the natural flow of groundwater through an aquifer and provide storage for water. Collected water can be used to irrigate areas just above the surface and used for agriculture. The plan also includes an underground irrigation system which will save at least 40% of water resources in any given area.

The municipalities will be supported in their infrastructure projects to replace old water pipes which cause wastage of water. The plan also includes a public awareness campaign to encourage more efficient use of water for daily needs like bathing.

Speaking to reporters on Saturday in the southern province of Gaziantep where he attended a ceremony for the inauguration of a water supply line, Minister of Agriculture and Forestry Bekir Pakdemirli said water should be viewed as a valuable asset, “like gold.” “We are among countries facing water shortage, and tomorrow, we might be among countries with drought. The drought possibility will be higher in the next two decades,” he warned.

Pakdemirli said there was a 25% drop in precipitation last year. The minister noted that 77% of water sources were used for agricultural activities, 10% by households and the rest was used in industrial activities. “There are two types of drought: meteorological drought and agricultural drought. We have meteorological drought now and without any precipitation in one year, agricultural drought will take effect,” he said. Also touching upon the water levels in dams, the minister said Istanbul has water supplies that will last three months while the capital Ankara has five months' worth of supply and Izmir has water for seven months. “Without precipitation in seven months, the problems will arise,” he said.

The minister said underground dams would be the highlight of the action plan, and Turkey’s underground geology is suitable for their construction. “We pinpointed the locations through digital maps we collected from public agencies. The construction process will be quick as the dams do not require expropriation. Similar projects are implemented in Iran and Syria. Those dams are significant because no matter how intense the precipitation is, without dams you have no chance to collect it properly. We need these dams particularly for agricultural irrigation,” Pakdemirli stated.

Drip irrigation and underground irrigation are also key to saving water resources. Underground drip irrigation will help to turn dry lands into areas suitable for agriculture, according to Pakdemirli. The minister also noted that 37% of water loss was due to dilapidated pipes in cities and towns. “The water, instead of being supplied to (businesses and households) goes to the soil. Minor changes to pipes can prevent these losses,” he pointed out.