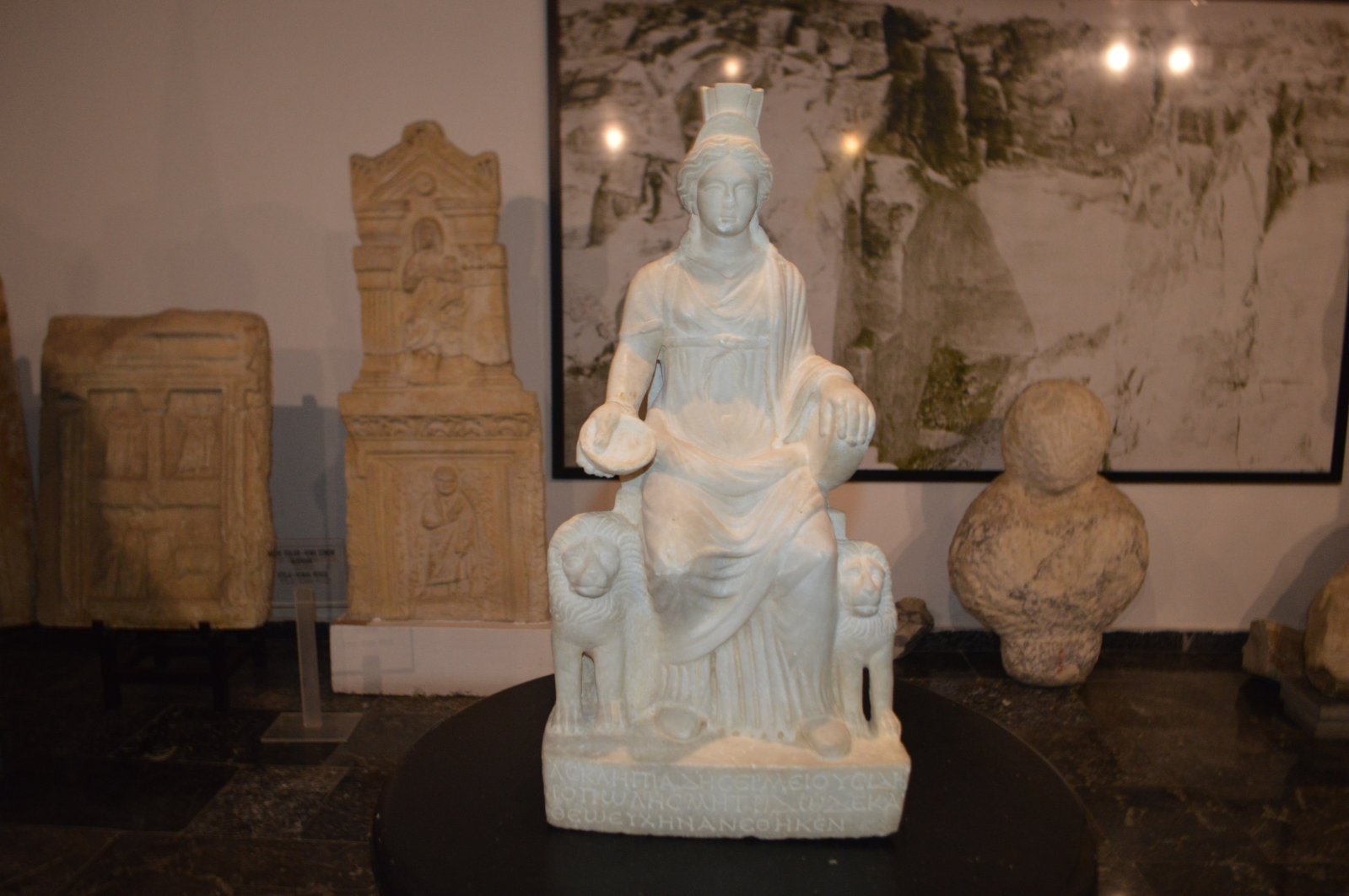 A marble statue of the ancient Anatolian mother goddess Cybele, which had been smuggled abroad decades ago but has since been retrieved by Turkey, is now being exhibited in a museum in its native Afyonkarahisar province, reports said Friday.

The 1,700-years-old statue of Cybele, believed to be the giver and protector of wealth and abundance in ancient times, was smuggled out of Turkey and sold in Israel during the 1970s. Through the arduous efforts of the Turkish Ministry of Culture and Tourism, the Ministry of Foreign Affairs and the Turkish Consulate General in New York, the artifact was retrieved before it was sold at an auction house in the United States in December 2020.

The marble statue, which has been exhibited at the Istanbul Archaeology Museum since being retrieved, will now be on loan to the museum in Afyonkarahisar.

Afyonkarahisar Governor Gökmen Çiçek said he was pleased about Cybele’s return. He noted that the priceless artifact will be displayed at the Afyonkarahisar museum — the second largest museum in Turkey — until June 2022.

After being smuggled out of Turkey, the Cybele statue was bought by an Israeli citizen. When applying to the Israeli authorities to take it abroad in 2016, the owner declared that the statuette was of Anatolian origin. Israeli authorities then relayed the pictures of the artifact to Turkish authorities.

The Turkish Ministry of Culture and Tourism declared that the artifact was of Anatolian origin, just as it entered the U.S. to be sold at an auction. The ministry then contacted the U.S. authorities demanding they halt the sale.

Experts at the Directorate of the Istanbul Archaeological Museums prepared a scientific report that emphasized the statue had typological similarities to other artifacts found at the Kovalık Mound in the western Afyonkarahisar province during road construction in 1964. Those artifacts are now on display at the Afyonkarahisar Archaeological Museum. In a coordinated effort with law enforcement, the Directorate of Afyonkarahisar Museum examined the records of people who lived in the presumed excavation area between 1960 and 1970 in an effort to trace who might have smuggled the artifact out in the first place.