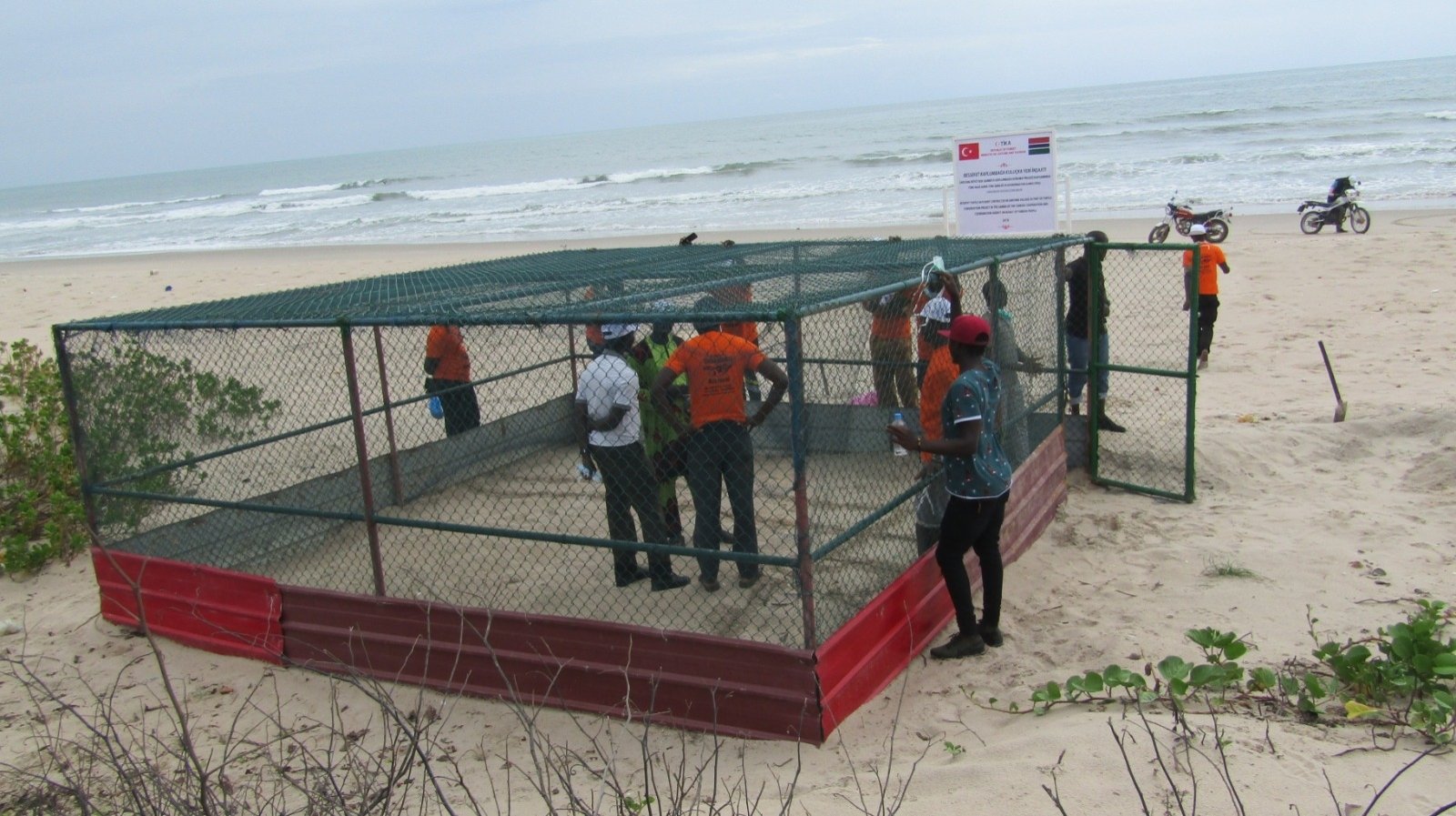 With the help of Turkey's state development aid agency, a hatchery in the West African country of Gambia released another batch of lively baby turtles into the sea early this week. They are now being conserved in the coastal fishing community of Sanyang, a one-hour drive from the capital Banjul. The Turkish Cooperation and Coordination Agency (TIKA) has been supporting the project through Smile for Life, a community-based group. The group helps protect marine resources, including the conservation of sea turtles and mangrove plantations, among others.

Omar Sanyang, an official with Smile for Life, said the project is trying to boost the turtle population as it faces extinction due to widespread killing. "TIKA has built two standard hatcheries for us," he said. Before TIKA's intervention, Gambia lacked any standard hatcheries. The project released a batch of baby turtles on Oct. 27.

Since July, over 4,300 turtle eggs were collected from turtle nests. So far, 3,536 eggs were safely hatched, and the baby turtles were released into the sea. The first batch was released on Sept. 19 in the presence of officials from the TIKA office in Banjul. More releases are expected to be made in the weeks to come. "People are taking a significant interest in the conservation of sea turtles, and that's what makes it a success," said Modou Kebbeh, a member of the local community.

Despite TIKA's support, experts believe that the conversation of sea turtles is still facing significant challenges in Gambia, as most projects are underfunded and thus depend on volunteers to protect the endangered species. Mehmet Akif Eyigün, the TIKA coordinator in Banjul, said they are considering supporting the volunteers by building up their capacity through training and sharing experiences with experts from Turkey who are involved in sea turtle conservation. "Protecting marine resources, especially from plastic pollution, is an area of significant interest for TIKA in Gambia,” said Eyigün. He said the Turkish agency would like to continue its fruitful partnership with Smile for Life in protecting the endangered sea turtles, as well as other species found in the waters of Gambia. "At TIKA, we believe that if these endangered species are well protected and preserved, it could promote ecotourism in Gambia," he said.

Sea turtle conservation is one of a series of activities started by the Turkish agency in Gambia to support the local population since the organization opened an office in the coastal country. In recent months, the aid agency has also launched several initiatives to boost Gambia's efforts to contain the coronavirus pandemic.