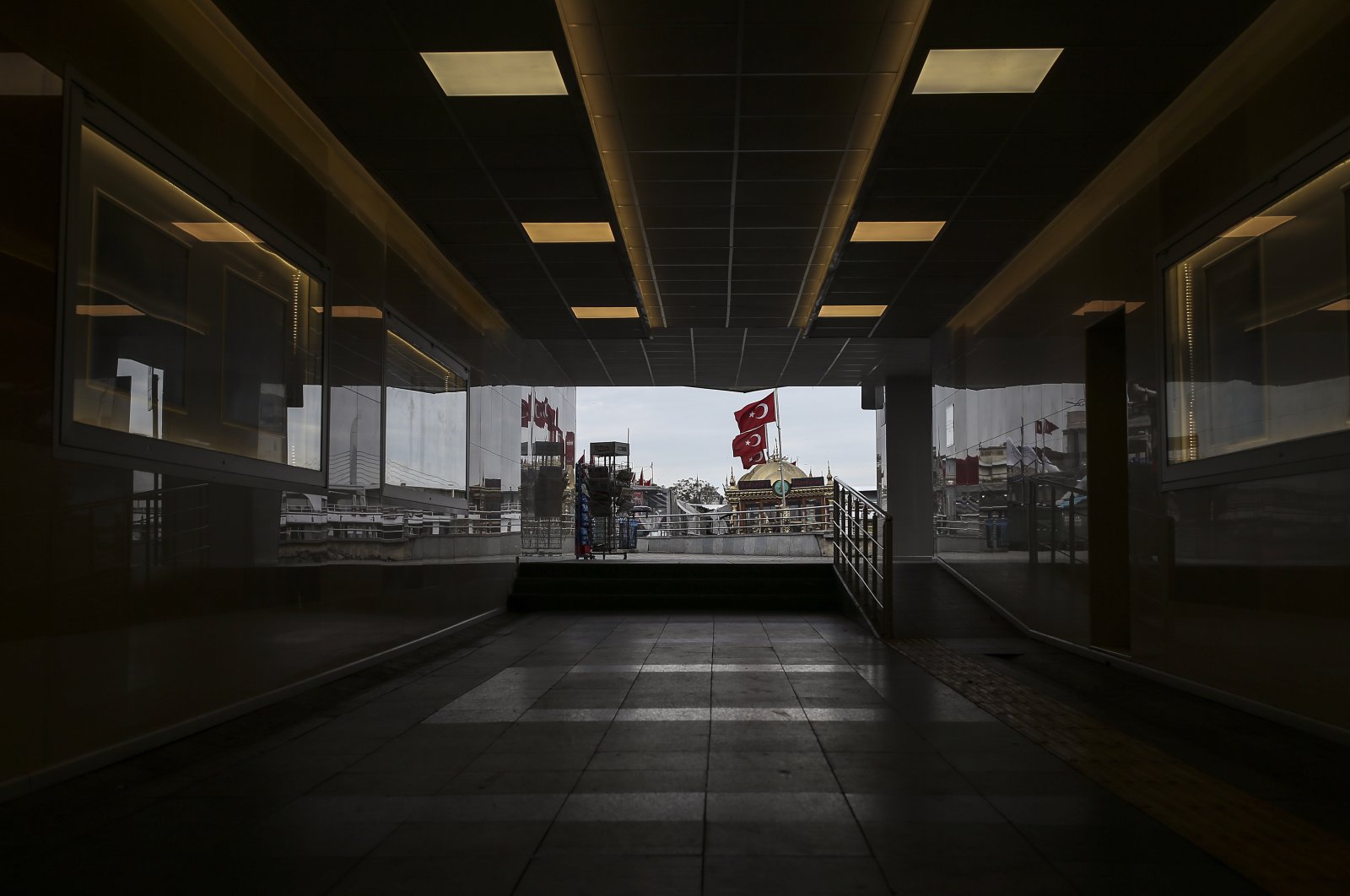 An underpass of the Eminönü market, an area usually packed with shop goers, but currently nearly deserted due to the strict lockdown to help curb the spread of the coronavirus, in Istanbul, Turkey, May 8, 2021. (AP Photo)
by Anadolu Agency May 09, 2021 9:32 pm

Turkey reported over 15,000 new COVID-19 cases Sunday in the midst of a 17-day lockdown to curb rising infections.

A total of 15,191 cases, including 2,102 symptomatic patients, were confirmed across the country, the data showed. This is less than a third of the peak levels observed in mid-April.

Turkey's overall case tally is over 5 million, while the nationwide death toll has reached 43,029, with 283 fatalities over the past day.

As many as 25,694 more patients in the country won the battle against the virus, bringing the total number of recoveries to over 4.72 million.

More than 49.39 million coronavirus tests have been done in Turkey to date, with 197,468 conducted since Saturday.

The latest figures show that the number of COVID-19 patients in critical condition stands at 3,081.

Turkey has so far administered over 24.93 million coronavirus vaccine jabs since a nationwide immunization campaign began on Jan. 14.

To stem the spread of the virus, Turkey last week began a nationwide lockdown until May 17.

Since December 2019, the COVID-19 pandemic has claimed over 3.3 million lives in 192 countries and regions, according to figures compiled by Johns Hopkins University.

Over 157.8 million cases have been reported worldwide, with recoveries now over 93.8 million.