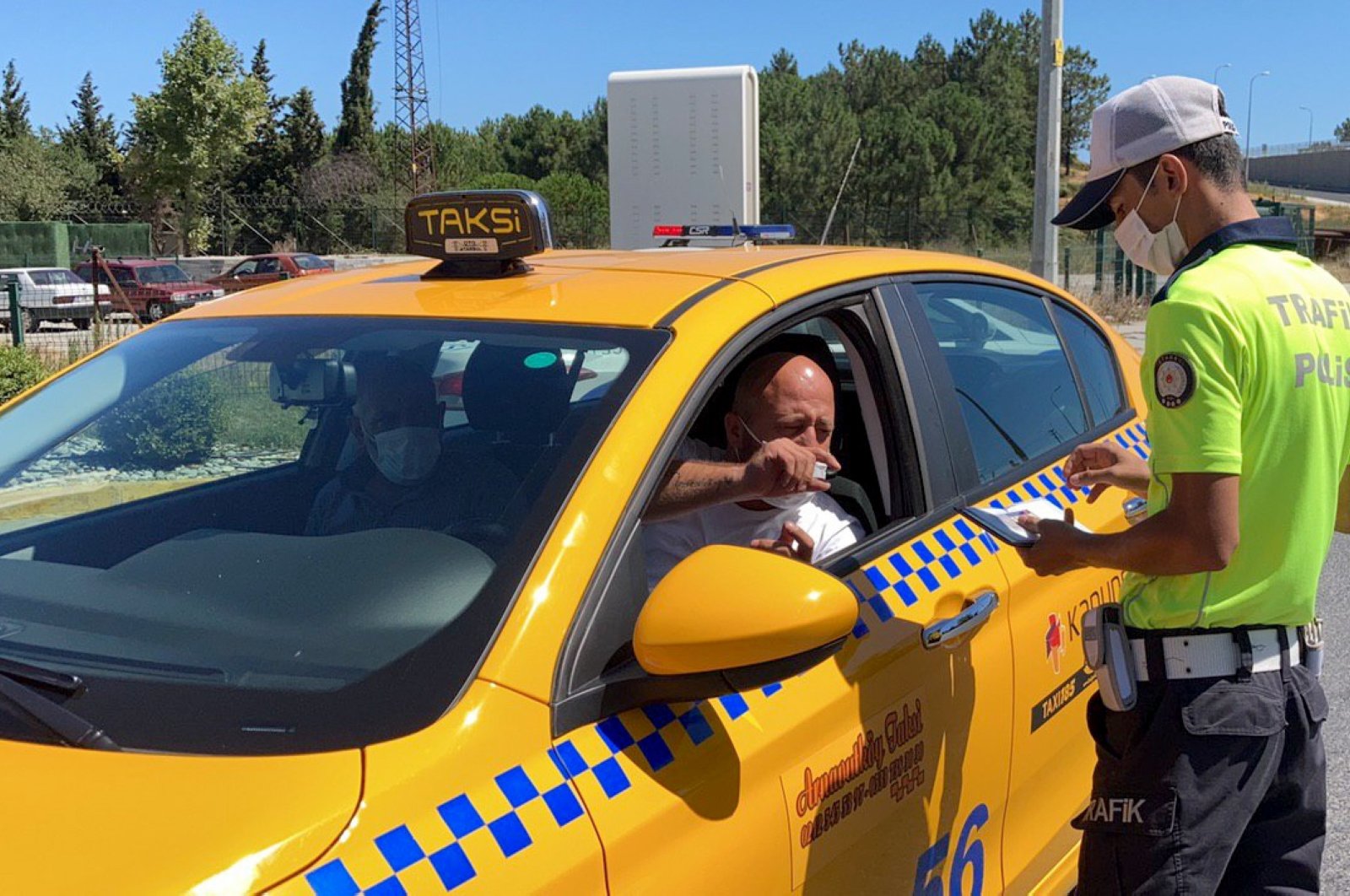 A police officer checks documents of a taxi driver during a COVID-19 inspection ordered by the Interior Ministry targeting taxis and mosques in the Arnavutköy district of Istanbul, on Aug. 14, 2020. (AA Photo)
by Daily Sabah with AA Aug 14, 2020 7:57 pm

The number of COVID-19 infections in Turkey has increased by 1,266 over the last 24 hours, with 923 recoveries and 22 deaths, Turkish Health Minister Koca announced Friday.

The number of cases seen throughout the country has risen to 246,861, with the death toll caused by the pandemic coming to 5,934.

A further 923 patients have recovered, bringing the total recovery figures to 228,980.

A daily increase of 23 daily infections was modest given a similar increase in testing, which rose from 66,892 to 70,192 tests performed per day – a new record and raising the tally to over 5.59 million.

On his Twitter message, Koca underlined that the number of critically-ill had increased to 656 from the previous 647, urging citizens not to put themselves at risk. Of those infected, 7.8% suffer from pneumonia.

The coronavirus pandemic has claimed over 760,000 lives in 188 countries and regions since it originated in China last December.

The US, Brazil, India and Russia are currently the worst-hit countries in the world.

Nearly 21 million COVID-19 cases have been reported worldwide, with recoveries exceeding 13 million, according to figures compiled by the U.S.-based Johns Hopkins University.