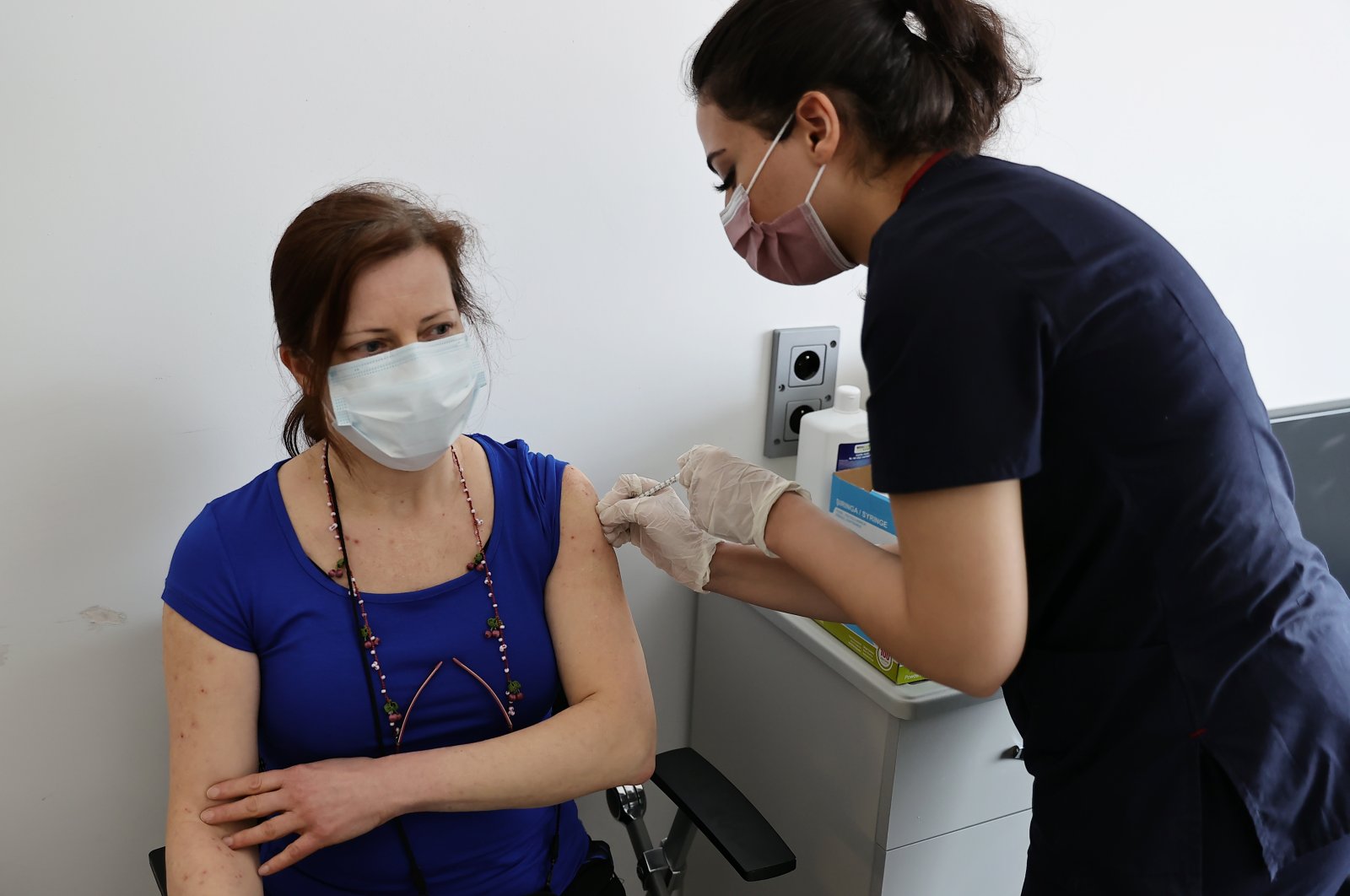 As Turkey added a new vaccine to the jabs offered to the public against the coronavirus and included more people to its eligibility list for inoculation, queues swelled outside vaccination centers

An overwhelming interest in vaccination against the coronavirus is evident in Turkey, where vaccine skepticism had previously worried authorities. Long lines have formed outside clinics and hospitals almost every day since the announcement by the Health Ministry Monday that people aged 55 and above are now eligible for vaccination. Turkey started a vaccination campaign in January for health care workers, before including others, starting from the oldest age group. The age limit was gradually decreased to 65 and above and has now reached 55 and above.

Just last week, authorities complained that more than 23% of people aged 65 and above have not applied for vaccination yet while 14% of health care workers have shunned the inoculation so far. Yet, the lines outside clinics demonstrate that people are more willing than ever to get their jabs.

Citizens can learn whether they are eligible for vaccination through an app, online, or by sending a text message and they can book an appointment the same way. This apparently increasing interest that has led to the queues, however, can be explained by several factors according to Turkish media. One of them is that people aged 55 and above make up the largest proportion of the overall population. Another factor is the popularity of the Pfizer-BioNTech vaccine, though its supplies are limited for now in Turkey. The vaccine is not available in all hospitals as it needs extra care for storage conditions, further prolonging the lines of vaccine hopefuls.

The country also offers vaccination appointments in the evening, after iftar, a time to break the fast observed by Muslims in the month of Ramadan. The faithful are required to abstain from eating and drinking throughout the day but the top religious authority had recently announced that the vaccination would not break the fast.

“This is a civic duty,” Tekin Sagun told Demirören News Agency (DHA) as he waited for his jab at Ankara City Hospital on Tuesday in the Turkish capital.

Cemal Kaplan, another citizen who lined up for vaccination, says he cannot understand how "anti-vaxxers" found support. “You have to get vaccinated if there is a vaccine. Even a minimum advantage against coronavirus counts in this time of pandemic,” he says.

Serap Öztürk says she is “anti anti-vaxxers.” “It is simple. You get vaccinated so we can get rid of the pandemic. I don’t know if there is any other solution,” she said.

Medical professionals voice concerns on anti-vaccine activists thriving on social media and repeatedly urge the public not to abstain from inoculation.

“Anti-vaxxers flourish as a result of a combination of ignorance, misuse of science and malicious intentions,” said professor Mehmet Ceyhan, a children’s infectious diseases expert at Hacettepe University.

Speaking to DHA, Ceyhan said skeptics and anti-vaxxers were claiming that vaccines were useless but this was not true. “Up to 75% of the population should be vaccinated before we see a concrete overall impact of the vaccine on society. It is wrong to expect a sharp drop in cases with only a small ratio of vaccination. So far, a minor proportion of the nation is vaccinated with both doses. But people should be aware that the number of cases would grow more and more if it was not for vaccinations and restrictions,” he said.

Ceyhan points out that Australia, New Zealand and Israel were exemplary as they both clung to measures and vaccination at the same time, instead of relaxing measures in proportion with the vaccination drive.

Though vaccination gains momentum, coronavirus cases still fluctuate above 60,000 in the country. Çanakkale, a western province, currently tops the list of places with the highest rate. Between April 10 and April 16, some 962 cases were recorded per 100,000 people in the province, forcing the local pandemic board to take some radical measures.

The board, overseen by the governorate, announced the measures on Tuesday, including a ban on more than two people standing too close to each other in public spaces. Though it may seem like an overreaction, crowding in parks, on the streets are the main factors driving up the cases.

Recently, the pandemic board of the province had closed all promenades, parks and public gardens to the public until May 17. The board also ordered locals not to go to open-air marketplaces, open on Tuesdays and Fridays, more than once a week.

Officials will check the IDs of shoppers at the marketplaces to enforce the ban. The pandemic board also imposed a requirement of producing a HES (Life Fits Into Home) code for visitors to cemeteries and people attending funerals.

Other measures, which are also implemented nationwide, are already in place in Çanakkale, including curfews, while schools and some businesses remain closed.

The authorities also ordered businesses that are exempt from closures to switch to flexible working hours and/or working from home, if possible. Families are also banned from accepting guests or visiting each other at home.