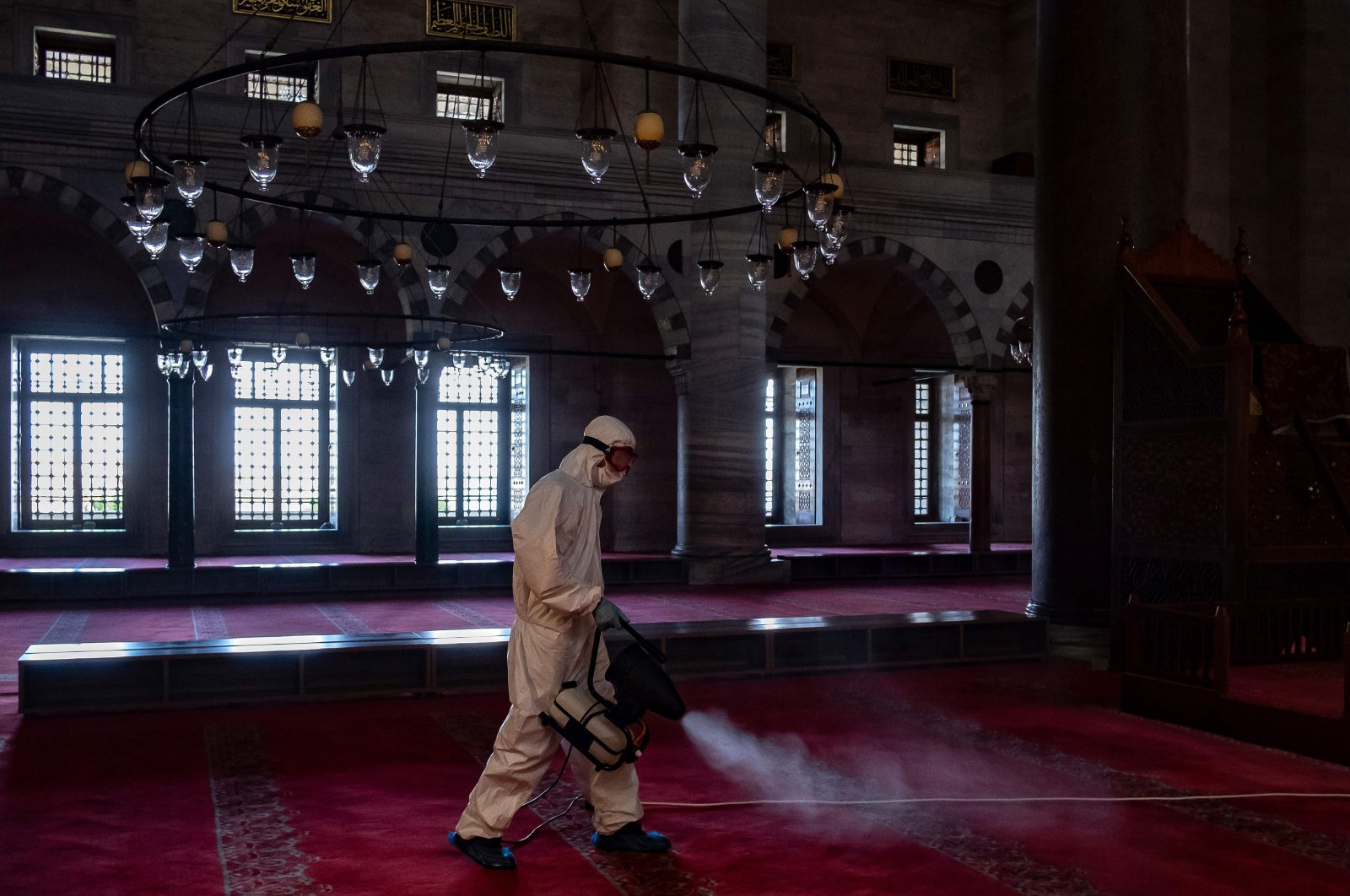 A Fatih Municipality worker disinfects the Suleymaniye Mosque before its reopening on the last day of the Eid al-Fitr in Istanbul, on May 26, 2020 amid the spread of the COVID-19 pandemic, caused by the novel coronavirus. (AFP Photo)
by DAILY SABAH May 27, 2020 7:07 pm

The number of people that died of the novel coronavirus in Turkey in the last 24 hours stands at 34, bringing the total tally to 4,431, Health Minister Fahrettin Koca announced Wednesday.

The minister pointed out that the data shows that Turkey is able to stabilize the risk. "More freedom depends on full compliance with the measures," Koca said referring to the end of the four-day curfew across Turkey during Ramadan Bayram.

The curfew for people under the age of 20 and above 65 remains active, Koca stressed Wednesday morning as soon as the general curfew was lifted.

Turkey ranks ninth in a tally by Johns Hopkins University but experts believe the number of infections globally could be much higher than reported.