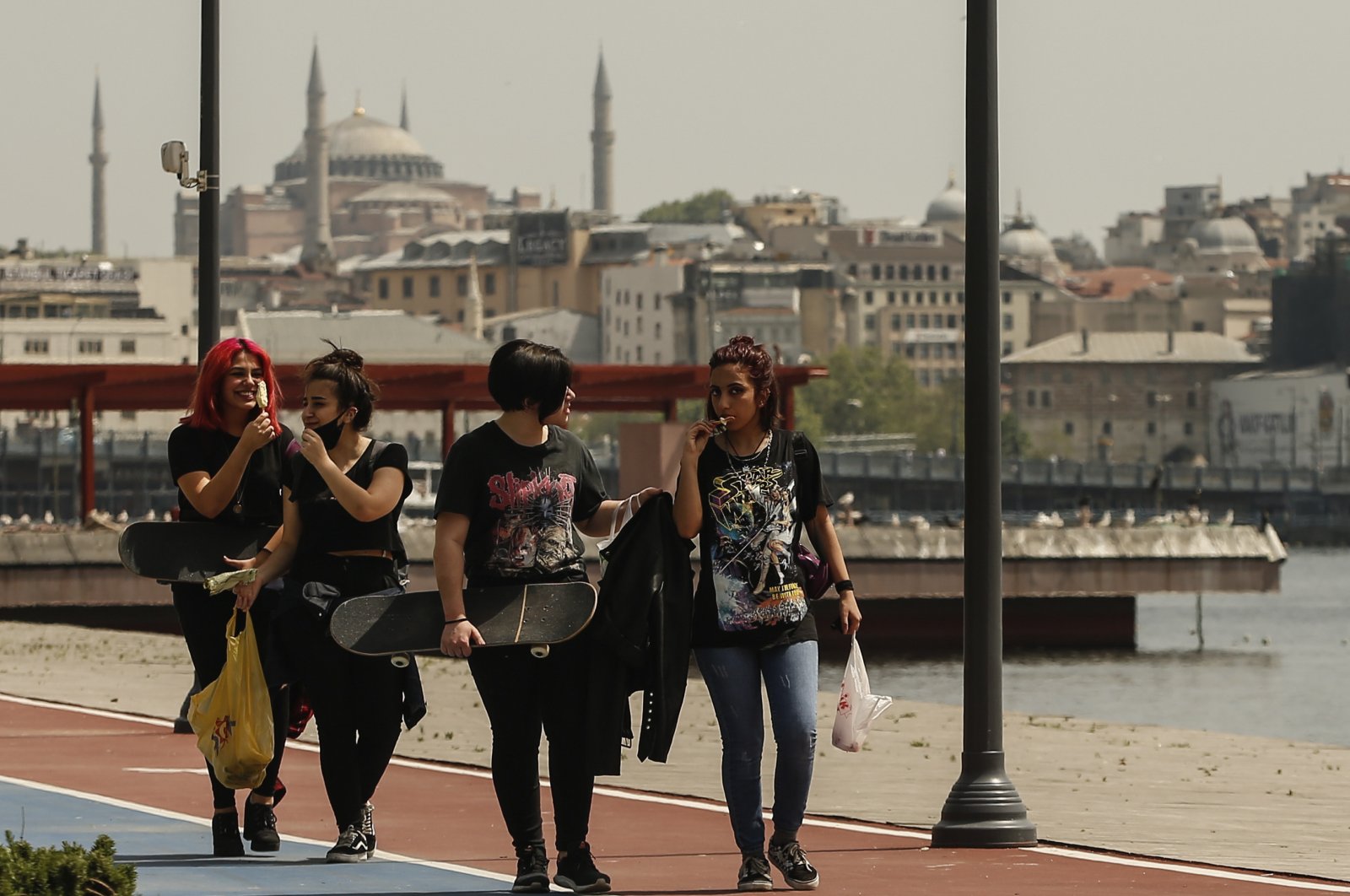 Turkish girls walk in Istanbul, backdropped by the Hagia Sophia as teenagers were able to leave their homes for the first time in 42 days on Friday, as their turn came for a few hours of respite from Turkey's coronavirus lockdowns, Istanbul, Turkey, May 15, 2020. (AP Photo)
by DAILY SABAH May 16, 2020 6:22 pm
RECOMMENDED

Turkey's daily COVID-19 death toll fell to 41 with 1,610 new confirmed cases on Saturday. Some 2,004 more people, in the meantime, have recovered from the disease, Health Minister Fahrettin Koca said.

Koca said some 1,610 new cases were identified in the latest batch of tests, bringing the total number of confirmed cases to 148,067.

With the latest figures, the total number of recovered cases reached 108,137.

While some 474 patients remain intubated, the number of patients in intensive care stands at 906.

Turkey has not imposed a stringent nationwide lockdown since reporting its first positive case on March 11, resorting instead to weekend curfews, initially in 31 provinces and cities. It also limited travel between those cities.

Yet, most recently, the country announced several new steps toward “normalization,” including the reopening of some businesses and lifting travel restrictions between some cities. Barbershops, hairdressers and shopping malls were also allowed to reopen but with specific measures to protect against the coronavirus.

Meanwhile, some 15 provinces among the initial number of 31 cities, including Istanbul, will go into a four-day curfew as of 12:01 a.m. Saturday as part of the measures that are still in effect.