Turkey's death toll from bootleg alcohol rises to 17 since Wednesday 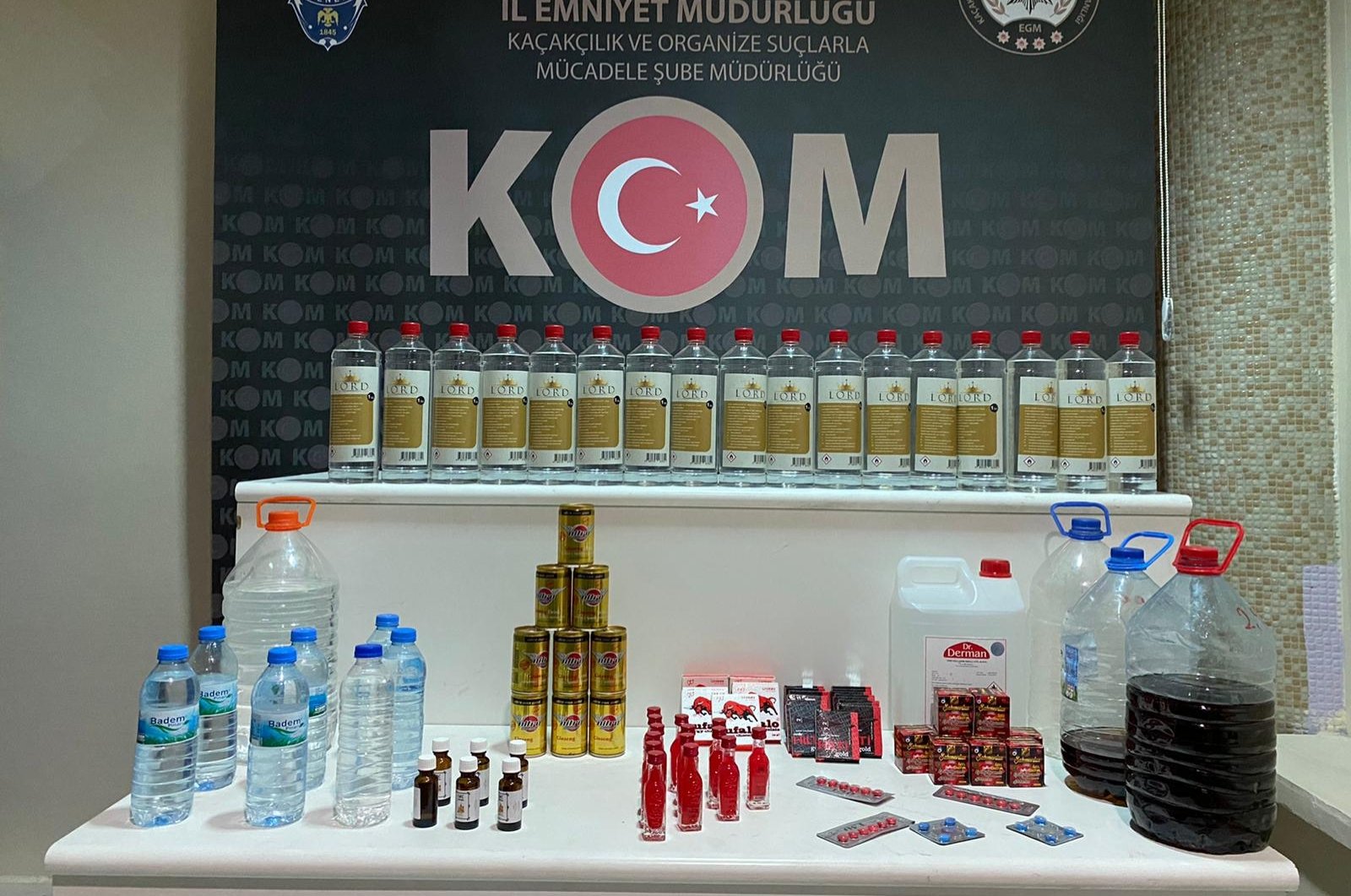 On Sunday, four more people died in the western province of Izmir where they were hospitalized after drinking bootleg alcoholic drinks on Friday. Including the latest fatalities, 15 people have died under similar circumstances between Izmir and the central province of Kırıkkale.

67-year-old Necdet Kanatlıer and 68-year-old Nihat Karaoğlan, Ilhami Kalfa and Hüseyin Yılmaz were among 18 people hospitalized, out of which six died on Friday. Two more people remain in critical condition. Seven more citizens died in Kırıkkale between Wednesday and Friday.

Following the fatalities, police in two cities and across the country launched operations against producers of bootleg alcohol. Some victims were found to have consumed homemade drinks they made using methyl alcohol found in chemical cleaners.

Murat Aksun from Izmir’s Katip Çelebi University (İKÇÜ) says that even one glass of bootleg drink made of methyl alcohol is lethal. He told Anadolu Agency (AA) on Sunday that methyl alcohol; which is mostly used as paint thinner, glass cleaner and in the production of perfumes; is commonly used in bootleg booze as it is cheap and easy to obtain. Aksun also pointed out that diagnosing alcohol poisoning is difficult, leading to a delay in hospitalizations. “Symptoms usually emerge between 10 and 24 hours after consumption. People start suffering from headaches and visual impairment. As soon as they notice such symptoms, which is different than the usual effects of alcohol intake, they should seek medical assistance. Without treatment in time, it can lead to death or blindness,” he said.