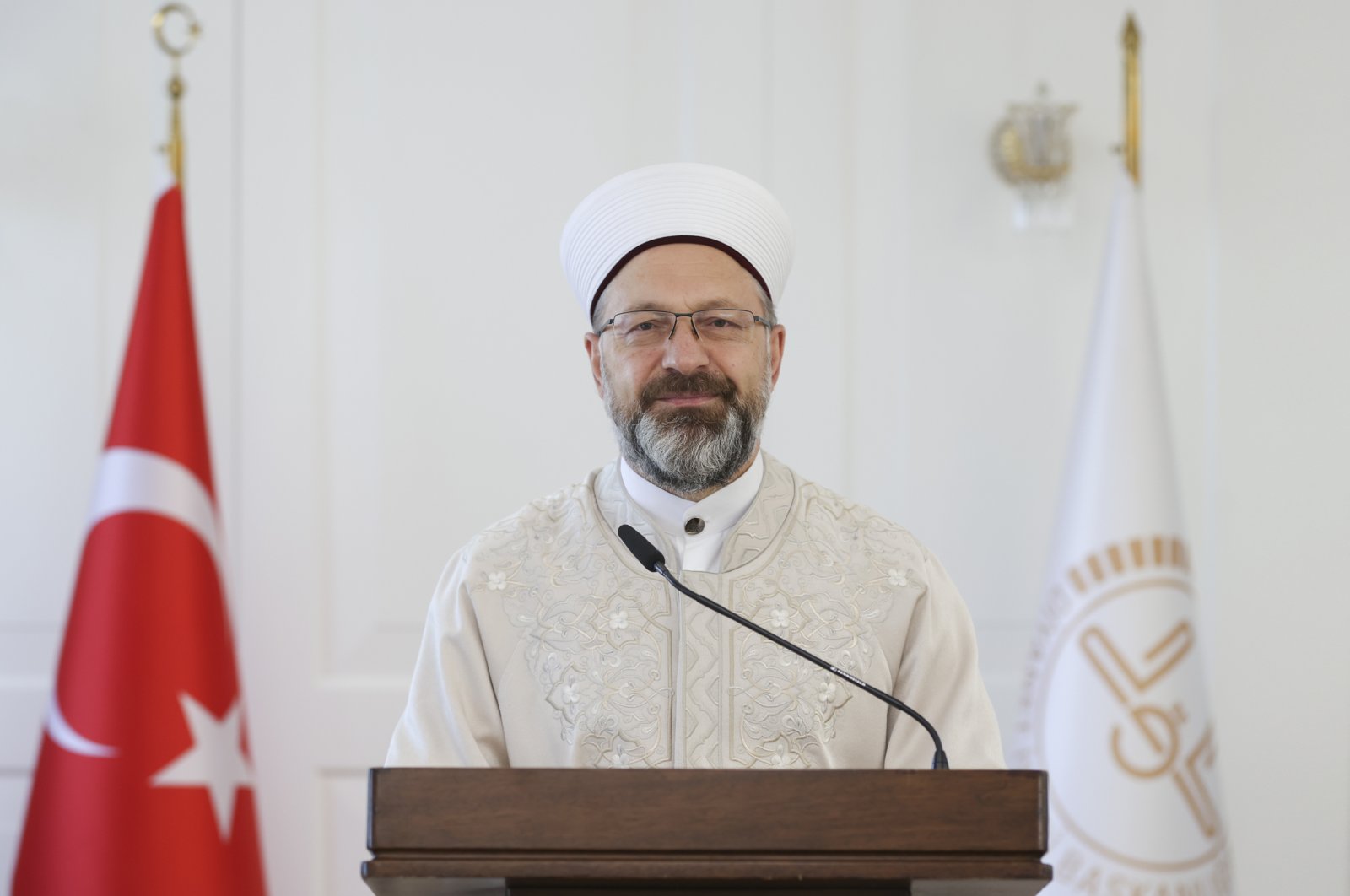 The Head of the Presidency of Religious Affairs in Turkey (Diyanet) Ali Erbaş showed his support with a phone call Wednesday to Ebru Erman, who was exposed to unfair criticism in the debate about women entering mosques a few days ago.

On May 1, the presence of women in the courtyard of a mosque in Istanbul sparked a debate when a man lashed out at the women saying they should not be entering mosques. Erman, who is a graduate of the prominent theology department of Marmara University, responded with solid arguments and the debate soon went viral on social media.

Erbaş on a TV program expressed his regret over the incident and wished "such an incident would never have happened." He emphasized that their presidency works hard to make mosques a more inclusive place for women.

"We have thousands of women's congregations in our 90,000 mosques. We strive to make our mosques suitable for the worship of our women," he said.

After a daily prayer in the historical Mihrimah Sultan Mosque, located in Istanbul's Üsküdar district, a middle-aged man became angry at the women standing in the courtyard and said, "Women have no business to be and pray in a mosque." Erman, a young teacher with a bachelor's in Theology and currently studying for her master's degree in the same major, defended the women saying, there is no rule in Islam that prevents women from worshipping in mosques. The aggressive attitude of the man was captured by many onlookers and made its way online where the debate found a much larger online.

Erman later tweeted about the incident saying that this particular experience does not reflect the attitude of all Muslims as most are respectful toward women and of their presence in mosques and at Islamic events.

"Due to the video shared on social media without my knowledge, many people have come forward to support my reaction as the video included sensitive notions such as religion, women and mosques. News that is portraying this incident as a view of Islam and that of the Turkish society toward women is unacceptable. Muslim women represented in Islam and Turkish history are strong dignified women who make a difference in society with their strong characters and personalities."

Turkey's Diyanet followed the discourse right from the beginning and expressed its support for women and Erman.

"As President of Religious Affairs Ali Erbaş stated in the broadcast, he has been following the event from the beginning. He called me and shared his regret over the incident recently. It would be more beneficial to talk about the projects of the presidency on women, rather than speaking about my case," Erman said in a tweet recently.