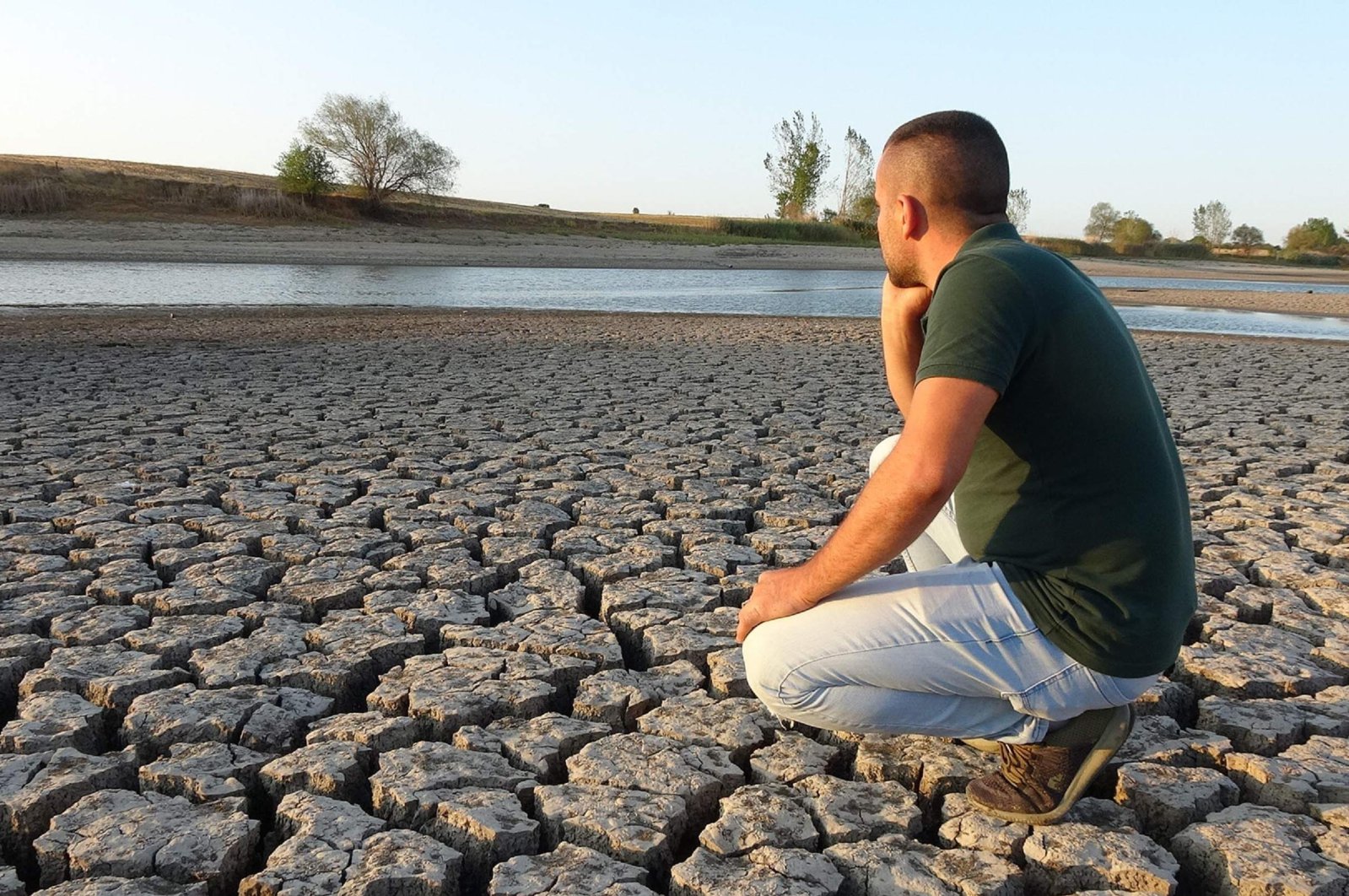 Turkey’s northwestern Thrace region has suffered a severe lack of precipitation between winter to the end of summer this year. Edirne has been among its hardest-hit provinces. The province has only had 317 cubic millimeters of rainfall so far this year, almost half of its yearly average, marking the driest season in the last 91 years, according to experts.

The province’s ponds and reservoirs have rapidly dried up as farmers worry about the sustainability of the area's agriculture that thrives on wheat and sunflower cultivation. Already suffering from a loss of production, farmers are concerned about the possibility of forgoing new crops since the soil remains hard and impenetrable due to the drought.

Water levels in dams dropped to 20% this year, half of the levels in early 2019. Authorities banned taking water from ponds supplying irrigation canals for agricultural lands but violations of the ban further reduced the water levels, leading to mass fish deaths. Özay Öztürk, head of Edirne Commerce Exchange, says the province has “clearly felt” the fallout of global warming. “The winter was unusually dry, and we saw little rainfall. Lack of snowfall in the winter decreased water levels in the dam. We have seen up to a 30% loss in wheat yields and up to a 50% loss in sunflower yields. The latter also contributes to the lack of sunflower oil supplies,” he said.

Lütfü Azim, a 68-year-old farmer from Edirne’s Çömlekakpınar village, said he has never seen such a drought in his lifetime. “It has been six months, and there has been no rainfall. Yields are low. People plant canola in dry soil, but it needs rain. If it does not rain much, it will be spoiled. I didn’t plant any seeds because I don’t know if it will rain much. It is a risky business,” he said. Azim said some farmers use machinery for planting, but “they broke because the land is very dry.” Nilüfer Can, another villager, pointed to a large fountain in the village used for the needs of livestock, saying: “No water here for the past four months. The drought hit us very badly."