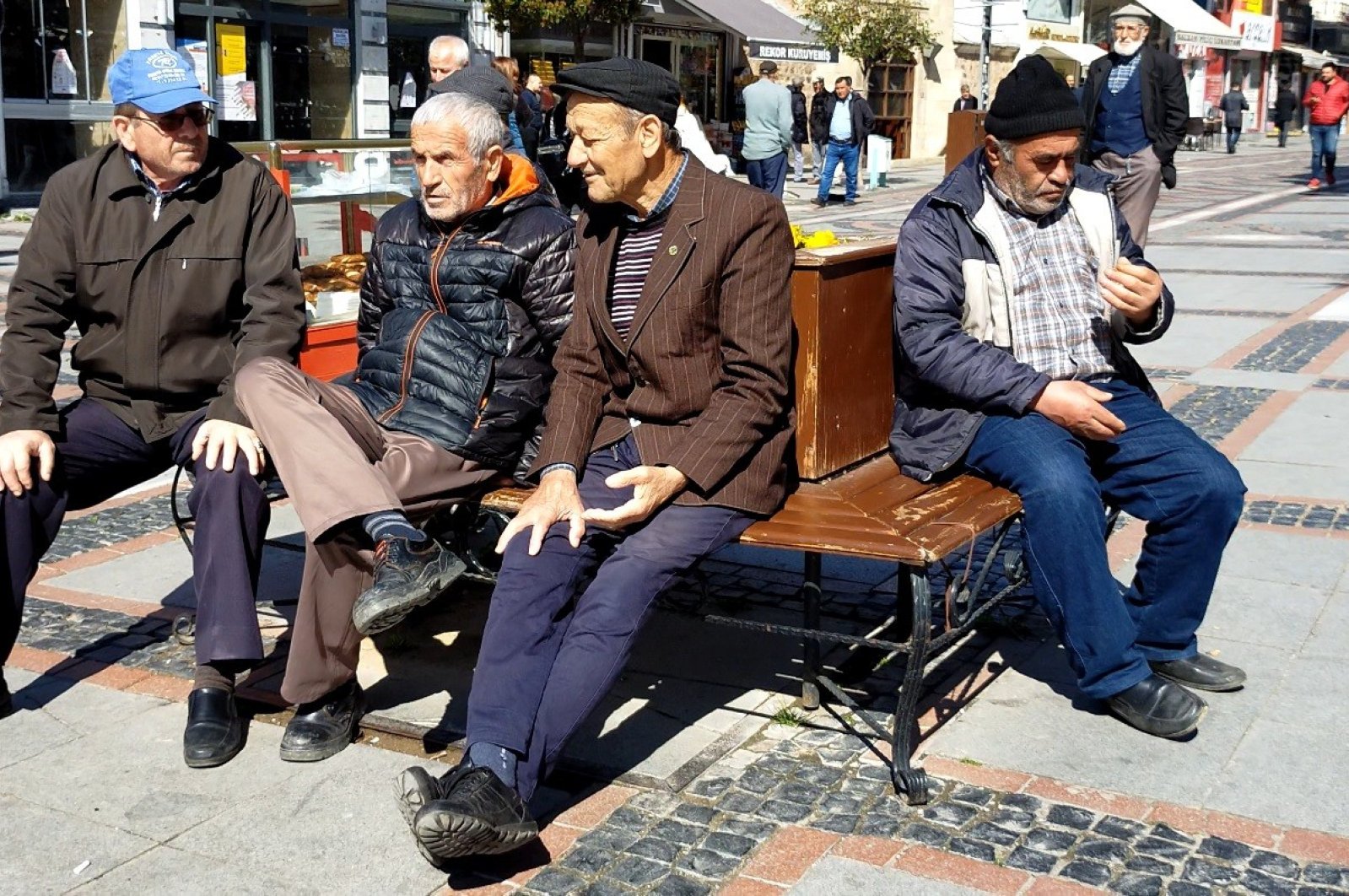 Figures by the Turkish Statistical Institute (TurkStat) show that Turkey’s elderly population increased by 21.9% in the last five years. Statistics released Wednesday as part of the country’s “Respect the Elderly Week” show senior citizens now make up 9.1% of the total population, based on 2019 figures. Still, Turkey lags behind developed countries in terms of the elderly population. Indeed, TurkStat says it ranks 66th among 167 countries. The three countries which have the highest proportion of elderly citizens in their population are Monaco, Japan and Germany, with 34.1%, 28.8% and 22.7%, respectively.

There are now more than 7.5 million elderly citizens in Turkey and the majority of them are women, TurkStat figures indicate. Some 62.8% of the elderly population are those between the ages of 65 and 74. “In Turkey, the elderly population increased with a speed higher than that of other age groups. Turkey is in the process of demographic transition, which is called the global aging process. Turkey's shape of age structure changed with advances in public health, better living conditions, increases in welfare level and life expectancy, along with decreasing rates of fertility and mortality. The proportion of children and youth in the total population decreased, whereas the proportion of elderly people in the total population increased. Even though Turkey has a young population among countries with an older age structure, the absolute number of the elderly population is quite high,” TurkStat said in a statement.

Life expectancy at birth remains at 78.3 years, and for people at the age of 65, the remaining life span is 17.9 years.

Sinop, a small, quiet city in northern Turkey, which coincidentally leads in life satisfaction statistics, had the highest proportion of the elderly population with 18.8%. It is followed by Kastamonu, also in northern Turkey. Cities with the lowest proportion of the elderly population were Şırnak, Hakkari and Şanlıurfa. Among the three cities, all in southeastern Turkey, Şırnak had the lowest percentage of elderly citizens, at 3.3%.

Elderly people died mostly from diseases of the circulatory system, according to TurkStat, while the proportion of elderly people who die from Alzheimer’s disease increased.