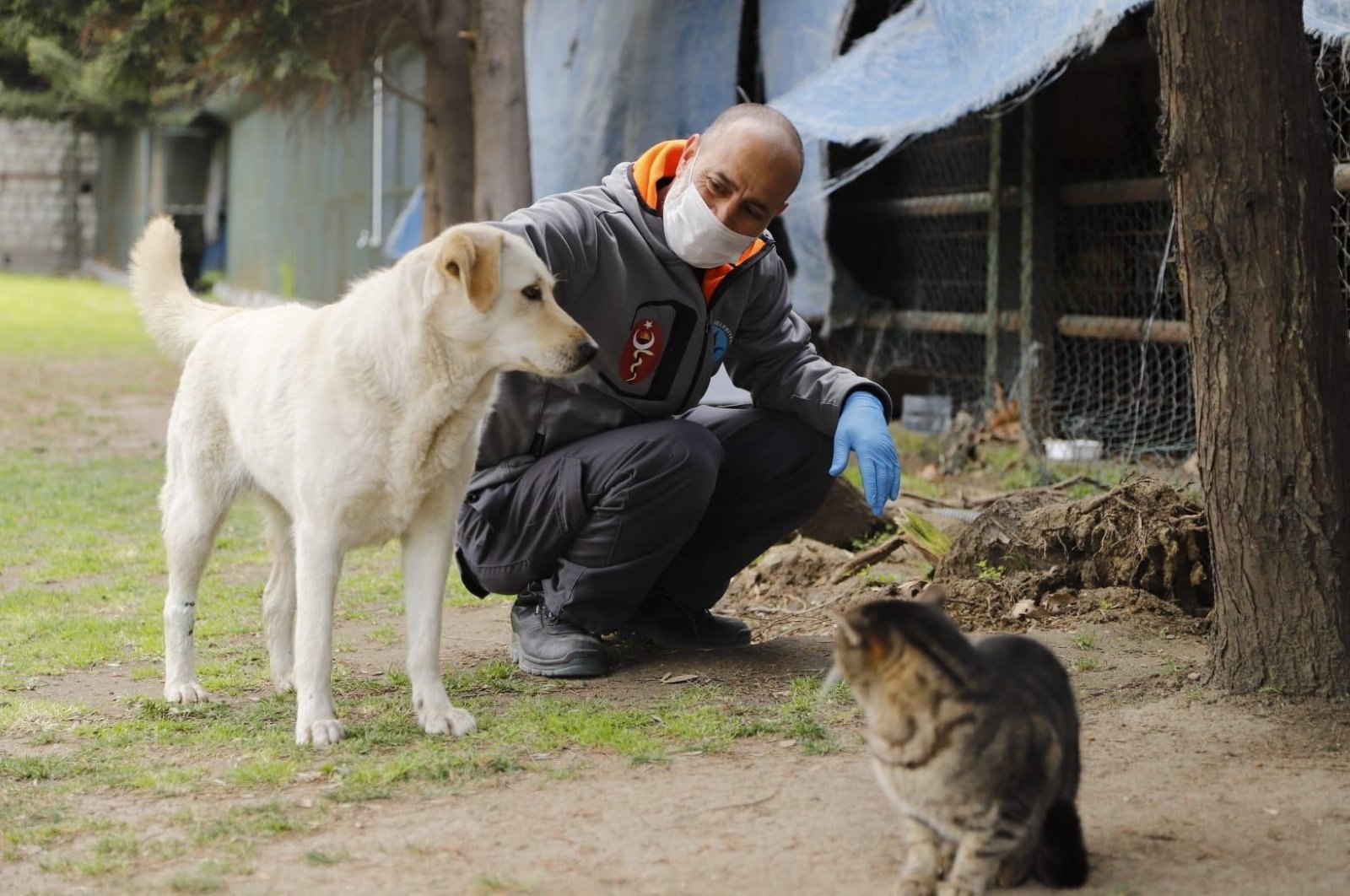 Environment and Urbanization Minister Murat Kurum Thursday asked Turkish citizens to remember to provide food and water for stray animals to keep them from going hungry given the large absence of activity on the streets due to the coronavirus outbreak.

With the coronavirus continuing to spread, the epidemic has had an impact not just on people but also on the lives of street animals. All restaurants, cafes and other social gathering places have been closed in a bid to halt the spread of COVID-19. As a result, many street animals have had difficulty finding food and water, as citizens do as they are told and stay at home.

To mark World Street Animals Day on April 4, Kurum said in a message released on Twitter, “In these difficult days, we are not forgetting our friends and leaving food and water in front of our homes.” He also asked people to share and support his call.

Recently, many municipalities began providing food and water to street animals to prevent starvation and dehydration. Istanbul’s Beşiktaş Municipality is leaving food and water out for animals in the neighborhoods of Etiler, Konaklar, Ulus and Bebek.

Similarly, a municipality in the Black Sea province of Kastamonu is also aiding its stray inhabitants. Mayor Engin Altıkulaç said his team would be working hard to prevent street animals from starving.

The municipality of the Marmara district of Darıca has made sure to keep its animals in mind, distributing food at certain locations. The mayor of Darıca, Muzaffer Bıyık, said measures had increased throughout the district, with an Animal Health and Welfare team established as part of the Municipality Police Department, charged with distributing supplies.