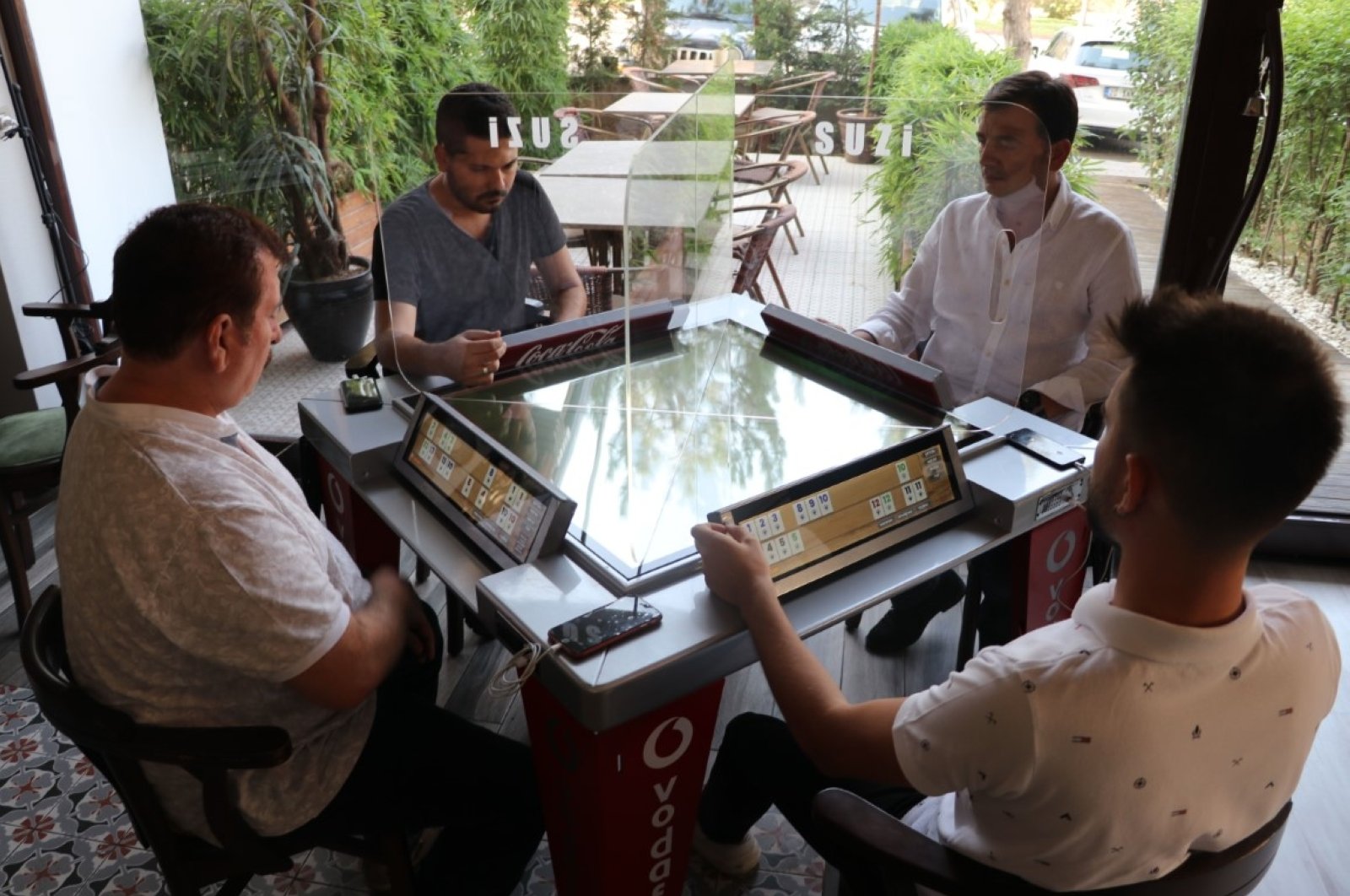 Coffeehouses are the most popular hangout for millions of men in Turkey. When the pandemic hit the country, they were closed like other businesses. After reopening in June, there was a drop in the number of customers due to a ban on board games, the favorite pastime of those frequenting coffeehouses.

An entrepreneur in the western province of Denizli came up with a solution to beat the boredom for all those stuck at home. Suat Küçüker designed a digital table for fans of the game okey, a blend of mahjong and rummy which is wildly popular in the coffeehouses across the country. By replacing stands with touchscreens, where tiles are placed, customers can safely play the game. Küçüker, a coffeehouse regular, says it was an idea he conceived two years ago but only came to fruition when games were banned due to the coronavirus outbreak.

The table he named “Suzi” allows four people to play the game, safely distanced from each other due to large shields placed in front of each okey stand. Along with okey, customers can play other favorite games from cards to chess.

With an internet connection, players can remotely access the games on the table, something that solves the problem of finding the fourth player required for okey.

Küçüker has so far built three tables with the support of an IT company and plans to switch to mass production soon. “I believe this will revive people’s interests in coffeehouses again,” he said.