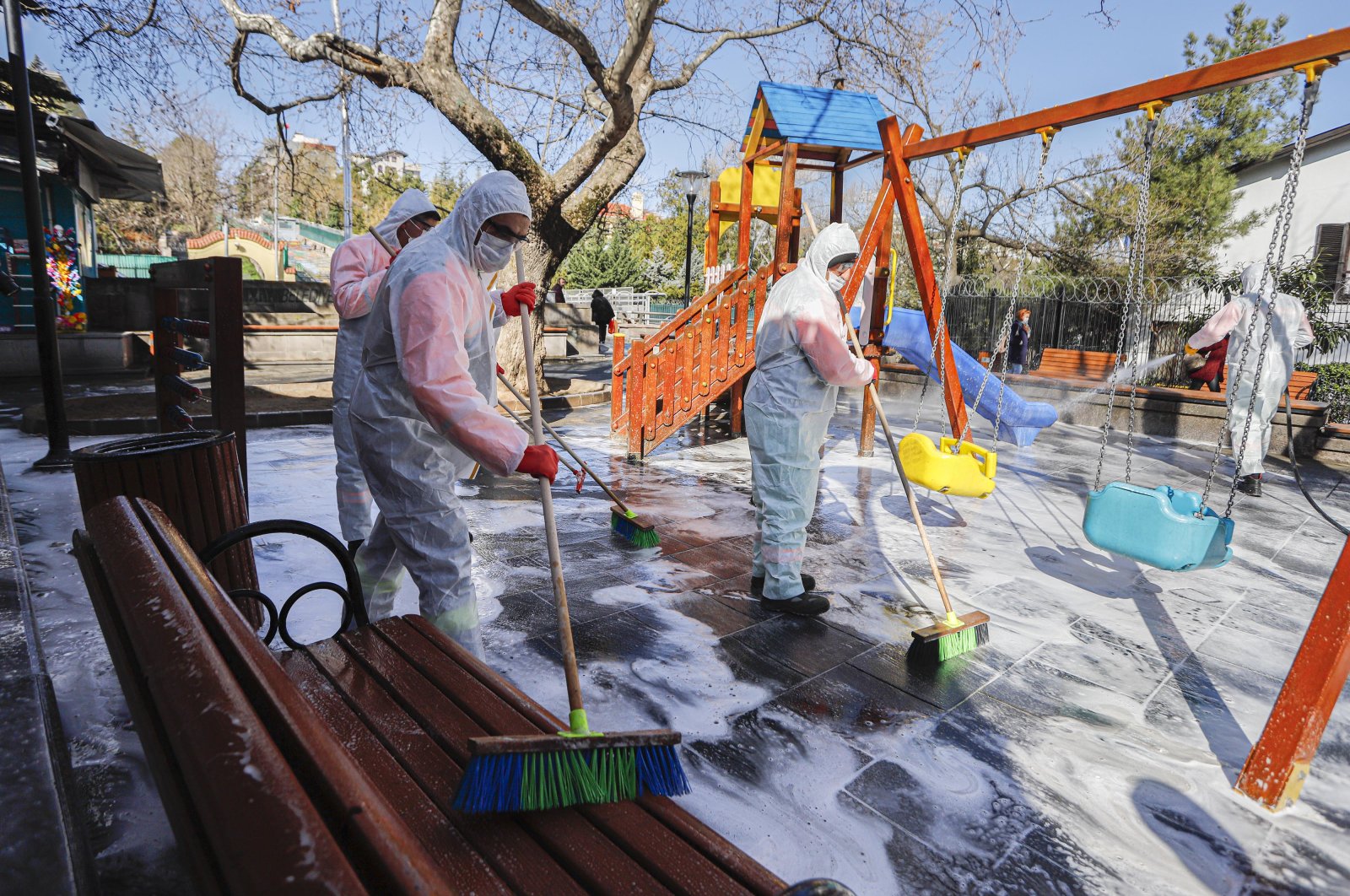 Turkey is set to quarantine thousands arriving from Europe as part of containment measures, while ban on social areas, such as cafes, bars kicked off on Tuesday

Turkey continues to roll out increased measures to contain the growing coronavirus outbreak. It will place some 3,614 Turkish nationals arriving from Europe and other countries under supervised quarantine in Istanbul and Kocaeli, Foreign Minister Mevlüt Çavuşoğlu said Tuesday.

The citizens, arriving from Austria, Belgium, France, Germany, Spain, the Netherlands, Norway and Sweden, had applied to return to Turkey. The minister said plans have been put in place to bring them back by midnight Tuesday in 34 separate flights.

According to Çavuşoğlu, all 3,614 citizens will be placed in quarantine under the supervision of the Health Ministry and the Disaster and Emergency Management Authority (AFAD). Turkey on Monday imposed flight bans on six more countries, including the U.K. and the United Arab Emirates, bringing the total number of countries to 20. Hours after announcing the flight bans, Health Minister Fahrettin Koca said Turkey’s number of confirmed coronavirus cases had increased to 47.

All 29 new cases had recently, either directly or indirectly, come into contact with patients returning from the U.S., the Middle East or Europe, including three who had just returned from the umrah, the lesser Islamic pilgrimage, in Saudi Arabia, Koca said on Twitter. Turkey earlier placed thousands of returnee pilgrims in quarantine in specific student dorms.

Minister Çavuşoğlu recalled that Morocco suspended all flights to Turkey on March 19 and there were currently about 1,500 Turkish citizens in the North African country. He said they were working to address the potential problems citizens there might face, adding that the Foreign Ministry had set up a coronavirus hotline that has received over 9,000 calls as of Monday.

As Ankara ramps up measures to curb the outbreak, the Interior Ministry ordered a nationwide closure of almost all communal venues, including cafes, cinemas, gyms and wedding halls, having already ordered the closure of all bars, discos and nightclubs a day earlier. The streets of large cities have since remained relatively empty.

Meanwhile, the country’s top religious authority, the Presidency of Religious Affairs (DİB), also announced Monday a ban on gatherings for communal prayer, including Friday services, although the authority stopped short of closing mosques for individuals wishing to perform daily prayers. The government closed schools for two weeks starting on March 16, while universities were closed for three weeks.

Across the country, no deserted cafes, bars and public venues put out signs stating: “closed due to coronavirus.” Places excluded from the ban were also relatively empty, including Istanbul’s iconic Spice Bazaar. The marketplace, a major tourist attraction, saw few customers Tuesday.

Bayram Tuğlu, a local shopkeeper, told İhlas News Agency (İHA) that turnout had slumped in the last two weeks. “With every new case, the number of visitors drops. We only have a few tourists here and they are the ones who came to Turkey before the first cases were reported. The bazaar will be quieter once they leave too,” he said. Ferhat Salipçe, another shopkeeper, complained that the number of Turkish customers had also dropped as fewer people were shopping due to virus fears.

Istanbul, the country’s most congested city, has seen one of the most drastic transformations in light of the new measures. Mass transit has use dropped 44%, according to figures, with the ministry stating that while 7.4 million used public transport services across the day on March 9, this number had fallen to 4.1 million by Monday.

On Tuesday, police and municipal inspectors visited venues affected by the Interior Ministry ban to check for violations. Justice Minister Abdülhamit Gül said Tuesday that failure to comply with quarantine measures constituted a crime in line with the Turkish Penal Code, which proscribes sentences for those causing “threats to public health."

Meanwhile, the Health Ministry has tasked actors playing doctors on some of the nation's most popular TV shows to raise awareness about the coronavirus. Videos starring Timuçin Esen, who stars in the Turkish version of House M.D., as well as Taner Ölmez, the titular good doctor in the Turkish version of the U.S. show, to inform the public about what to do to avoid contracting the virus.

Furthermore, President Recep Tayyip Erdoğan is set to chair a coordination meeting on Wednesday, according to the Presidency’s communications director, Fahrettin Altun. Altun tweeted that the public would be informed about the next “steps to be taken” after the meeting.

Professor Ateş Kara, a member of Coronavirus Science Board set up by Health Ministry to tackle the crisis, says there will be likely more cases, but that precautions would limit the space available for the outbreak to spread. Speaking to Demirören News Agency (DHA) Tuesday, Kara said the current number of 47 could “increase to 57 or 67,” but that “as long as we are careful, we can prevent it spreading further,” adding: “A cautious approach for the next two months might mean Turkey will be one of the most successful countries at fighting the outbreak."

The Coronavirus Science Board has convened daily under the coordination of the Health Minister. Turkey’s quickly implemented measures were praised by the World Health Organization (WHO) while the government's response has been largely approved of across the country.

Kara says that all current cases had originated from abroad, while none had been known to have spread so far. "If we come across a dire situation in the coming days, there might be more measures, like the closure of shopping malls and restaurants, as well as a reduction in working hours at supermarkets, to come."

Kara said an increase in infection rates could be tied to several factors, from temperature and humidity to crowded areas, noting that the shutting down of schools had largely helped prevent a wider outbreak. “Turkey took more radical measures early on compared to other countries. For instance, if you shut down schools after the first case the reduction in infections comes to 15% or 85 in every 100 persons. Now, it will be 55 in every 100 persons at most." The minister added that based on the current course of the outbreak, school closures could be extended.

"The state has done everything to prevent a surge in cases, but now it is up to the public. They should be very, very careful. We have to keep a meter apart in crowded places, we should not go out as much, we should be in self-isolation for 14 days if we have just returned from abroad. Those returning from abroad should wear masks if they have to go out,” he said.