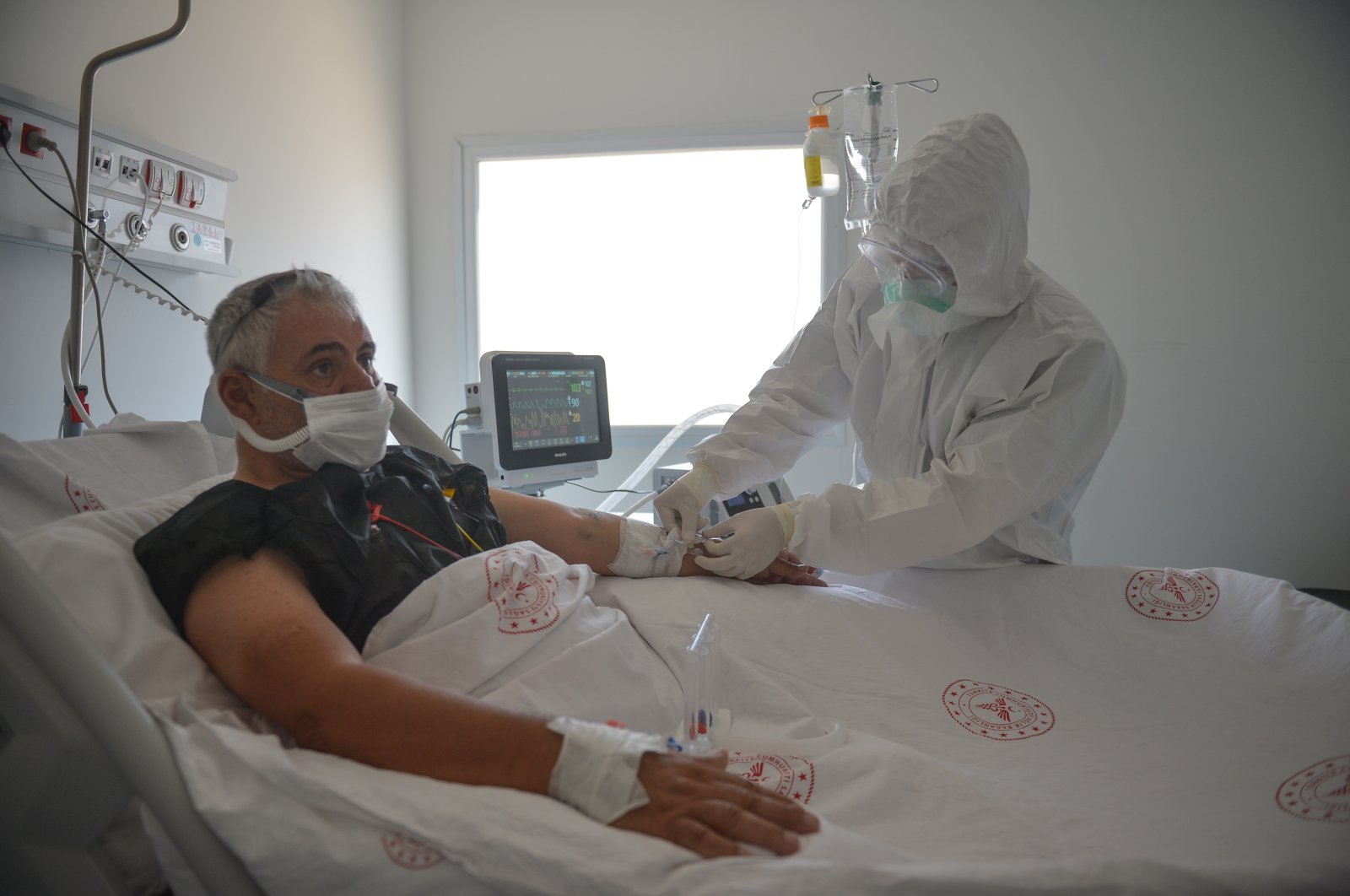 As the number of new cases continues to fluctuate, Turkey is tightening measures with a nationwide inspection of the observation of rules to guard against COVID-19 and introducing more specific regulations

Turkey managed to contain the coronavirus outbreak for a time, but the persistent presence of new cases now has prompted authorities to take new measures. The Interior Ministry ordered the governorates of 81 provinces to step up inspections to identify violations of rules to stem the spread of COVID-19, from social distancing to the wearing of protective masks.

On Thursday, the country will run what Interior Minister Süleyman Soylu called “the intensest inspections” across the country. Soylu tweeted Wednesday that every official, from governors to mayors, will be “in the field” to check marketplaces, businesses, mass transit, roads, taxis and every public space to see whether the public complies with rules against the pandemic. On Tuesday evening, the ministry issued a set of new orders to governorates, from inspection of the isolation of patients to contact tracing oversight. Kırıkkale, a central province neighboring the capital Ankara, was chosen as the pilot location for provincial pandemic inspection centers, which will serve as an oversight mechanism in enforcing the outbreak-related rules.

The provinces already have pandemic boards in place that take measures specific to each province based on the number of cases. The new regulation aims to tighten those measures. It calls for governorates and law enforcement to monitor patients with mild COVID-19 cases who are ordered to self-isolate, particularly in the first week of isolation. The Interior Ministry says Turkey entered a new phase where guiding, convincing and deterring people in the fight against the pandemic has become essential in the new “controlled social life.”

Governorates are ordered to set up contact tracing monitoring boards which will closely monitor patients at hospitals and in self-isolation and report daily changes in cases. Contact tracing teams formed by the Health Ministry in every province will be supported by law enforcement as well as local officials and figures like village headmen, teachers and imams, to raise awareness of the disease.

The new regulation also clarifies restrictions at crowded events like weddings. Authorities will issue a warning and fines and suspend the activities of businesses violating social distancing and hygiene rules. The tradition of condolence meetings, common in eastern and southeastern Turkey, where crowds pay mass visits to families who have lost a member, was also banned.

In the pilot province Kırıkkale, a call center was set up for citizens to file complaints and tip-offs for rule violations. The province will also set up a database of inspected businesses and mass transit vehicles. Businesses, mass transit vehicles and taxis complying with rules will be given a “safe area” logo. Mehmet Ercan Aslantaş, deputy governor of Kırıkkale, told reporters Wednesday that the new inspection system will see teams tasked with inspection branched out as “warning teams” and “experts.” Warning teams will check for violations of mask, distancing and hygiene rules while experts will decide on the designation of safe areas. “If a place is found to comply with rules in two random inspections, it will be designated as a safe area. After designation, these places will be inspected at least twice a week by our teams. If violations are found, their designation will be terminated,” he said. He said that the database will facilitate the tracking of businesses not complying with rules. Each citizen running a business will be monitored if they are included in the database in the first instance of violation and will face penalties for repeated violations.

The Health Ministry also switched to new measures in the fight against the pandemic. According to a report in the Hürriyet daily, the ministry decided to offload the burden of patients to hospitals in big cities like Ankara, Istanbul and Izmir by the self-isolation method. Home care for patients with less severe COVID-19 symptoms will be prioritized. Those who came into contact with patients will also be monitored at their homes. Everyone will be administered drugs at home instead of at hospitals and will be monitored to ensure they do not violate the self-isolation rules.

Turkey has carried out almost 5 million COVID-19 tests so far, Health Minister Fahrettin Koca said Tuesday. Health care professionals performed 46,249 tests from Monday to Tuesday. Citing Health Ministry data, Koca said on Twitter that the country had confirmed 994 more recoveries from the coronavirus over the past 24 hours, bringing the tally to 218,491. However, he added, there was a spike in new cases compared to Monday.

He said situations where there is close contact among people, such as those during holidays like last week’s Qurban Bayram, also know as Eid al-Adha, should be prevented as they could raise figures.

A change in education

Turkey is mulling opening schools amid the pandemic later this month and is working on different scenarios including limited education and mixing regular classes with online ones.

Yet, a member of the Health Ministry’s Coronavirus Science Board warned that they may have to make new decisions if cases swell again. Professor Levent Yamanel said things may change if infection rates increase, especially among those who returned from domestic trips during last week’s holiday. “This is a dynamic process and numbers are monitored daily. Turkey’s R-value was below 1 but new increases took it above 1 again,” he said, referring to the average number of people who will be infected from a single person who has coronavirus. “There is not a second peak risk but it is important to wait and see what will happen in the next five-to-10 day period,” he told Demirören News Agency (DHA) on Wednesday.