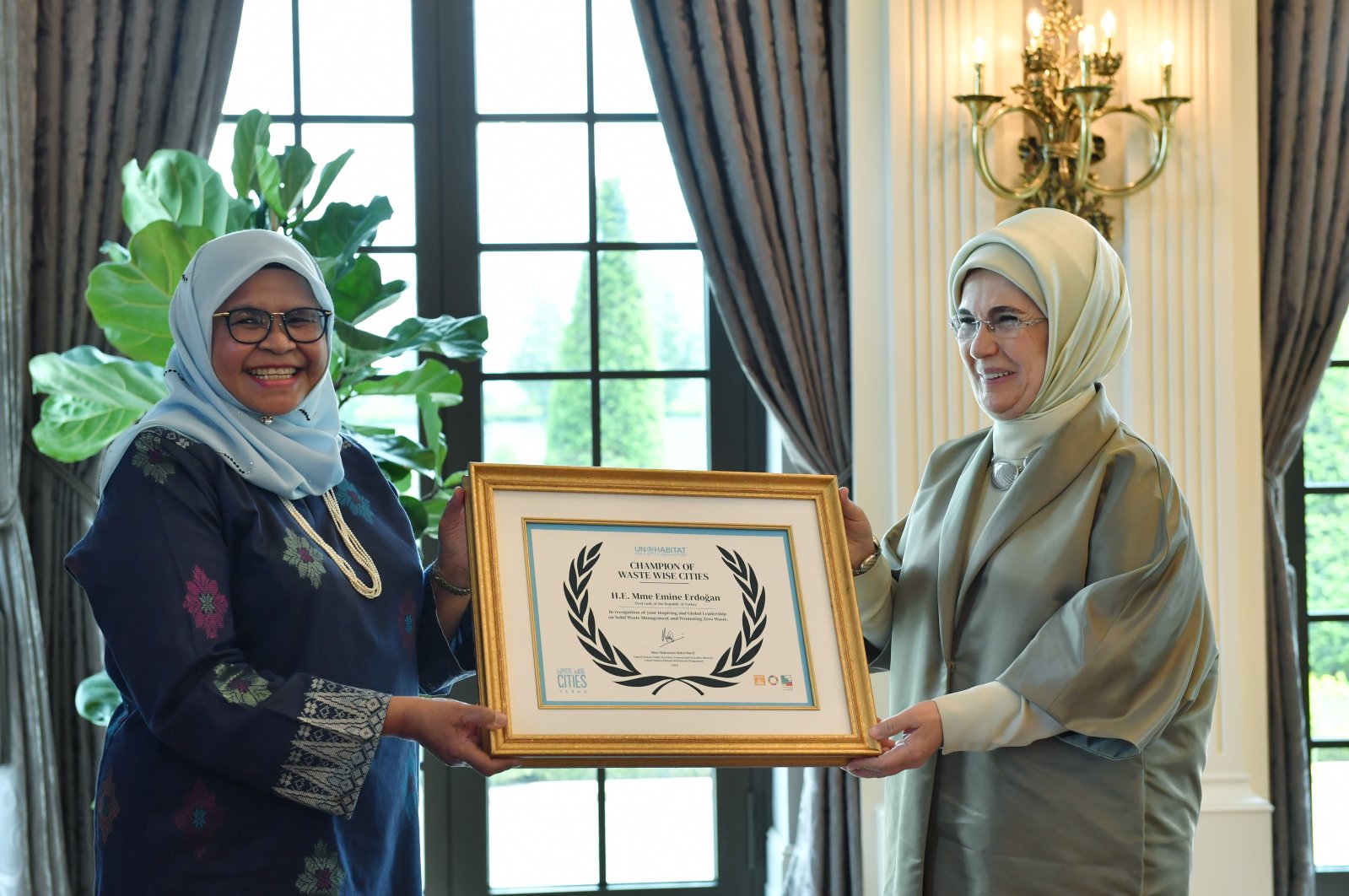 First lady Emine Erdoğan received the “Smart cities championship on waste” award by the United Nations Human Settlements Programme, U.N.-Habitat, on Wednesday for her Zero Waste project as well as other environmental efforts.

Erdoğan was given the award by the executive director of the U.N.-Habitat, Maimunah Mohd Sharif, in the capital Ankara.

Indicating that this is Sharif’s first visit to Turkey, the first lady in her speech underlined the long past of cooperation between Turkey and the U.N.-Habitat.

She reminded that Istanbul hosted Habitat II in 1996 and said, “This event has increased the visibility of the initiative’s principles and has given effective outcomes.”

Erdoğan highlighted that new and strong cooperation between Turkey and the U.N.-Habitat was to be expected in the upcoming future.

“We believe that the smart cities in the field of waste initiatives will make significant contributions to reaching the goal of cities compatible with the environment and nature. We are determined to contribute to the success of this initiative,” she stated.

The first lady further elaborated that she planned to expand the Zero Waste project throughout the country.

As part of the project initiated in 2017, the waste recovery rate target is 35% by 2023 and it currently stands at 19%. Between 2017 and 2020, 315 million kilowatt-hours (kWh) of energy, 345 million cubic meters of water, 50 million barrels of oil and 397 million tons of raw materials were saved. The project has also prevented 2 billion tons of greenhouse gas emissions and has saved 209 million trees.

“Only between the years 2017-2020 we made huge gains. We saved significant amounts of water and oil. Seventeen million tons of recyclable waste was gathered. Two million tons of greenhouse gas emissions were prevented,” she added.

Erdoğan also called on the world's 1.8 billion young people between the ages of 10-24, pointing out that humanity reached this high number for the first time.

“This figure shows how great an influence you have on the world order.”