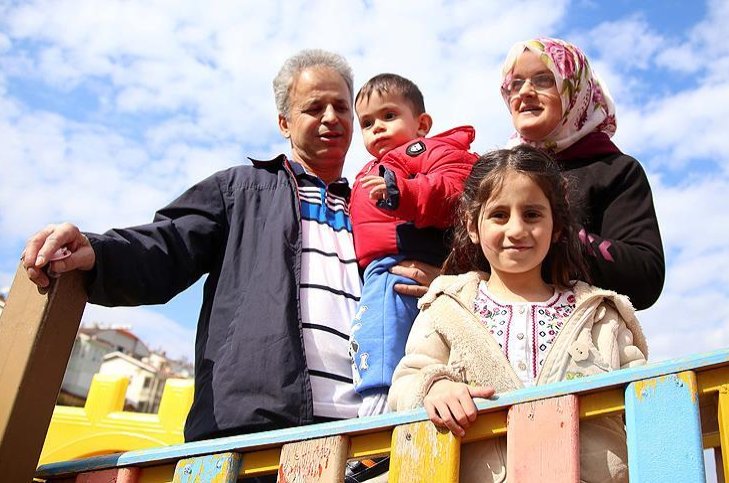 In a world where thousands of unaccompanied minors desperately seek asylum in Europe, Turkey is embracing children orphaned by ongoing conflicts around the world. A campaign initiated by first lady Emine Erdoğan to promote foster family practices now reaches out to child victims of conflict.

Figures by the Ministry of Family, Labor and Social Services show 318 children of foreign nationality, most from conflict zones, have found new homes with foster families in Turkey as part of the “protective family” campaign. Unaccompanied minors from countries like Syria, Iraq and Afghanistan now have the opportunity to grow up in a warm family home.

Emine Erdoğan launched the “Heart Ambassadors” project in 2012 to promote more foster care, which had been rare for orphans and unaccompanied minors. The government initiated campaigns with the motto of "a family for each child” to encourage the practice in all 81 provinces. As of 2020, 7,478 children benefit from protective family services. Overall, 6,155 families have stepped up to open their homes to children in need.

Turkey already hosts a large number of migrants and refugees from all around the world, including more than 3.5 million from neighboring Syria – more than any other country in the world. A number of them are unaccompanied minors, such as children whose parents died in Turkey or on the dangerous journey into Turkey, which is a gateway to Europe for many migrants and refugees traveling from Asia and Africa.

Turkey's foster care system also promotes providing homes to children with disabilities. Currently, 794 disabled children are being cared for by foster families, who receive incentives from the government for the education of those children.

Istanbul, Ankara and Izmir are the top three cities with the most foster or protective families.

In the past, Turkey ran traditional orphanages and other child care facilities to care for orphans and children in need of a home, but in the past decade, the government transitioned to a model that provides more freedom to these children. Children from impoverished families, for instance, are prevented from being handed over to social services. Instead, their families are given financial support for child care. The adoption of orphans is also promoted, while orphans above a certain age are accommodated in apartments where each has his or her own room and is supervised by social services staff.