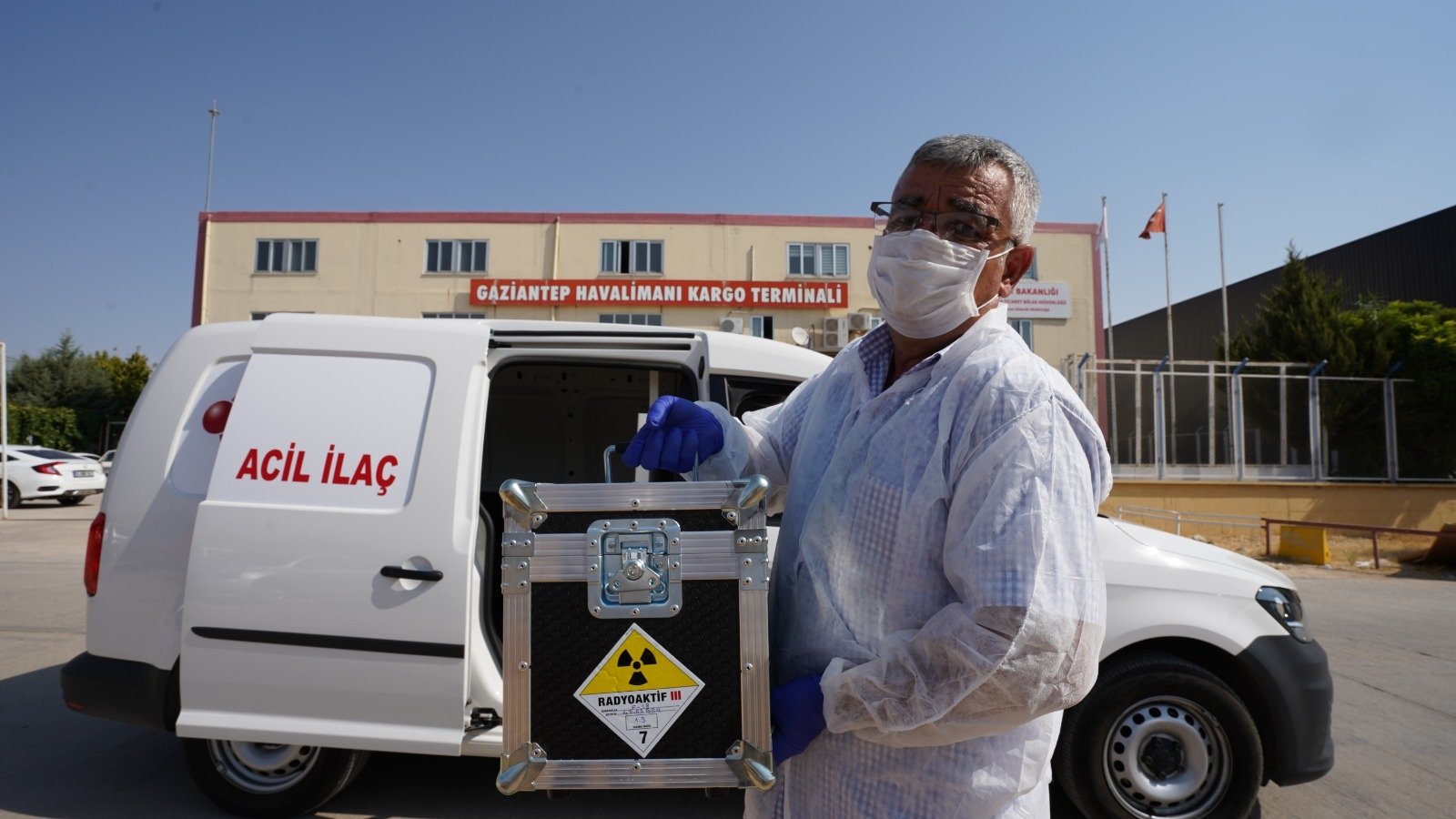 The growing industrial province of Gaziantep in southern Turkey is set to receive a major investment for cancer research and development.

A Proton Acceleration and Radiopharmaceuticals Facility, which will be built by the Industry and Technology Ministry will be "key for a cure for cancer patients," Minister Mustafa Varank said Tuesday in a written statement.

The facility, located at the Gaziantep Technology Development Zone, will help curb imports in the field and support innovative scientific studies.

The ministry's General Directorate of Development Agencies having allocated a budget of about TL 47 million (approximately $5.9 million), the largest earmarked amount by the directorate for such a project.

Following the installation of a Canadian-made TR 19 proton accelerator at the facility, it will start radioactive drug production in 2021. It will also carry out research and development work. The ministry signed a protocol with Gaziantep University in March for the project.

Radiopharmaceuticals that will be produced in the facility will be used for the reliable diagnosis of malignant tumors to detect the stage of cancer in the patient and metastasis.

"We will eliminate these expenses. In later stages, we plan to export different types of molecules we produce here to neighboring countries. Eventually, if we can achieve our goals, this facility will be able to cover the costs of building and other expenses on its own in a few years," he said.

Elboğa says radioactive drugs have a half-life that requires reducing the time of transportation. "For example, a drug can be transported from Istanbul to Gaziantep in up to five hours and if the drug has a half-life of 110 minutes, this means three half-life spans for this route. In other words, you have to transport at least three times higher of the amount between the two cities so their half-life is proper. This brings an extra cost," he pointed out.

The facility will focus on the production of copper and zirconium compounds for radioactive drugs and different molecules not previously produced in Turkey with Elboğa saying they will be able to diversify their studies as well. "Researchers had to study already available products but now they can obtain, develop new products and can contribute to the international scientific community," he said.

The location of the facility, in what Minister Varank called "Turkey’s gate to the Middle East," is optimal for the country in order to export. It is only a four-hour flight away from a region home to 1.8 billion people.

Serving as a commerce and industry hub for the Middle East, Asia, Europe and North Africa, Gaziantep seeks to join regional players in the health care industry and health tourism.

Turkey in May officially became a regulatory member of the International Council for Harmonization of Technical Requirements for Pharmaceuticals for Human Use (ICH) and expects it to have a positive impact on the country's medical exports. Officials say the membership solidifies that licensed medical and pharmaceutical products developed in Turkey meet global standards.

With its "locally-made" initiative, which includes incentives to cut back imports in a wide range of sectors, Turkey seeks to limit its dependence on other countries and to emerge as an international player in the business.

During the coronavirus pandemic, the country boasted a rise in medical exports. Exports of respiratory devices, for instance, increased 1,647% to $10.2 million in July, the latest month with available export data.

Exports of masks and protective overalls, in the meantime, rose 464% to $34.4 million. It was followed by exports of diagnostic kits and disinfectants, with a rise of 180% and 16.7%, respectively. Turkey's medical product exports stood at $75.8 million, up 175.1% from the last year.