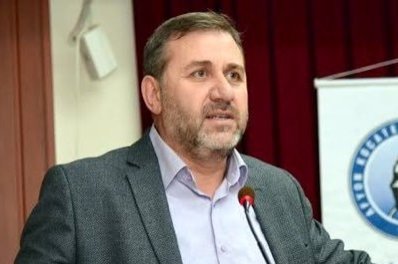 The head of the Turkish Historical Society (TTK) resigned from his post on Wednesday after controversial remarks about the Gülenist Terror Group (FETÖ). Professor Ahmet Yaramış, who was appointed to lead the state-backed society a few months ago, faced criticism for a speech at an event where he appeared to reach out to members of the terrorist group behind the July 15, 2016 coup attempt. Yaramış was speaking at an event about the coup attempt on July 14 when he called for reconciliation with those involved in the attempt but then regretted it. He later clarified his remarks and said he meant only FETÖ members not involved in the putschist bid. Yaramış has also apologized for his statements. His remarks stirred up controversy as the country still looks to shed light on the massive network of secret members of the group four years after the attempt. Social media has been flooded with messages calling on him to resign.