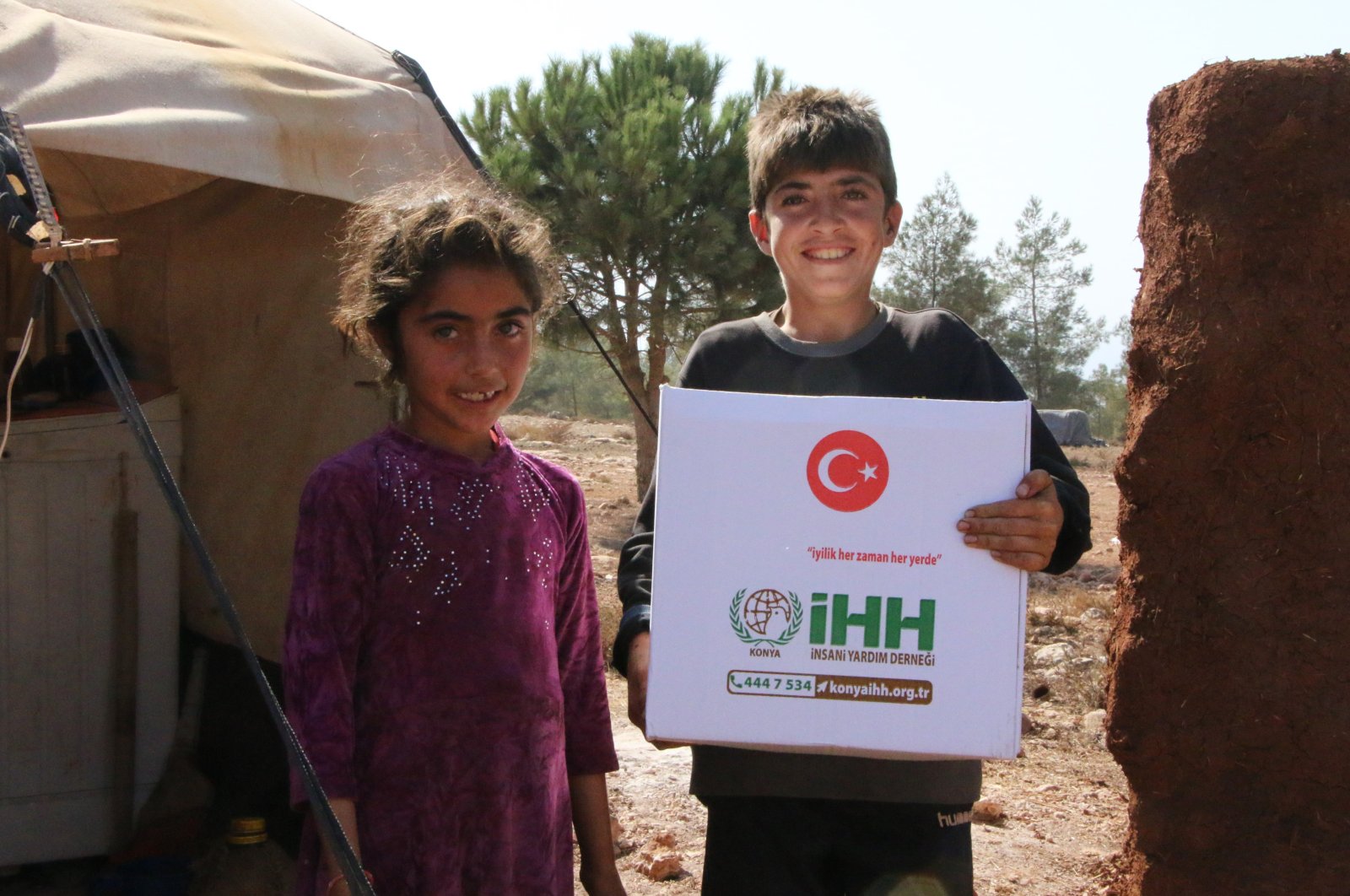 Syrian children pose with a box of aid delivered by Turkey's Humanitarian Relief Foundation (IHH), in this photo provided by the IHH on Nov. 26, 2020. (Photo courtesy of IHH via AA)
by Anadolu Agency Nov 27, 2020 11:43 am

Turkey's Humanitarian Relief Foundation (IHH) will send humanitarian aid to Syria for Human Rights Day to help draw the world's attention to the ongoing suffering in the region.

Selim Tosun, the IHH's media manager for Syria, told Anadolu Agency (AA) they plan to organize a well-attended event on the special day, adding that the foundation will continue to stand by the victims of the war in Syria.

"Trucks carrying humanitarian aid from all over Turkey will set out on Dec. 10, observed as Human Rights Day all over the world. The purpose of the project is both to provide help and to draw attention to the human tragedy in the region," he said.

Tosun added: "Women and children's rights are brazenly violated in Syria. Hundreds of thousands of people have lost their lives due to the civil war. Millions of children were orphaned and millions of people became refugees."

Syria has been torn by a civil war since 2011 when the Bashar Assad regime cracked down on pro-democracy protesters with unexpected ferocity.