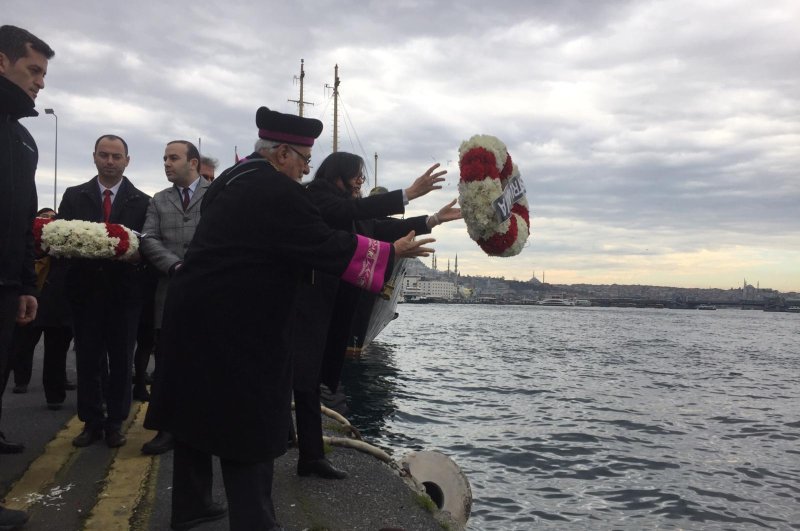 Members of Turkey’s Jewish community and local authorities commemorated the 78th anniversary of the Struma disaster on Monday. An event was held near the spot where the eponymous ship carrying Jewish passengers was sunk, mark this yet another tragic chapter in the plight of Jews during World War II.

The Struma was torpedoed in an attack on Feb. 24, 1942, by a Soviet submarine, allegedly by mistake. It was carrying 768 Jews fleeing persecution at the hands of Nazis and was stranded on Istanbul’s coast. Turkey’s pursuit of a neutral policy during the war delayed permission for the ship that left Romania in December 1941 to cross the Bosporus on the way to reach then-British-occupied Palestine. As days passed, disease broke out aboard and the ship, which was placed in quarantine before it was towed out to sea by the Turkish authorities, one day before it was torpedoed. Only a man survived the disaster.

Speaking at the commemoration ceremony, Metin Delevi, a prominent member of the Jewish community of Turkey, said although Turkish Red Crescent and the Jewish community in Istanbul, including his then 14-year-old father, delivered aid to the ship, hopes faded out for passengers the day it was towed out of the coast.

“We have to take lessons from this incident. Unfortunately, people do not learn their lessons and we do not see a decline in anti-Semitism, Islamophobia and xenophobia. We need to educate people,” he said.