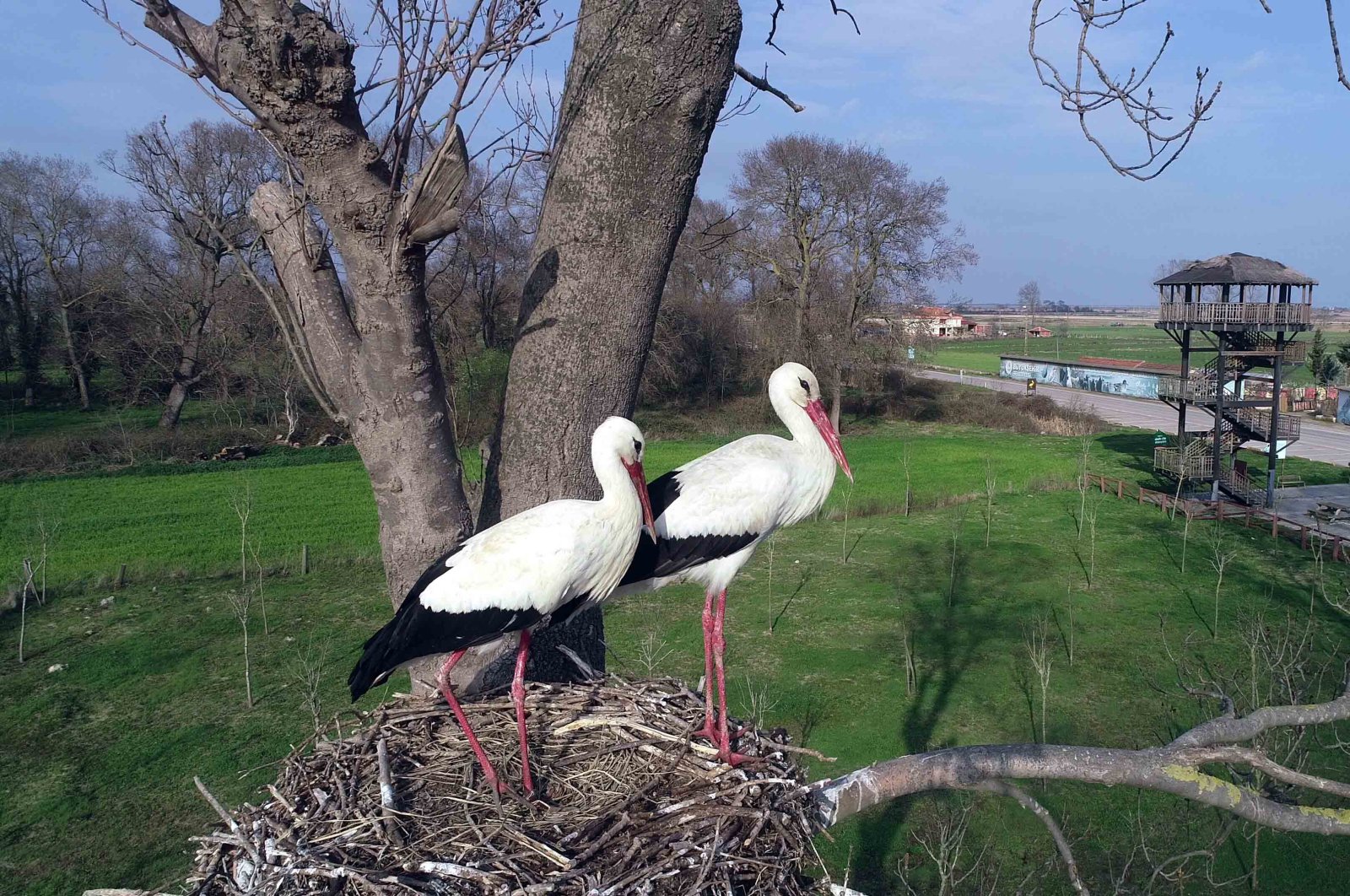 Hosting one of Turkey’s largest bird sanctuaries, the Kızılırmak Delta in northern Samsun province welcomed back its stork population with the arrival of spring.

Hundreds of storks arrived at the delta to claim one of the dozens of nests at the sanctuary to spend the season and to breed with their mates.

Dubbed “Stork TOKİ” by the locals who thought they resembled the many mass housing projects by the Housing Development Administration of Turkey (TOKİ), the nests and the sanctuary provide storks a safe place to rest after a tiresome migration and have contributed to a population boom, according to an ornithologist.

Speaking to Anadolu Agency (AA), Kiraz Erciyas Yavuz of Ondokuz Mayıs University in Samsun said the Kızılırmak Delta was among the most important wetlands in Turkey.

“More than 70% of the 480 bird species in Turkey can be sighted in Kızılırmak Delta at different times. Some migratory birds come here to spend the winter, while others come to breed. Other birds use the delta for a stopover to rest and feed on their way to Northern Europe. The storks, on the other hand, return here with warming weather after spending the winter in Africa. Since the weather is warmer this year, they have returned early,” Yavuz said.

According to Yavuz, the delta regularly hosts up to 1,000 couples of storks.

“Storks are social animals. They want to be closer to humans and agricultural lands. What we call ‘Stork TOKİ’ is actually a world-renowned thing. A lot of local and foreign tourists visit the bird sanctuary at the delta to see these nests,” she said.

Registered on the tentative list of UNESCO World Heritage Sites, more than 21,000 hectares of the Kızılırmak Delta are composed of wetlands, of which 5,174 hectares were put under protection as a wildlife development area. The delta comprises one of the most diverse ecosystems of Turkey with its lakes of various sizes, reed fields, rarely flooded forests, wet meadows and a large number of species.