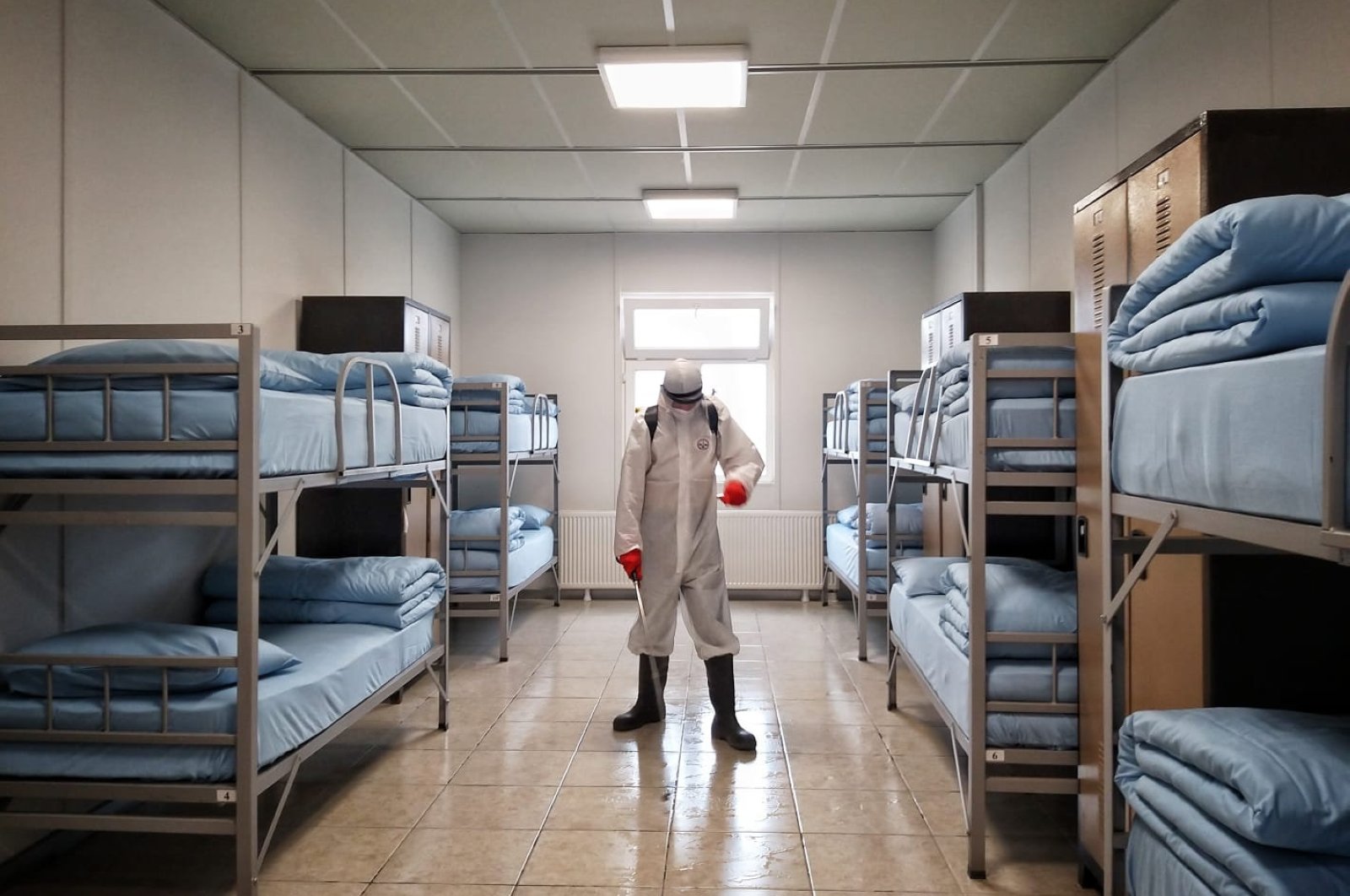 With nearly 500,000 personnel, the Turkish Armed Forces (TSK) is one of the biggest militaries in the region, yet it has managed to stave off the coronavirus pandemic with minimal damage so far. Compared to the militaries of the United States, Russia, France, Italy and Britain, the TSK has the fewest positive COVID-19 patients in its ranks, based on the rate of patients to the number of staff.

Nevertheless, the Ministry of National Defense looks to boost its measures against the outbreak with new regulations. The ministry warned its personnel serving in the country and abroad to avoid crowded events, particularly wedding and engagement parties where the infection risk is high. It was the latest measure to add to a long list of precautions in the TSK, where more than 150 positive cases have been reported since March.

The TSK, which fights on multiple fronts, including domestic and cross-border counterterrorism operations, and remains on alert amid tensions in the Aegean and Eastern Mediterranean, succeeded in keeping its personnel in areas of responsibility protected from the virus for a long time and strives to minimize the pandemic’s impact on its operations and activities. Officials say they pursue “a proactive approach” and update measures based on virus trends to keep thousands safe in the barracks in Turkey's 81 provinces and abroad.

The Defense Ministry set up a Center For Protection Against COVID-19 (KOMMER) to coordinate the protective measures with other ministries and government agencies. KOMMER issued its latest warning to avoid weddings after discussions with health authorities.

KOMMER oversees the measures in the TSK throughout the chain of command, from the Turkish General Staff headquarters to the headquarters of the land, air and naval forces, from small garrisons to sprawling military bases. The center also monitors developments regarding the pandemic in Turkey and in the world. It tracks coronavirus cases in the TSK and is involved in the planning and management for controlling the pandemic. Working around the clock, the center has scenarios in place against any rise in cases, working like the TSK’s operations center plans military operations. It is in constant contact with different branches of the TSK and its staff regularly hold videoconferences for planning various responses to the outbreak. Through the center, the TSK also set up its own contact tracing teams which scan the patients’ last contacts to detect more potential cases linked to the patient. They are assisted by militarily-developed software in tracking the cases.

As it is easier to control an outbreak within the borders of Turkey, the military units abroad still face a greater risk. To that end, TSK seeks to curb the outbreak without limiting its counterterrorism operations. In northern Syria, where Turkish troops were deployed to help local forces fight off terrorist groups, entries and exits to areas of operations were regulated again after the pandemic made its foray into Turkey in March. Commanders are authorized to issue permits for entries and exits while the movement of troops is minimized unless absolutely necessary. Any personnel traveling to Turkey from abroad is required to spend 14 days in self-isolation with his or her health continuously monitored. Vehicles sent for the supply of goods from Turkey to Syria are thoroughly disinfected by crews.

Navy ships where crews have to spend months in close quarters also boosted measures. Since March 21, all vessels are brought to ports as part of isolation and disinfection measures.

Personnel with critical jobs, such as pilots, have seen a change in their shifts to prevent overcrowding, while everything from weapons to vehicles is regularly disinfected.

Conscripts are another concern for the TSK, which despite efforts to renew its cadres with career soldiers, largely remains dependent on conscripts. The TSK postponed new conscript intakes after the pandemic broke out and delayed the discharge of conscripts. It recently returned to the routine of recruiting of conscripts but remains abundantly cautious. Mass halls and dormitories are meticulously monitored to ensure measures are in place and soldiers are ordered to adhere to social distancing while using common spaces. Tables and beds have more distance between them now, while the number of troops using them has been reduced, with new planning for the times of use of common spaces. Conscripts set to be discharged after the completion of their military service are being held in 14-day isolation at military bases while new conscripts are admitted into the bases after coronavirus tests.

The military's motto in the early days of the pandemic was to "stay put," and all assignments and relocations of troops had been canceled, while conscripts entitled to weekend leave were also ordered to stay in their barracks. Military schools were also closed. The military has also canceled local and international military exercises. Similarly, visitors have not been allowed to enter military bases. Each base was fitted with thermal cameras screening soldiers' body temperatures.

Meanwhile, the TSK looks to help civilians in the fight against the outbreak, thanks to its vast resources and experience. Facilities run by the Defense Ministry, such as workshops producing military gear, now produce protective equipment and masks for the public and health care personnel. So far, 93 million masks and 500,000 protective suits have been produced by the TSK, along with 245,000 liters (64,722 gallons) of disinfectants.