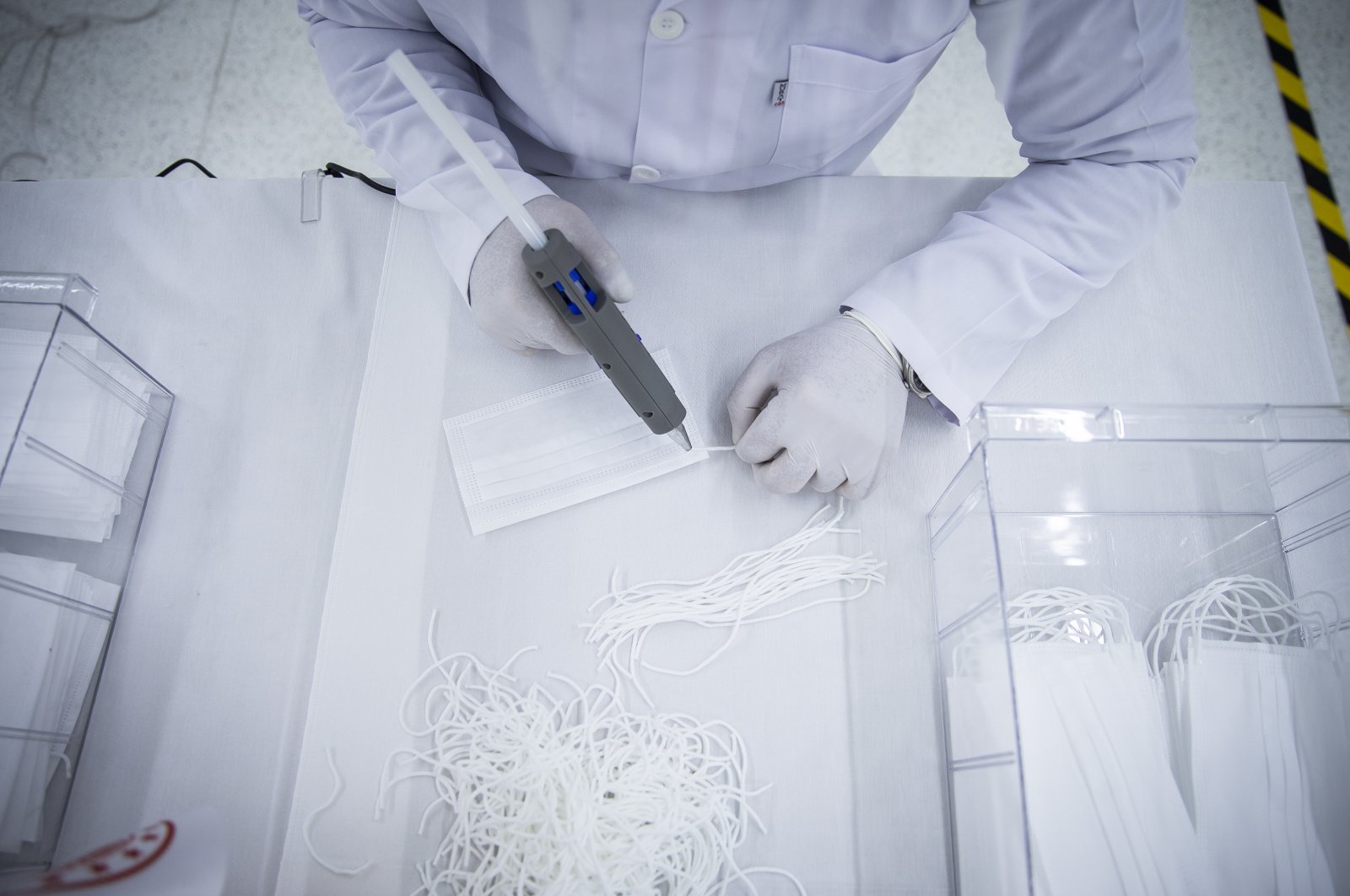 Turkey has seen the public mobilizing against the COVID-19 pandemic in ways last seen in wartime. Volunteers across the country are sewing masks for health care staff and the Defense Ministry and prisons have joined the efforts, boosting their capacity.

The Defense Ministry now makes 10 million masks every week in plants that it runs. The factories, originally manufacturing military camouflage, equipment and other textile needs of the Turkish Armed Forces (TSK), now work around the clock to make masks for doctors, nurses and others at the forefront of the fight against the outbreak. Mechanical and Chemical Industry Company (MKEK), a state-run defense company specialized in weapon and munitions production, nowadays devotes most of its energy to manufacturing masks. Yasin Akdere, manager of MKEK, says that the ministry’s mask production capacity has reached 10 million per week, with the 6.5 million surgical units the company produces. Speaking during a tour of the factory in the capital Ankara that produces masks, Akdere told reporters that the staff was working around the clock and that their capacity has more than doubled since the outbreak emerged. MKEK follows international standards and uses the latest technology for the production of N95 masks, Akdere says. The company also produced more than 334,000 protective suits, 33,210 face shields, more than 377,000 protective gloves and 41,400 liters of disinfectant to contribute to the fight against the outbreak.

MKEK is also behind a locally made “ventilator,” Akdere says. Called Sahra, the device will be helpful against the outbreak, and the manager said they will start serial production in the coming weeks. Sahra enables basic respiration for COVID-19 patients short of breath and suffering from low oxygen levels in the blood.

Elsewhere, the Justice Ministry offered its own contribution to the fight against the virus: workshops in prisons. İşyurtları, as these workshops are called, are staffed with convicts and were originally an instrument to help them with employment after their release. Nowadays, they are a hub for mask production. In the last week alone, 29 workshops churned out more than 1 million masks. İşyurtları also boosted the production of other items useful against the virus like cleaning materials, cologne and protective suits. A total of 80 different products are in production in the workshops with 15 other İşyurtları producing more than 106,000 protective suits and single-use textiles for hospitals. Convicts also assembled 138,000 face shields in one week, according to figures from Anadolu Agency (AA).