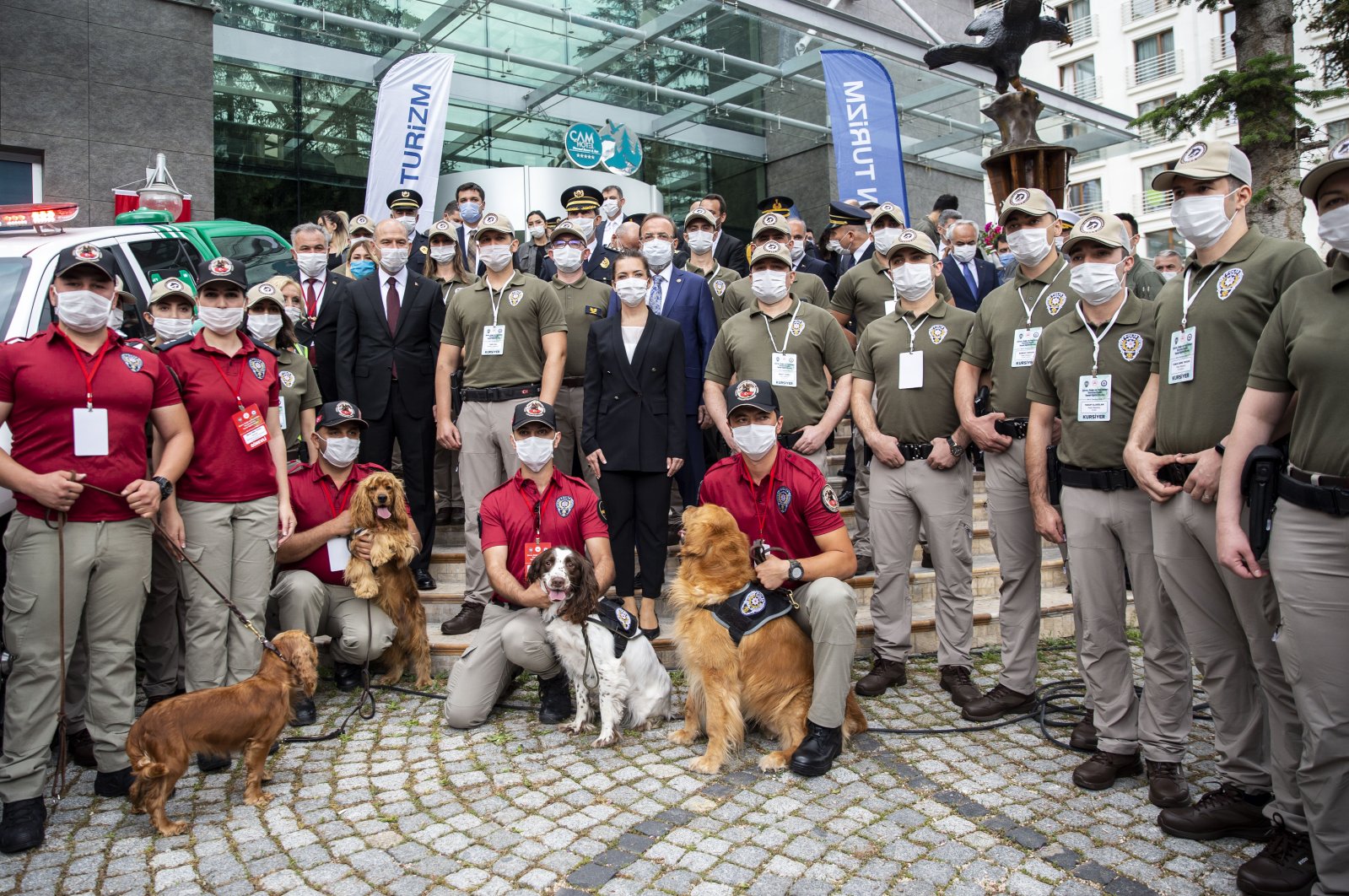 The Environment, Nature and Animal Protection Directorate, a newly formed branch of the Turkish police, started training Wednesday. The branch aims to protect wildlife and animals from abuse and other crimes.

Interior Minister Süleyman Soylu attended the launching ceremony for the training in capital Ankara. He said 260 police officers will be trained initially.

Designated police officers attired khaki t-shirts and will carry animal handling equipment. They will be aided by an app called Haydi, which is currently being developed. It will enable citizens to report crimes against animals.

The legislation that enabled the new force has been in the works for a few years, but the process sped up last year as Turkey was shocked by a series of animal murders and mutilations, with many of the perpetrators getting away with fines alone.

Despite being often referred to as a haven for stray animals, especially for cats roaming free in its cities, Turkey occasionally faces incidents of violence, cruelty and animal rights abuse.

Animal rights activists have long campaigned for violence against animals to be categorized as a crime instead of misconduct, in addition to aggravated penalties.

Although Turkey has had a law on the issue since 2004, called the Animal Protection Law, the offenses are evaluated within the context of misdemeanor law, treating animals as if they are human "commodities," meaning that it is not possible to issue a judicial punishment in the case of an offense. With the new proposal, those who torture and/or kill animals will face jail time, with all offenses against animals included within the Turkish Criminal Law.

The new law oversees the establishment of an Animal Welfare Fund that will provide financial support to municipalities regularly for activities specific to animal rights and their protection. The municipalities will also dedicate 1% of their budget directly to animals, enabling the municipalities to increase the capabilities of animal shelters and other services.

Animals themselves remain an integral part of law enforcement. Soylu said they helped the counternarcotics department of the police in the seizure of nearly half the drugs seized in 2018 and they helped find as much as 42% of drugs between 2019 and 2020.

The Turkish National Police runs a Dog Training Center that certifies dogs used by security forces in the country, including gendarme and customs officers. Currently, 451 dogs certified by the center work in a wide variety of areas, from sniffing explosives to finding narcotics.

Soylu said dogs have been life-saving heroes for law enforcement, giving the example of Zehir, a police dog that jumped on a terrorist and prevented him from detonating explosives which could have killed some 42 security officers at the scene during an operation in southeastern Turkey’s Mardin recently. "Our sniffing dogs also helped find 16 missing bodies in murder cases in the past three years alone," Soylu said.