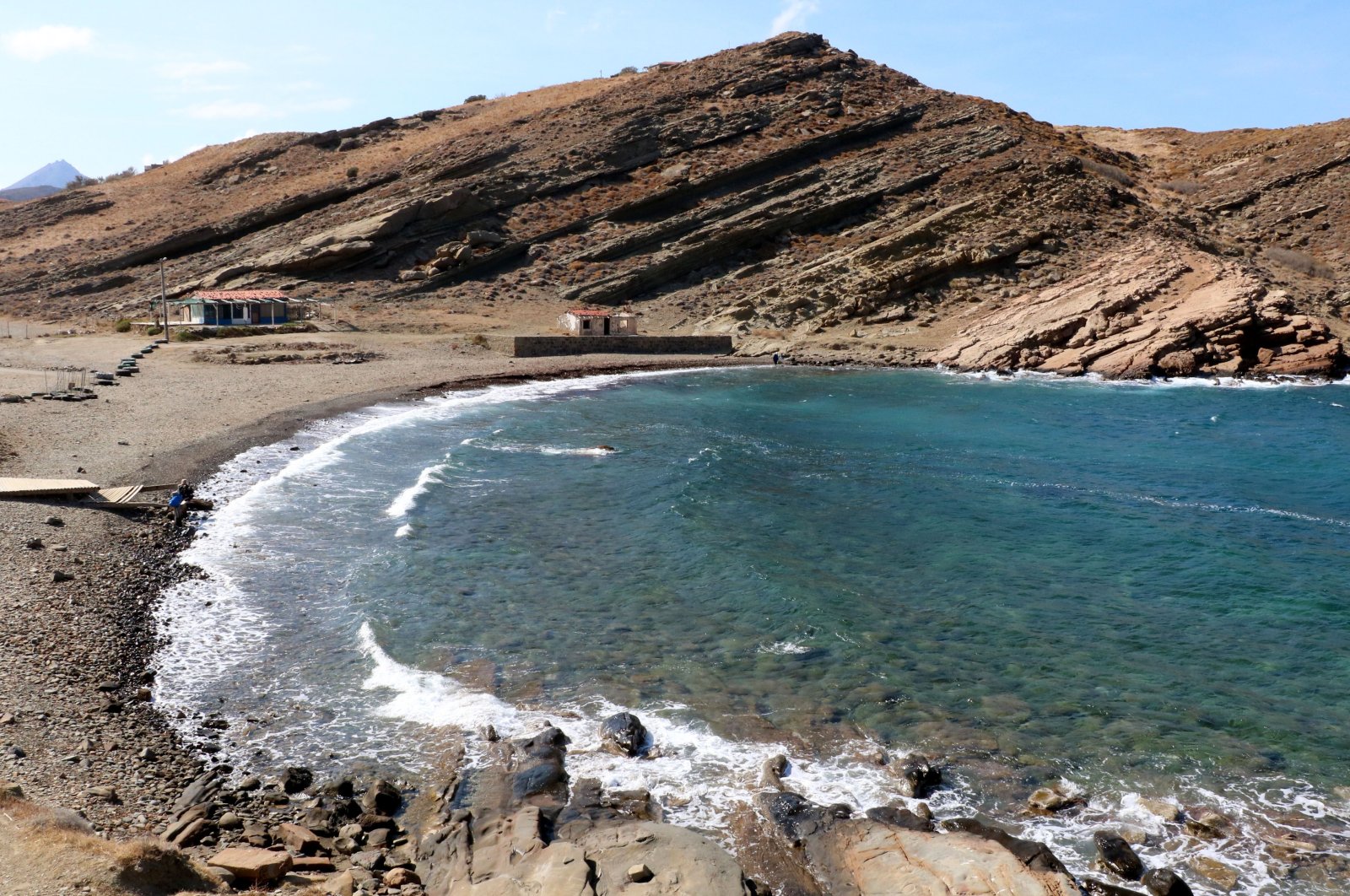 A pristine corner of Gökçeada, an Aegean Turkish island, may lose its quaint status soon. On Thurday, the local municipality approved a limited development plan for Yıldız Cove, home to Turkey’s first and only underwater national park. The mayor defended the decision as something confined to “the idea of giving a clean place for people to live without disturbing the ecosystem.” But critics say development should not be allowed at all at the cove, which is a natural wonder preferred by swimmers seeking a calm place in this less inhabited part of the island.

The municipal assembly approved the development plan despite the objection of members of the Republican People’s Party (CHP). Ünal Çetin, mayor of the island, which is a district of western province of Çanakkale, told Demirören News Agency (DHA) that they wanted to comply with earlier regulations brought forward by the Ministry of Environment and Urban Planning while at the same time sustaining tourism of the island. The island, Turkey's largest, has a population slightly over 10,000 and its economy relies on tourism and agriculture.

The mayor says the procedure was in line with laws regulating housing development in coastal areas and they would only allow a minimum rate of housing development. “I am not proponent of opening up such beautiful spots to development but I am doing what the laws allow. It is our goal to provide a location with all services available to tourists visiting the cove,” he says.

Critics of the decision who launched an online petition against it say Yıldız Cove is a temporary and permanent home to a diverse array of species. It is a breeding ground for both the Mediterranean seal and sperm whale

The approval is still subject to an approval by a local board overseeing the preservation of cultural and natural properties. Ahmet Aydın, an assemblyman from CHP, says they would take the decision to court. “This is a place with rich underwater flora and an archaeological site as well. It is wrong to allow development here. They proposed a low rate of development but there should not be any at all. We hope the board will not approve it,” he said.