Turkey's policewomen out to get PKK terrorists 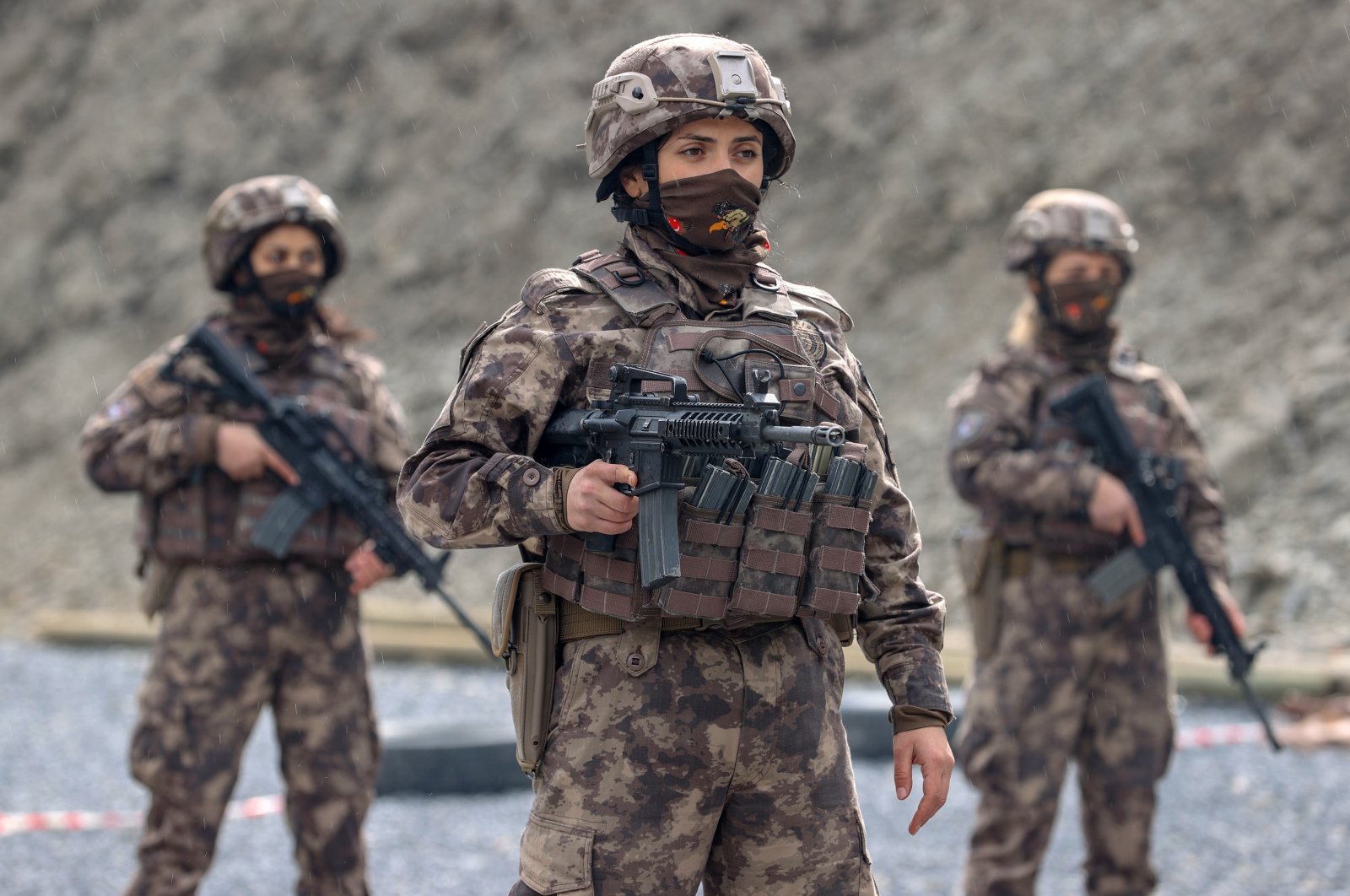 Turkey's female police forces have dealt a heavy blow to PKK terrorists holed up in the country's east.

The special force in the Hakkari Police Department is on duty all year round.

The women's force keeps watch on terrorist hideouts in the hills and takes necessary measures to secure peace in the city.

Just a day ahead of International Women's Day, the police force said in a message that women can achieve whatever they set their heart on.

Speaking to Anadolu Agency (AA), a police officer said they receive rigorous training to perform at their optimum under difficult terrains and extreme weather.

"As a Turkish woman, I am honored to work with my friends in this challenging geography for the integrity of the country," she said.

"I congratulate all Anatolian women on International Women's Day. We stand by them.

"Hakkari may have a tough topography, but we come here on a voluntary basis after receiving all the necessary training to overcome all kinds of obstacles, without discriminating between the east or west of the country."

"We are willing to go wherever duty calls us," she said, adding that she is "proud to serve the lands where the blood of martyrs has been spilled."

Aside from security forces, locals of the eastern and southeastern Turkey have also been voicing their opposition to the PKK terror.

A sit-in protest against the PKK/YPG in the southeastern Diyarbakır province of Turkey has been continuing for more than 500 days.

The protest started when Hacire Akar turned up on the doorstep of the pro-PKK Peoples' Democratic Party’s (HDP) Diyarbakır office one night, demanding to be reunited with her son. Akar’s son Mehmet returned home on Aug. 24, 2019, giving hope to other families. A week later, on Sept. 3, 2019, families inspired by Akar staged a collective sit-in protest.

At least 24 sons and daughters of the protesting families have so far reunited with their families after surrendering to Turkish authorities.

A significant number of suspected terrorists have begun to flee the PKK and surrender, but many terrorists lack the courage to leave the group out of fear of severe punishment if caught. More than 235 members surrendered to Turkish security forces in 2019, with 112 surrenders in 2020.

In its 40-year terror campaign against Turkey, the PKK – listed as a terrorist organization by Turkey, the United States and the European Union – has been responsible for the deaths of nearly 40,000 people, including women, children and infants.