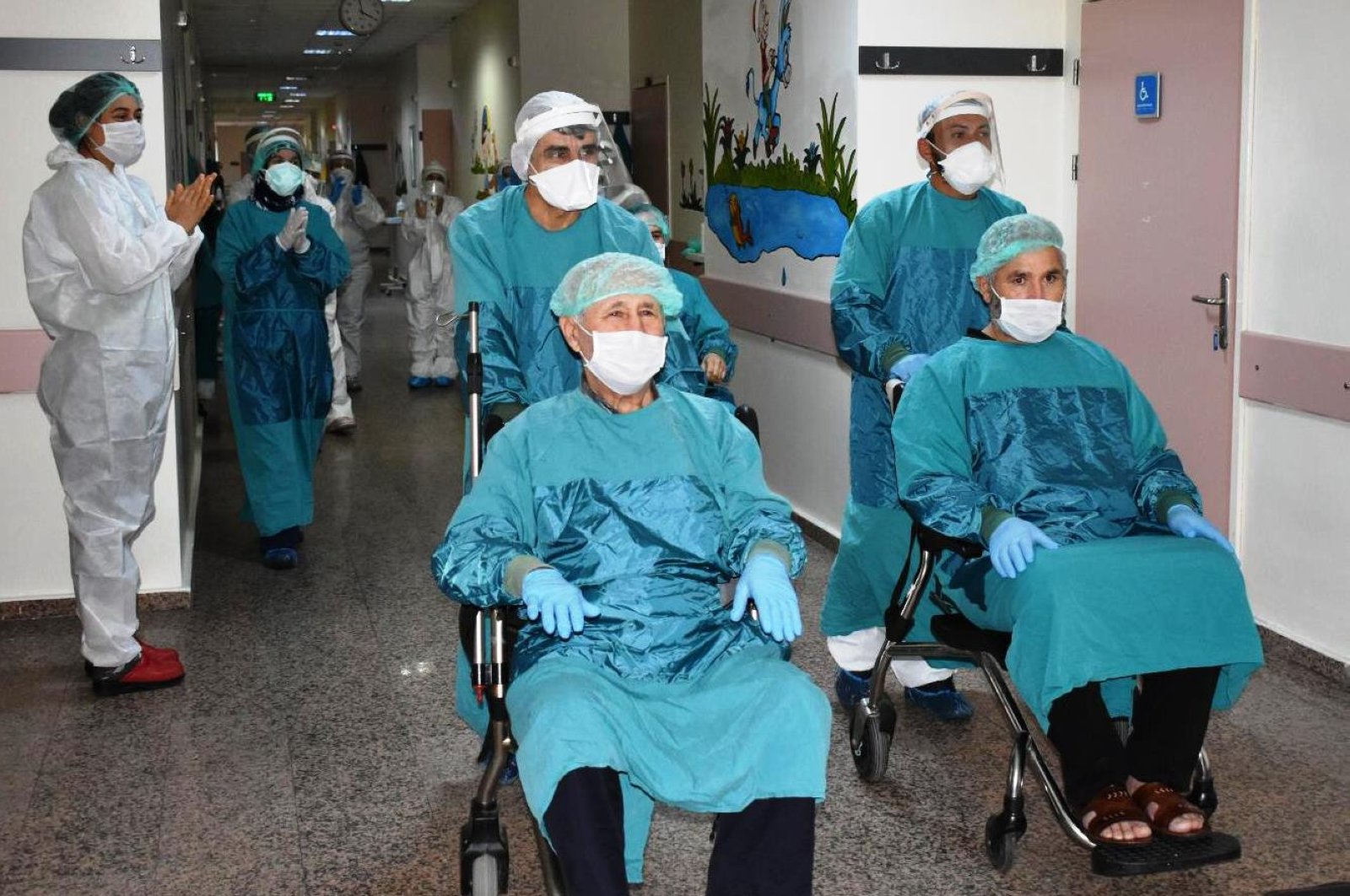 “I couldn’t breathe, smell or taste,” Songül Perçin remembers about the days that led to her hospitalization for COVID-19. The 42-year-old woman is among more than 161,000 people who have recovered from the deadly disease that has gripped Turkey since March. She and other recovered patients gave an account of their plight and called on the public to comply with measures such as wearing masks and being aware of social distancing.

Getting infected marks the beginning of a painful process for many COVID-19 patients. In the absence of a vaccine or treatment, doctors resort to medicines proven to be only partially effective against the coronavirus. However, this being a “novel” infection, drugs can fail at times. All in all, surviving the virus depends on one’s health prior to infection. Patients who are in good health and do not have a history of chronic illnesses have a higher survival rate. Most fatalities in Turkey are among senior citizens.

Perçin recalls her first days with the coronavirus as times when she could not “react to anything.” She said: “I had a very sore throat, had no sense of smell or taste. I only felt better when I started taking drugs at the hospital.” When her latest test returned negative, Perçin was discharged from the hospital and spent 14 days at her home in Istanbul in self-quarantine. “May God not give it even to my enemies. This is a very painful disease,” she said.

Aziz Baydır, 55, did not suspect he had the virus. “I had a strong fever and lost my appetite. I was diagnosed with coronavirus when I went to the hospital,” he said. Baydır spent 12 days in the hospital and another 14 days in quarantine at home. “It took about one month for a full recovery. I am grateful to the health care workers,” he said.

Baydır also says the disease cut him off from his family, who could not visit him throughout his stay at the hospital or once he entered into quarantine at home. Baydır calls on the public to observe mandated restrictions and especially heed the advice of adhering to social distancing. He now wants to help other COVID-19 patients and has donated plasma twice to be used for complementary plasma therapy for other patients.

Turgut Tunç lost his father-in-law to the coronavirus but he and his daughter managed to recover. Their family, including Tunç, his wife, daughter and father-in-law, were staying at his house in Istanbul’s Şile district when the three were infected. Tunç's wife tested negative. “It is impossible for those not infected, who have not lost anyone to COVID-19 to understand what we went through. If they knew the pain I suffered, they would not step outside, let alone not wear masks,” he said.

The first signs of the disease were severe pain on his chest and back. Tunç says he felt like a razor or knife had cut through him at first. He thought he had spent too much time outside being exposed to wind or that it was common muscular pain. Despite the symptoms, he was reluctant to go to the hospital. “I did not want to give extra trouble to doctors already burdened with cases. I consulted with my doctor friends, and they asked if I had a fever and other symptoms of coronavirus. A few days later, I had the symptoms and the pains became unbearable,” Tunç said, though he never had a fever. When his situation worsened, he was taken to a hospital.

His father-in-law started having the same pains and both were at the hospital when a doctor came in to announce their test results. “He said one of us had an illness and when my father-in-law started having breathing problems, they took him to another hospital. I last saw him in the ambulance, and one week later, he passed away,” he recounted. Two days after his father-in-law's death, Tunç found out his test was also positive. His situation was not as bad as other patients and he spent his days in quarantine at home. Health care staff regularly brought him medication and doctors checked on him every day.

He had a severe heart spasm the day his father-in-law was buried but Tunç said he was afraid of going to the hospital. “I also lost relatives of my in-laws and I couldn’t even go to their funerals two streets away,” he said. “I told my family I wouldn't go to a hospital because anyone I know who went to a hospital died. I wanted to die at home."

Tunç said that the first nine days were very difficult but the pain became less severe later on. “One needs good isolation, and I was lucky to live in a village. I could walk around my home though I forgot how to walk because of the pain. It was very hard, and I was feeling like my death was imminent every day."

More than three months after announcing its first coronavirus case, Turkey has carried out nearly 3 million COVID-19 tests, according to data shared by the Health Ministry. As of Monday, 2,986,653 tests have been carried out across the country since March 10, when the health ministry announced the nation’s first confirmed coronavirus case.

According to Koca, some 41,413 tests were carried out in the last 24 hours, and 1,212 new COVID-19 cases were confirmed during those tests, bringing Turkey’s number of total cases to 188,897. Meanwhile, the number of patients who have recovered from COVID-19 increased to 161,533 with 1,293 new recoveries over the past day, the minister added. "The number of patients recovering today tops the number of new cases. But the difference is not enough for our struggle. We must bring down the number of cases through the measures we take," Koca said.

The minister also said 24 new COVID-19 fatalities were reported over the past day, bringing the total death toll to 4,974, the data showed. A total of 846 patients remain in intensive care units across the country.