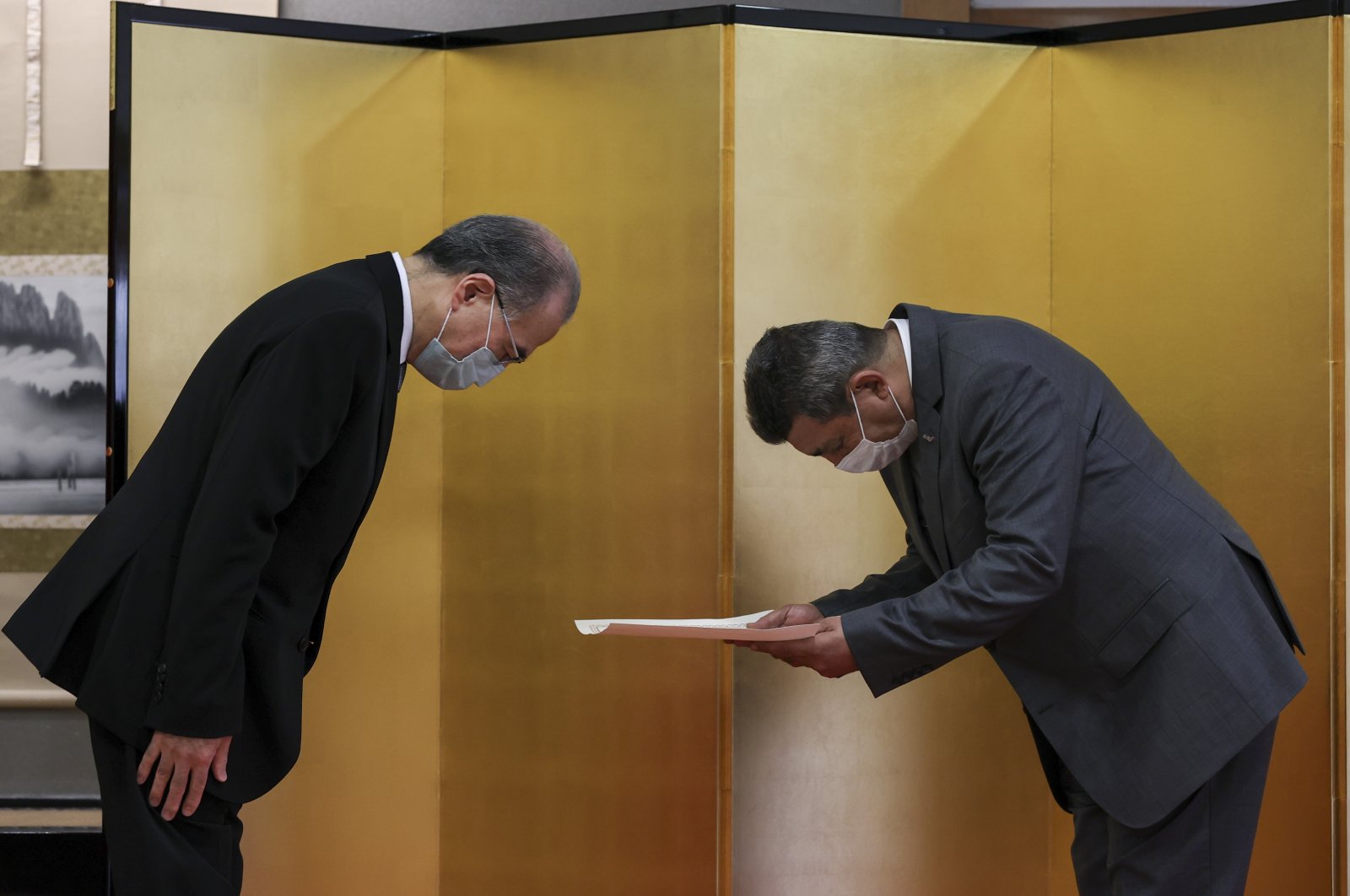 Turkey's Disaster and Emergency Management Authority (AFAD) was given the Japanese Ambassador Award for its assistance after the 2011 earthquake in Japan.

The ceremony marking the 10th anniversary of the earthquake was organized at the Japanese Embassy in Ankara.

AFAD Deputy Chairperson Hamza Taşdelen and the head of the Bursa province branch Yalçın Mumcu attended the ceremony along with the other officials.

Japanese Ambassador to Turkey Kazuhiro Suzuki presented the award to Mumcu and thanked AFAD for its contribution to strengthening relations between Japan and Turkey.

He underlined that the teams from Turkey performed rescue activities under extremely difficult conditions in the disaster area despite cold weather and the tsunami.

Mumcu, for his part, thanked the envoy for the award, adding that the Turkish rescue teams were immediately dispatched to Japan following the disaster by the Turkish government.

"What we did was just to fulfill the order given to us by our state, to heal the wounds of the Japanese people on behalf of the Turkish nation, to remind them that we are brothers who think about them and share their pain," Mumcu said.

Taşdelen in his speech stressed that Turkey and Japan are two countries "with common fate" that have been exposed to natural and human-related disasters, especially earthquakes.

"Despite the painful consequences, the disasters also led to the convergence and cooperation of the two countries," he said.

He went on to say that the 33-person AFAD search and rescue team was the first and the longest-working foreign team to go to Japan despite the radiation hazard emitted from the nuclear power plant.

The cooperation between Turkey and Japan in that regard was reinforced in recent years when AFAD signed a deal with Japanese authorities to bolster cooperation in reducing the impact of disasters.