Turkey’s Şanlıurfa falls behind on jabs, feels the COVID-19 sting 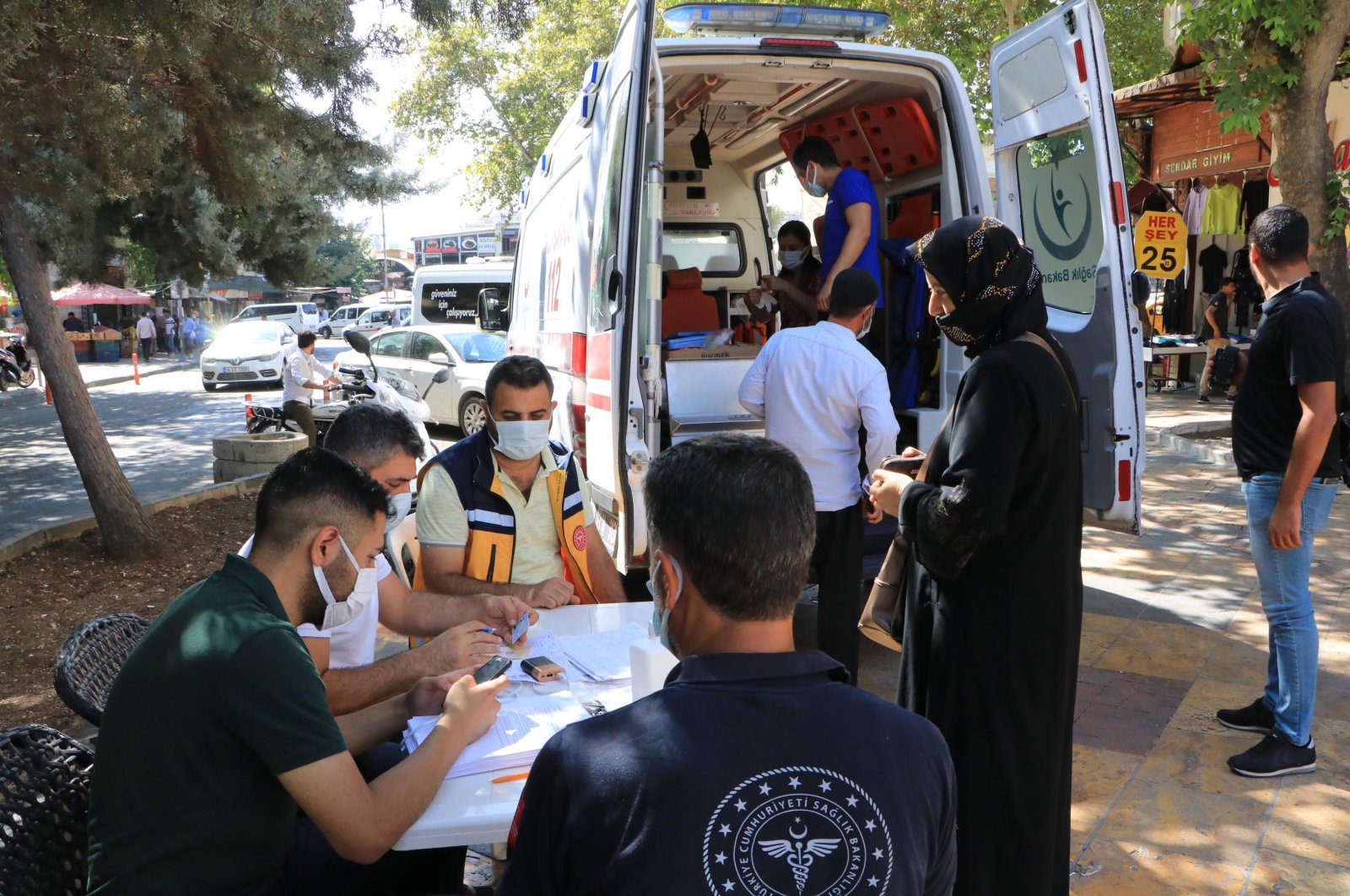 Şanlıurfa does not stick out in its region regarding vaccination rates, but this southeastern Turkish province now has the unenviable title of Turkey’s least vaccinated place. The COVID-19 vaccination rate is still at 55% in Şanlıurfa, while its neighbors Diyarbakır, Mardin, Gaziantep and Adıyaman already surpassed it.

Authorities view it only as natural that 96% of coronavirus patients in the province of more than 2 million are unvaccinated or have skipped at least one dose of the vaccine. The province is among nine out of 81 provinces of Turkey that have low inoculation rates. All are located in the country’s east or fall under the “orange” category in the Health Ministry’s color-coded vaccination map.

Vaccine hesitancy and outright opposition to vaccines are the only causes of low rates, something local authorities are trying to eradicate. The governorate and the local branch of the Health Ministry have mobilized to boost the vaccination rate. Apart from hospitals and neighborhood clinics, vaccines are offered in nine other venues while 44 health care teams visit remote, rural neighborhoods and houses of people refusing vaccines to convince them.

Professor Mehmet Gülüm, head of the Directorate of Health in Şanlıurfa, said all public sector workers and health care staff are sacrificing their time to boost the rate. Gülüm said a fourth wave of the pandemic began in July, and they have seen a dramatic rise in the number of younger patients, which continues to this day. “This is the main feature of the new wave, that it affects young people more. (Unlike the previous waves), younger people die of the coronavirus or are admitted to the intensive care unit,” he said. He added that the rate of unvaccinated among patients was also the same, more or less, since July. “Based on our experience, we will see another wave either late November or in December. Currently, the pandemic’s burden on our health care is not as high to disrupt services, but this may be the quiet before the storm. The cases usually increase during winter, and provinces with low vaccination rates pay the price. We urge all citizens to complete their vaccination process so they can stave off a new wave,” he told Anadolu Agency (AA) on Thursday.

The country is already grappled with a rise in the daily cases tally, though it is relieved to keep the number between 20,000 and 30,000, while daily fatalities rarely drop below 200.

Factors vary in the new surge, which is worsened by the fast-spreading delta variant. Young people, or those below 30 years of age, make up more than half of COVID-19 cases. Increased mobility after a return to in-person education in September and apparent neglect of mandatory masks and social distancing rules contribute to this new wave of cases.

Experts had already predicted the new surge in autumn, a time when more people spend time indoors and in crowded places. The country had to reintroduce strict restrictions last autumn in the face of a steep rise in the number of cases. The vaccination program, in parallel with a new normalization process this summer, was opened up for more people. In addition, The authorities lowered the eligibility limit for the CoronaVac and Pfizer-BioNTech vaccines to 15. With more than 119 million doses administered so far, Turkey has made significant progress. Yet, younger people tend to embrace vaccine hesitancy, a major obstacle to the vaccination program, according to experts.

Sabahat Tatlı is among them. The 24-year-old pregnant woman is undergoing COVID-19 treatment in the southern province of Hatay and regrets skipping vaccination. Tatlı tested positive three months ago and initially suffered from mild symptoms. But she was hospitalized a few days ago when her health deteriorated. Struggling to speak as she remains on oxygen support, Tatlı hopes to recover and give birth. “I felt too tired, and my coughing worsened. I felt pain in my lungs and spat blood,” she recounted her first days of the illness to AA. “This is a horrible disease, and may Allah not give it to anyone. It is almost worse than death,” she said. Tatlı lamented delaying vaccination to the period after childbirth and called others to get their doses as soon as possible.

Cases rise in the west

The Health Ministry regularly publishes COVID-19 statistics. The latest figures show a climb in cases in the Marmara region in the west and the Black Sea in the north. Professor Vefik Arıca, dean of Faculty of Medicine at Yalova University in the eponymous province in the Marmara, said case numbers have been decreasing elsewhere except these two regions. “Only way to stop them climbing further is by increasing the vaccination rate. Arıca told AA that the rise in COVID-19 cases is proportionate to vaccination. “For example, Spain had three times higher number of cases and deaths than Turkey in the past, but they boosted vaccination rate above 80%, and the number of deaths has reduced to two digits,” he said.