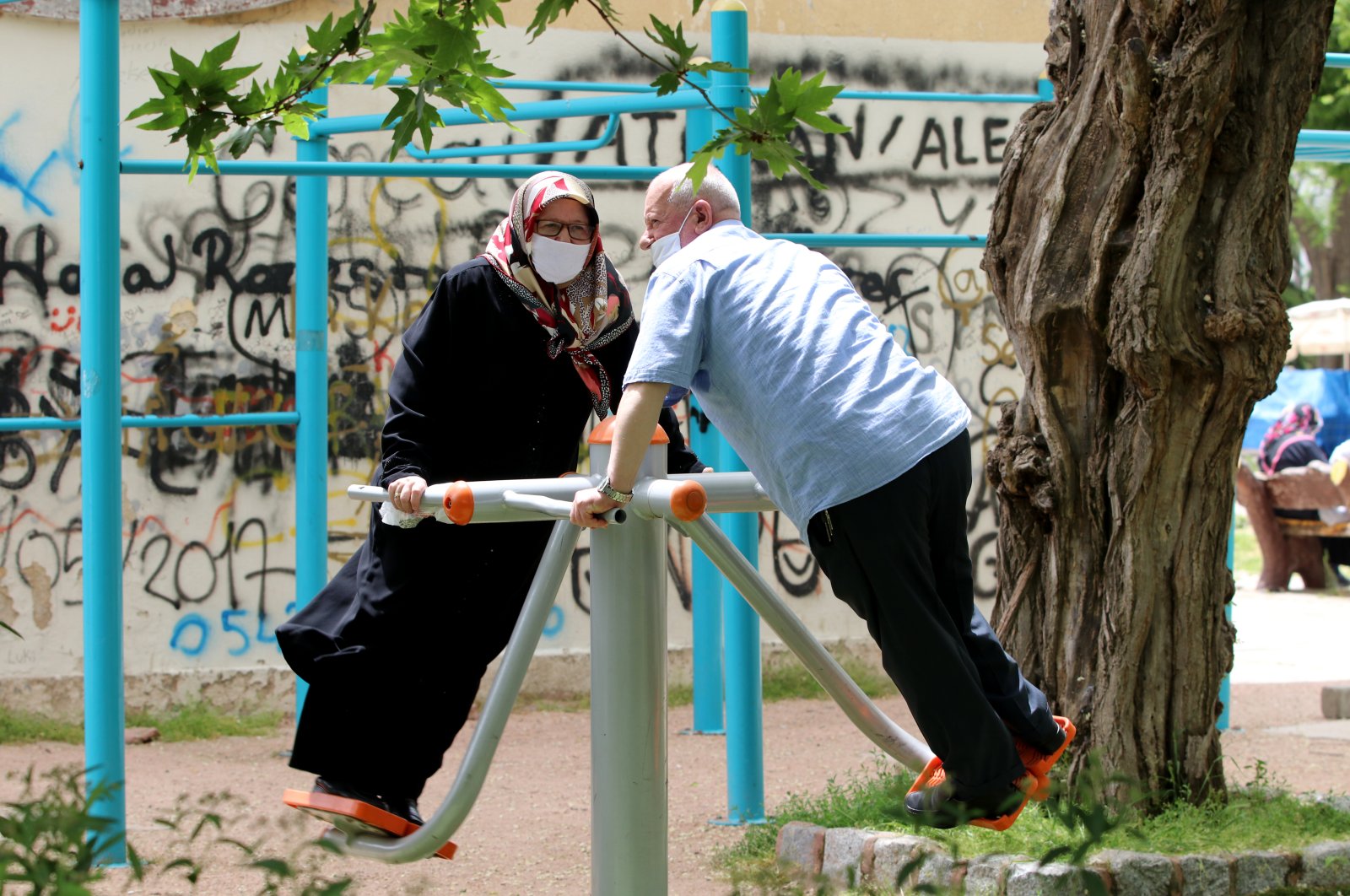 For the second time in nearly two months, senior citizens of Turkey were allowed to go outside for a period of time as part of Ankara’s plan to ease coronavirus restrictions and return daily life to normalcy.

Allowed to go to parks within walking distance of their homes, seniors were spotted enjoying the sunny weather across much of the country.

With masks on their faces and the hand of their spouse, or the occasional cane, in one hand, the elderly took hourslong strolls in parks and greeneries across Turkey. But perhaps the luckiest were the ones in the country’s most populous cities, as the seniors in Turkey’s largest 15 provinces got the exclusive rights for an outing with others being under curfew orders.

While Ankara reduced the number of cities to be put under curfew from initial 31 to 15, Istanbul, Ankara, Izmir and other crowded cities were placed under a four-day lockdown to prevent a spike in new COVID-19 infections.

Instead of the usual traffic of the crowded cities, streets were filled with citizens aged 65 and above.

When the outbreak first began in Turkey, the government initially imposed a curfew for the country’s senior citizens, ordering anyone aged 65 and above to stay home. The curfew was later extended to include youth aged 20 and below, as the number of coronavirus cases increased dramatically.

However, new infections across the country have been on the decline since April 21, prompting Ankara to ease some of the restrictions placed on daily life.

As part of the normalization process, Ankara decided to allow allocation of three different days to three different age groups to go outside. Elderly got the Sundays, children aged 14 and younger got the Wednesdays and teens aged between 15 to 20 were given Fridays for their weekly outdoor allowance.

The government initially allowed seniors to go out from 11 a.m. to 3 p.m. but the time period has been extended by two hours after authorities lauded the senior citizens for their adherence to the rules during their first outing.

And with the increasing temperatures due to a heat wave from Northern Africa, the time allowed was shifted to begin from 11 a.m. to 12 p.m. to protect seniors from sudden spikes in temperatures and help them assess the heat before going outside.

Experts have warned that temperatures across the country would be 6 to 10 degrees Celsius higher than seasonal averages and the seniors should be careful about heatstroke, but it seemed the sweltering weather failed to deter the elderly from skipping their day out.

Seeking relief from the scorching sun under a shade of a tree in Eskişehir province, a senior man said the allowed times should be shifted to night to help the elderly better cope with the heat.

Another man sought relief by taking brief a swim in Istanbul’s Bosporus.

“I went outside at 12 p.m. sharp. First, I fed the seagulls. Then I gave some water to the dogs. After realizing how hot it is, I decided to go into the water. But it was very cold,” 66-year-old Bilal Kallıkçı said to Demirören News Agency.

Thanking the seniors for their strict obedience to rules, Health Minister Fahrettin Koca said Turkey’s fight against the virus crisis wouldn’t be the same without the patience the senior citizens have shown during the curfew imposed on them.