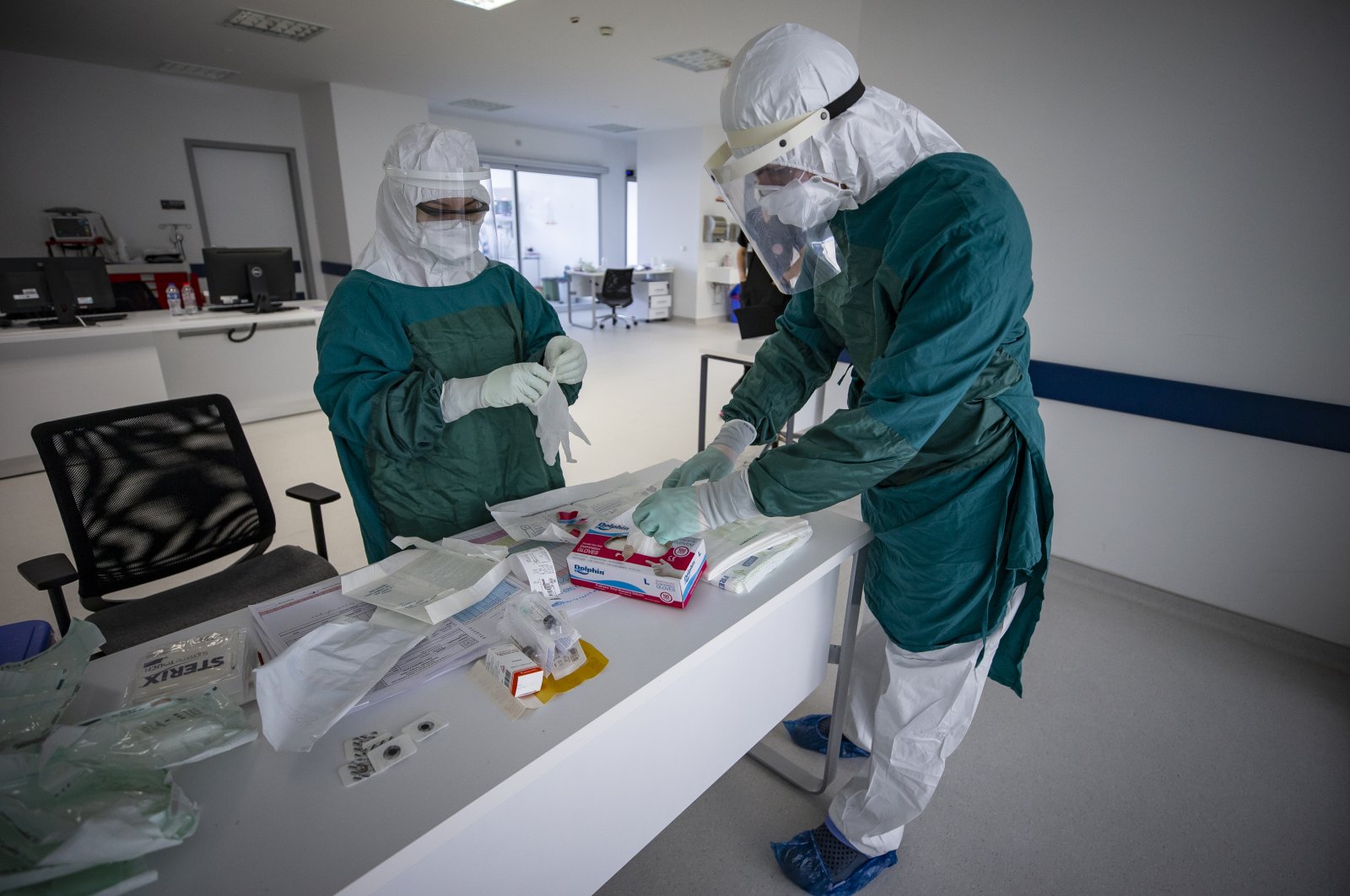 During the coronavirus crisis, Turkey – compared to more
advanced countries – appeared to have an excellent health care system, with almost no capacity problems in its hospitals, or a lack of health care workers and medical equipment.

Yet, in order to prepare itself to face another possible crisis, the country has been continuing to find new ways of consolidating its health care sector and pinpointing its shortcomings through a World Bank-backed project.

"Turkey's success in health has been celebrated around the world," Auguste Tano Kouame, the World Bank country director for Turkey, told Anadolu Agency.

Starting in 2003, Turkey has implemented a health care transformation program with great success, he added.

According to Kouame, the country has boosted its hospital capacity significantly via the program, making it even better than many advanced economies.

Kouame also said the transformation contributed to a drastic drop in infant and maternal mortality, along with supporting efforts to expand tertiary care and research and development efforts.

All of these factors helped Turkey respond to the COVID-19 outbreak better, he said.

He stressed that the reason the death toll from the coronavirus in Asia is lower than in many parts of the world is that Asia invested in its medical facilities for many years before the current crisis.

"I think that we could say the same about Turkey, which equipped each hospital in a way that is very respectful," he said.

Pointing to previous projects supported by the World Bank, Kouame noted especially the aftermath of Turkey’s devastating Marmara earthquake of 1999, which killed some 17,000 people, when the country had put in considerable amount of work to rebuild and upgrade some hospitals.

"And then some of these hospitals that we had strengthened, contributed to Turkey's capacity in the fight against the virus," he said.

Giving some background on the current health care project done with the World Bank, he said the Turkish government acted quickly to boost the capacity of its health care sector.

"The Turkish Health Ministry, in particular, recognized that more needs to be done in order to ensure the safety of lives," he added.

Numerous virtual meetings were held with the government to discuss how Turkey could benefit from the bank’s $14 billion global fast-track facility, he said.

Through this initiative, the bank aims to help developing countries strengthen their pandemic response.

Turkey is one of the countries using the fast-track facility, through which it will receive a $100 million loan from the bank.

"A hundred million is a respectable figure but compared to the size of projects financed by the World Bank in Turkey, it’s not a large number," he stressed.

But this hundred million is very important, he added, as it is focused on something very specific, namely strengthening Turkey's capacity to fight the virus.

Kouame also explained how the World Bank determines the amount of funding for countries.

"Depending on the size of the population, countries can have up to X amount in the facility."

“Turkey, for example, was in the second group of large countries, and for that group, we allocated an amount of $50 million under the facility," he said.

Turkey, he highlighted, decided to double the amount by borrowing an additional $50 million from the World Bank.

Under this facility, the World Bank also decided to waive the commitment fees on countries' allocation of the fast-track facility support.

Usually when a country borrows from the bank, it is charged on the not yet disbursed amount of the loan, which is the commitment fee.

"Turkey has a fairly good capacity on the side," Kouame said, adding that the challenge for the bank was to be sure that what it is providing can add value to what the country can do on its own.

Both sides identified areas where more needed to be done, and one such area is having more medical staff, he said.

"So the equipment is fine, hospitals are good, but you need to have enough people to take on an increased level of patients that you could face in an outbreak," he explained.

The Health Ministry also emphasized the importance of boosting the size of the primary health care workforce.

The project also aims to enhance Turkey's capacity in mobilizing additional mechanical ventilators in bigger cities like Istanbul, which has had almost 60% of the total cases in the country.

Another area identified under the project is the testing capacity of Turkey, which needs to be raised, he said.

But as the economy reopens, Kouame warned, the government will need to do more testing.

Contact tracing, he added, it is one of the areas that Turkey should focus on.

In a pandemic like this, it is important for people to be able to know who they have been in contact with, he stressed, which is where contact tracing comes in.

Kouame also said Turkey benefited in reducing the mortality rate from the virus from factors having nothing to do with its quality medical facilities.

One such factor is its demographics, he said.

"With a young population, you can have more control over the fatality, even if you have a high infection rate, you can hope to have a lower fatality rate," he stressed.

As for post-virus scenarios, he also said Turkey could actually benefit from certain aspects of the crisis.

"The global economy and value chains will restructure themselves," he noted, citing the example of China and its position in the aftermath of the global financial crisis.

When the world came out of the 2008 crisis, the driver of global growth was China, and it contributed a lot to the recovery of the global economy through its own growth, he explained.

“I think the same won’t be possible for China in the post-coronavirus era, meaning other countries will need to step in.”

"Perhaps Turkey has a chance to contribute a bit more to global growth than it did after 2008," he suggested.

He stressed that Turkey could position itself as a supplier of goods and services to Europe or even to the U.S., and Asian countries that are closer to its soil.

"If the country was able to do that, then it will be a stronger player in the global economy," he said.

He also suggested that Turkey could have a way of maintaining domestic consumption even in the post-virus era through investing in technology that allows us to replace social interaction with electronic interaction.